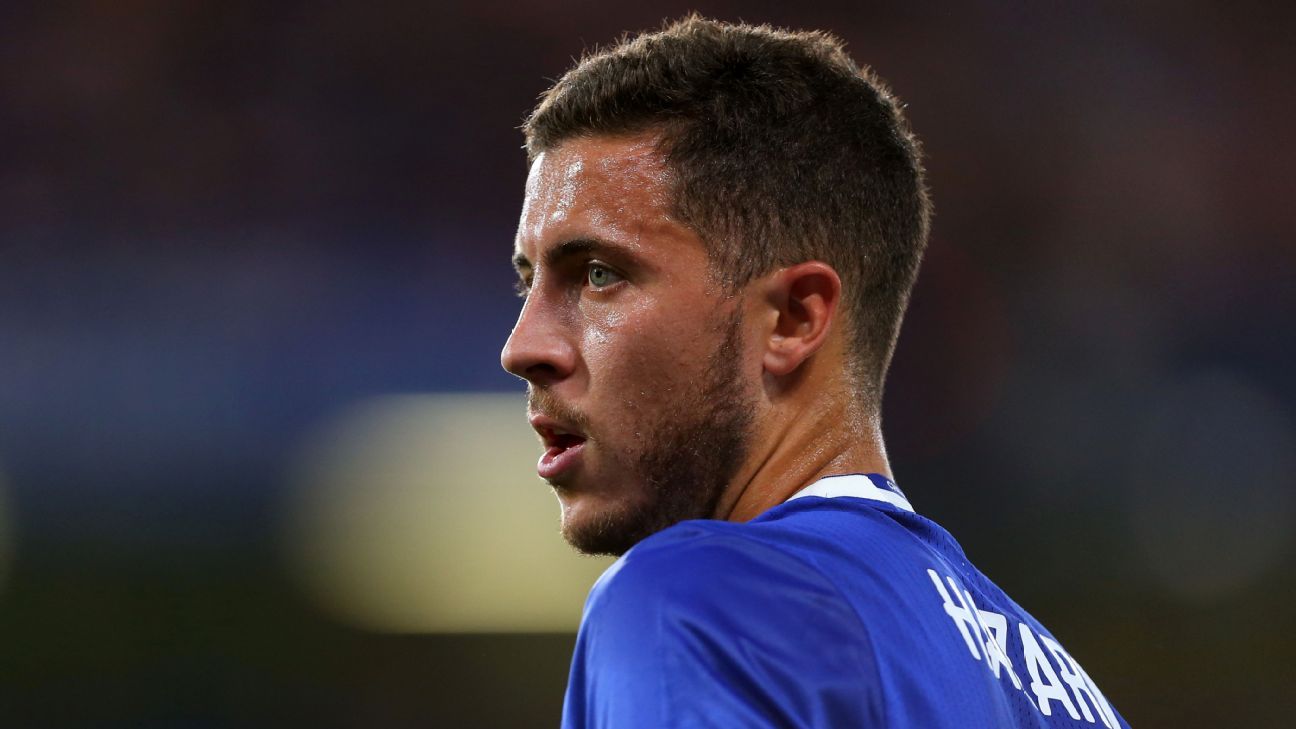 Neymar‘s move to Paris Saint-Germain inches toward completion, and Metro cites French broadcaster RMC as reporting that the Brazilian is set to sign a five-year contract, with the Parisian club set to finalise a deal with Barcelona worth €222 million on Monday or Tuesday.

Madrid-based publication AS reports that PSG sources say that the taxes that come with triggering that nine-figure release clause will be too much to bear and they are open parting with one or more of Angel Di Maria, Blaise Matuidi and Lucas Moura to bring that fee down to a more manageable figure.

The writing, it seems, is on the wall, and Barcelona are preparing to react, according to the Mirror.

Philippe Coutinho is a well-documented target, having already seen an offer knocked back by Liverpool. Chelsea’s Eden Hazard, sidelined until September, would be another ambitious target, and the Catalan club has identified a third valued commodity in Tottenham’s Dele Alli.

Armed with more than €200m, assuming Neymar’s buyout clause is triggered, and with the window winding down, Barca will likely need to spend most of their windfall to prize any of the three Premier League stars from their clubs.

Manchester United are hoping they can reignite a deal for Inter Milan winger Ivan Perisic after wasting time looking into signing Gareth Bale from Real Madrid, reports the Independent.

The Red Devils believed a sensational move for the Welsh superstar could transpire after learning of Los Blancos‘ pursuit of Monaco wunderkind Kylian Mbappe. But Bale is determined to remain in the Spanish capital, meaning United will return for the Croatian wide man, who is valued at £48m by the Nerazzurri.

United are wary of meeting that price for fear that it could set a precedent for future deals, but Mourinho is desperate for a physical wide option with less than two weeks until the start of the new campaign.

Roma are not giving up on Riyad Mahrez, and despite director of football Monchi stating otherwise, they have not yet moved on to other targets, instead bidding €35m for the Algerian, plus bonuses, reports Gianluca Di Marzio.

The Giallorossi must reach the Foxes’ €40m valuation, though, or a Premier League rival will need to stump up €50m; otherwise, Mahrez will stay at the King Power Stadium this season.

That is likely to be the final offer from Roma, who are looking to replace Mohamed Salah after his £37m move to Liverpool.

Chelsea have switched focus to Renato Sanches, and the Mail writes that the Blues hope to swoop in and beat AC Milan — who are reportedly deep into negotiations over a two-year loan deal — to the Bayern Munich midfielder.

The 19-year-old has been put down the pecking order after Carlo Ancelotti brought Corentin Tolisso in from Lyon.

The potential deal to bring the former Benfica ace to Stamford Bridge might have been accelerated after Antonio Conte took a close look during Chelsea’s friendly defeat to the German giants this week in Singapore.

– Arsenal want Udinese starlet Jakub Jankto, with the Czech winger watched by the Gunners last season, reports the Sun. The Zebrette prospect scored five goals and assisted four more last term, and he is one of the finest young talents in Serie A.

– Leeds are looking into a shock swoop for Valencia striker Alvaro Negredo, reports the Mirror, with Swansea also keen on the former Manchester City star. Los Che want £6.4m for the 31-year-old, who scored nine Premier League goals last season on loan at Middlesbrough but could not prevent them from suffering relegation.

– Everton outcast Oumar Niasse is in demand after an impressive loan spell with Hull last term, with the Sun reporting Brighton, Newcastle and Burnley want to sign the Senegalese striker. Five goals and an assist under Marco Silva enhanced the 27-year-old’s reputation after a dismal showing for the Toffees upon joining for £13.5m from Lokomotiv Moscow, though Ronald Koeman remains uninterested in him, meaning another loan is likely.

– Manchester United are frantically stepping up their efforts to tie down Ander Herrera to a new deal with just a year left on his current contract, reports the Star, with Barcelona viewing the former Athletic midfielder as a long-term replacement for Andres Iniesta.