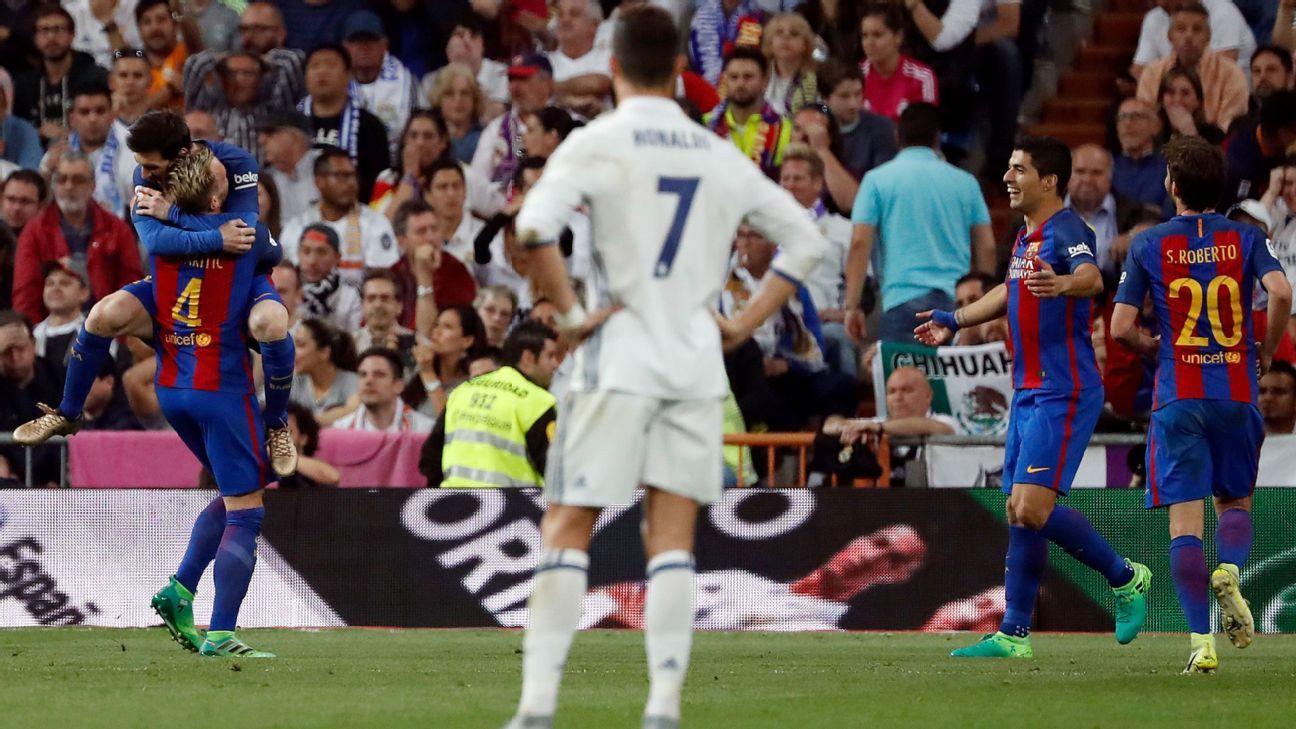 
Real Madrid will take on Barcelona at the Camp Nou in the season’s second Clasico at 8:45 p.m. local time on Sunday, May 6, it has been confirmed.

La Liga president Javier Tebas had revealed that as the likely date in February, and the football authorities have now confirmed that it will be played on the third from last weekend of the domestic season.

Leaders Barcelona may have wrapped up the title by that point, although Madrid coach Zinedine Zidane has ruled out the possibility of his team welcoming them with a guard of honour, something Tebas said he understood.

Madrid’s focus has long been on the Champions League, and their semifinal second leg against Bundesliga champions Bayern Munich is played on May 1, five days before the Clasico.