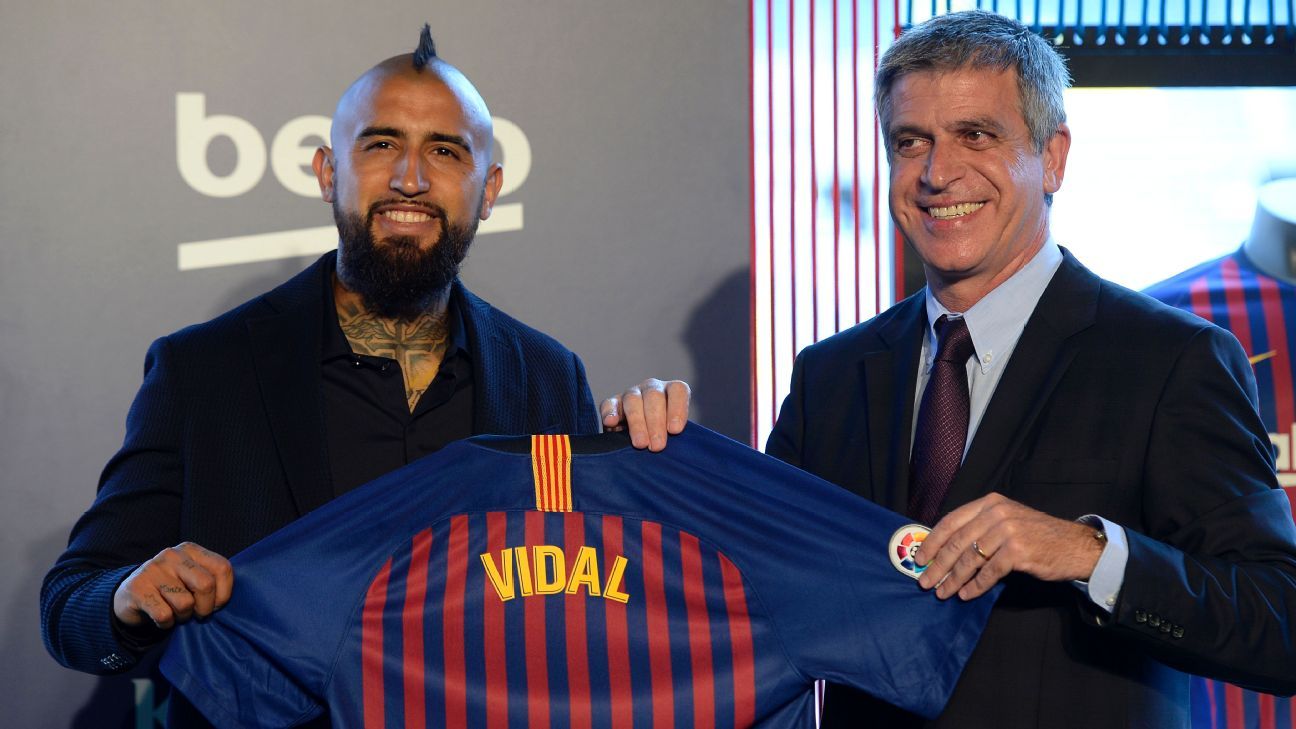 
Barcelona vice president Jordi Mestre has said the club have not yet committed to playing a league fixture in the United States despite claims they have agreed to play Girona in Miami in January.

Newspaper L’Esportiu reported on Tuesday that an agreement was in place for the Catalan derby to be played in the U.S. in 2019, revealing ways in which Girona, who would be giving up a home game, would compensate their supporters.

Mestre denied that proceedings are at that stage yet, but he did say Barca are open to playing a domestic game abroad if it helps the La Liga to grow.

“We’ve been given a brief explanation about [what playing abroad would entail] but we have not signed anything,” he told Mundo Deportivo. “If La Liga do something which brings in more money for all of the clubs in Primera and Segunda A, we’re in favour of it.

“The Premier League makes more than triple what La Liga makes. There are English teams in the lower reaches of the table that have more purchasing power than some Spanish teams near the top of the table.”

A La Liga spokesman also told ESPN FC on Thursday that nothing “has been finalised at this time; nor the teams that will play, the venue, nor the date” amid the continued backlash over plans to take a game to another country.

The Spanish Players’ Association (AFE) have complained that they were not involved in the process and even warned they could strike if the plans to play a match outside of Spain move forward.

“The AFE say that we have to look out for the players’ health,” Mestre said. “But are we taking care of the players when they cross the ocean for international games? If it’s well organised and well explained, we are in favour of [the match abroad].

“La Liga has to be strong, with attractive games, because if not, it will die. And it will be good for the teams in Primera and Segunda A. We played a friendly in South Africa and nothing happened, just like when we go on [preseason] tours. There’s money to be earned and we don’t have a State behind us that gives us that money.”

If Barca and Girona do end up playing their game at the Hard Rock Stadium in January, one of the major draws would be five-time World Player of the Year Lionel Messi.

He was a surprise omission from the shortlist for FIFA’s The Best award this year, with Cristiano Ronaldo, Luka Modric and Mohamed Salah the three nominees announced this week.

“With all respect to Cristiano, Modric and Salah, I think that Messi is above The Best,” Mestre said of the forward’s exclusion from the podium for the first time since 2006. “He’s the ‘SuperBest’ or the Best of the Bests. I don’t know what the criteria is, but for those of us that see him every week, he’s miles above The Best. He’s unique.”