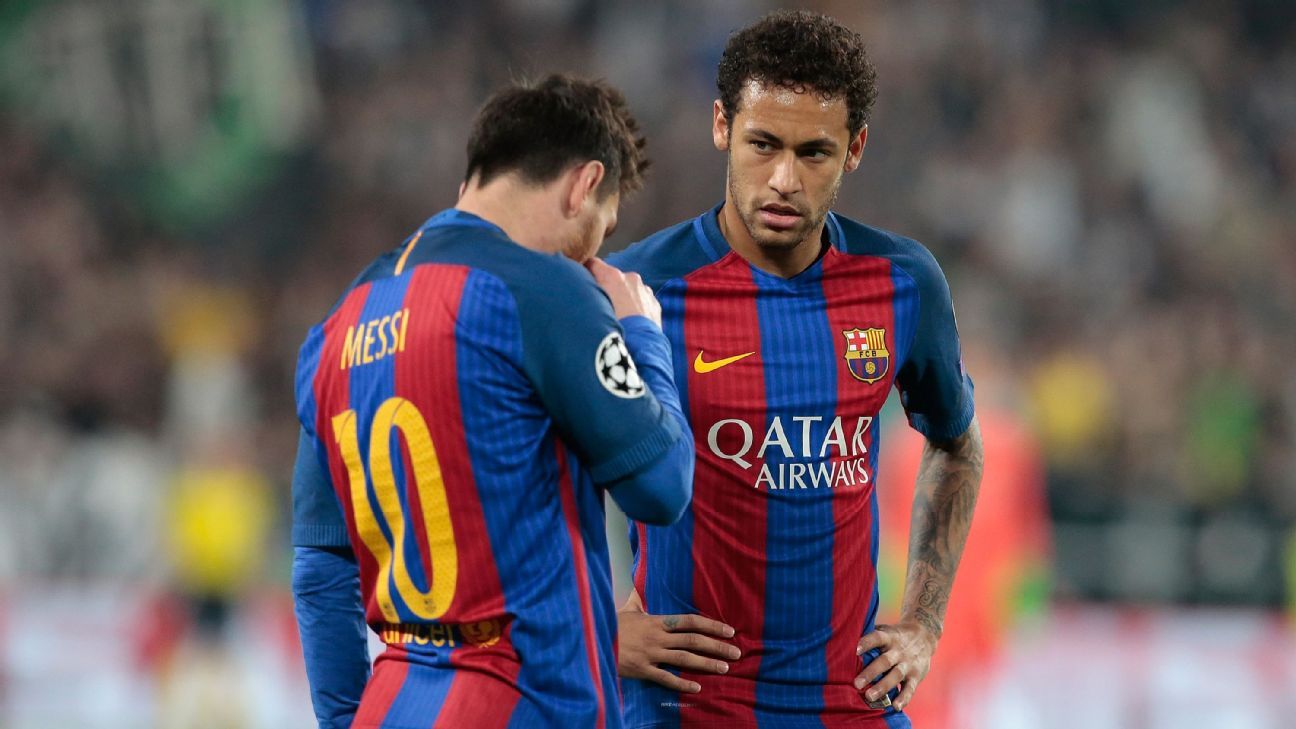 
Barcelona vice president Jordi Mestre has said he is “200 percent” convinced that Neymar will not move on amid reports that the Brazilian is unhappy enough to approve a move to Paris Saint-Germain.

Mestre addressed the transfer rumours on Tuesday at a news conference and echoed what a Barcelona spokesman said a day earlier, that Barcelona are confident that Neymar will stay.

“I’m 200 percent sure that he is going to stay,” Mestre said. “I’ve read information in the French press that PSG themselves have categorically denied it, a club with whom we are maintaining absolutely normal relations. Nothing has changed in that aspect.”

Despite Mestre’s insistence, shortly after he spoke a report emerged from Brazilian outlet Esporte Interativo that claimed Neymar had accepted an offer from PSG, who would trigger his release clause in a world-record transfer worth €222 million.

All this comes after reports in Spain said on Monday that PSG were ready to pay the huge buyout to land Neymar, following a report in Sport that the player is feeing his development at Barcelona is being stifled by Lionel Messi.

Sport wrote that Neymar, who is under contract at Barca until 2021, feels unsettled having won every major club honour with the Blaugrana and would now like to move on in order to become the main star and challenge for the Ballon d’Or, something he feels is not possible playing alongside Messi.

Also on Tuesday, French newspaper L’Equipe cited a PSG source as saying that the French club were not interested in dealing with Neymar again after talks a year ago ended on a sour note.

“We’re not going to repeat the Neymar show, there is a huge release clause and you have to be realistic,” the source was quoted as saying.

The Spain reports said Neymar would be in line to earn €30m a year in Paris after linking up with international teammates Dani Alves, Thiago Silva and Lucas Moura.

Manchester United and Manchester City also are credited with interest, although it is claimed the size of the transfer fee could present a problem, even for them.