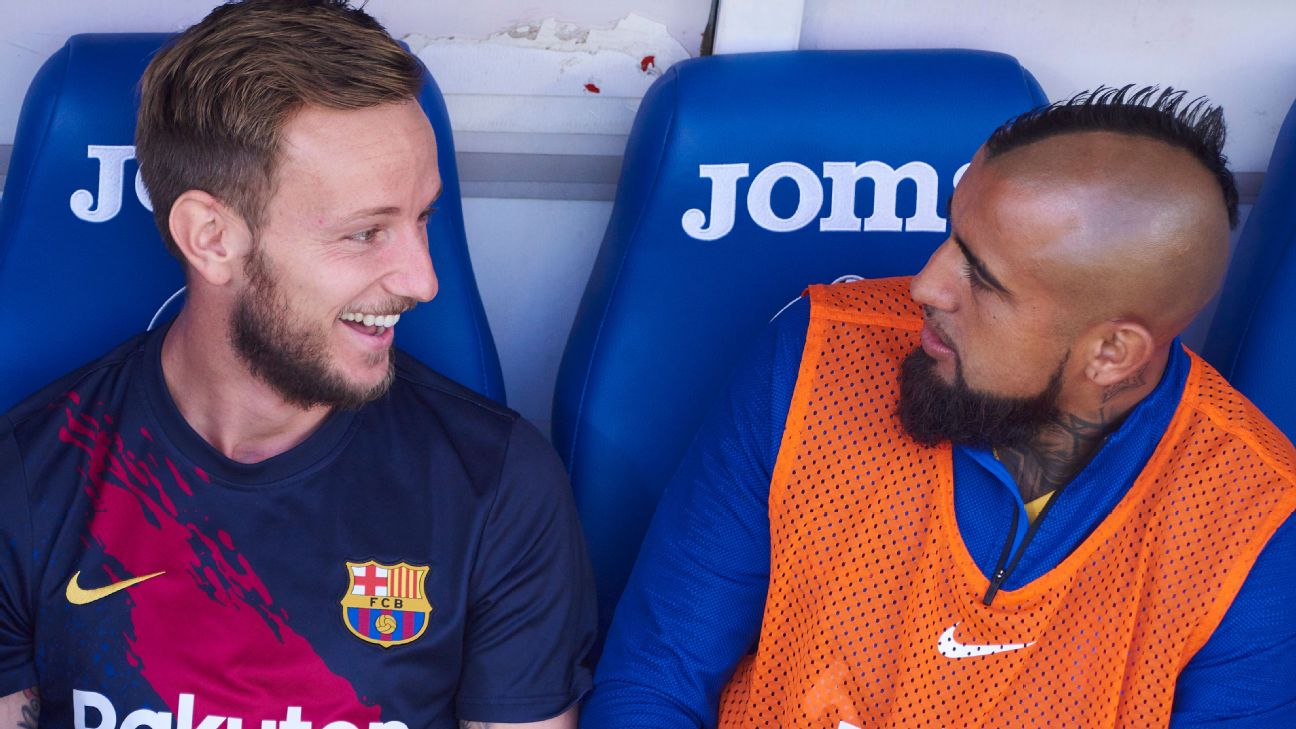 
Barcelona are racing against the clock to bring in around €70 million in player sales before the end of June to balance the club’s accounts, sources have told ESPN.

There is genuine concern among the club’s hierarchy that, despite ongoing negotiations regarding a number of players, they will not be able to hit that target due to the complications generated by the coronavirus pandemic across football.

Arthur Melo, Ivan Rakitic and Arturo Vidal are three of the players Barca are open to moving on. However, all three have voiced a desire to remain at Camp Nou in recent weeks despite interest from elsewhere.

Junior Firpo, Samuel Umtiti and Nelson Semedo are among the other members of the squad the club hoped would generate money. But sources told ESPN finding buyers for Junior and Umtiti is proving difficult. Interest has been shown in right-back Semedo, but nothing is imminent at this stage.

Barca predicted revenue for the 2019-20 campaign would top €1 billion for the first time in the club’s history. As part of that prediction, they accounted for €124m to arrive in the form of player transfers and/or loans — although club sources have told ESPN that amount has been increased since the numbers were released last October.

Last August, Barca sold Malcom to Zenit Saint Petersburg for €40m but that is their only major sale so far. They have also recouped small amounts from the departures of Carles Perez, Abel Ruiz and Alejandro Marques, in addition to loan fees for Philippe Coutinho and Jean-Clair Todibo.

Therefore, they still need more sales before June 30, when the financial year ends, while there’s the added difficulty that the season is set to extend beyond that point. La Liga hopes to restart on June 11, with 11 games still to be played, and the Champions League looking to return in August.

It is not clear how that is going to affect transfers, not just for Barca but for other clubs around Europe. It also means if Barca do manage to sell players, they risk ending the campaign with a dangerously small squad.

Even without player sales, the €1bn revenue target will not be hit. The club’s vice president Jordi Cardoner told ESPN that the coronavirus crisis has already cost the club between €120 and €140m.

Barca have lost about €50m from ticket sales and the museum, €39m in TV income and between €20m and €25m in commercial income from shops, football schools, “legends’ activities” and so on.

As a result, sources told ESPN Barca may have to ask players to take further wage cuts with the club likely to knock €200m off their budget for next season due to the pandemic.

The players have already agreed to a 70% reduction to their monthly salaries for as long as the state of alarm — which started on March 14 — remains in place in Spain.

The losses could have consequences for president Josep Maria Bartomeu and his board further down the line. Club members could file a motion against them if the losses exceed the profits made in the four previous seasons, which total €64.8m after taxes.

However, one source said the board do not believe it will go that far, with members likely to be sympathetic to the circumstances surrounding the losses.

Another source said La Liga could also put the squeeze on Barca and force them to present a plan to put the brakes on the losses. La Liga president Javier Tebas has already warned financial regulations will be strictly enforced next season.

Tebas has told clubs they will not be allowed to spend beyond their means and wants wage cuts enforced to deal with the financial consequences of the coronavirus pandemic.

Barca’s latest accounts, up to June 30, 2019, show a net debt €217m, while the club is also grappling to bring down the biggest wage bill in football. Sporting salaries for the 2019-20 season across the club’s various teams account for €507m of the annual budget, which is down €18m from the previous year.