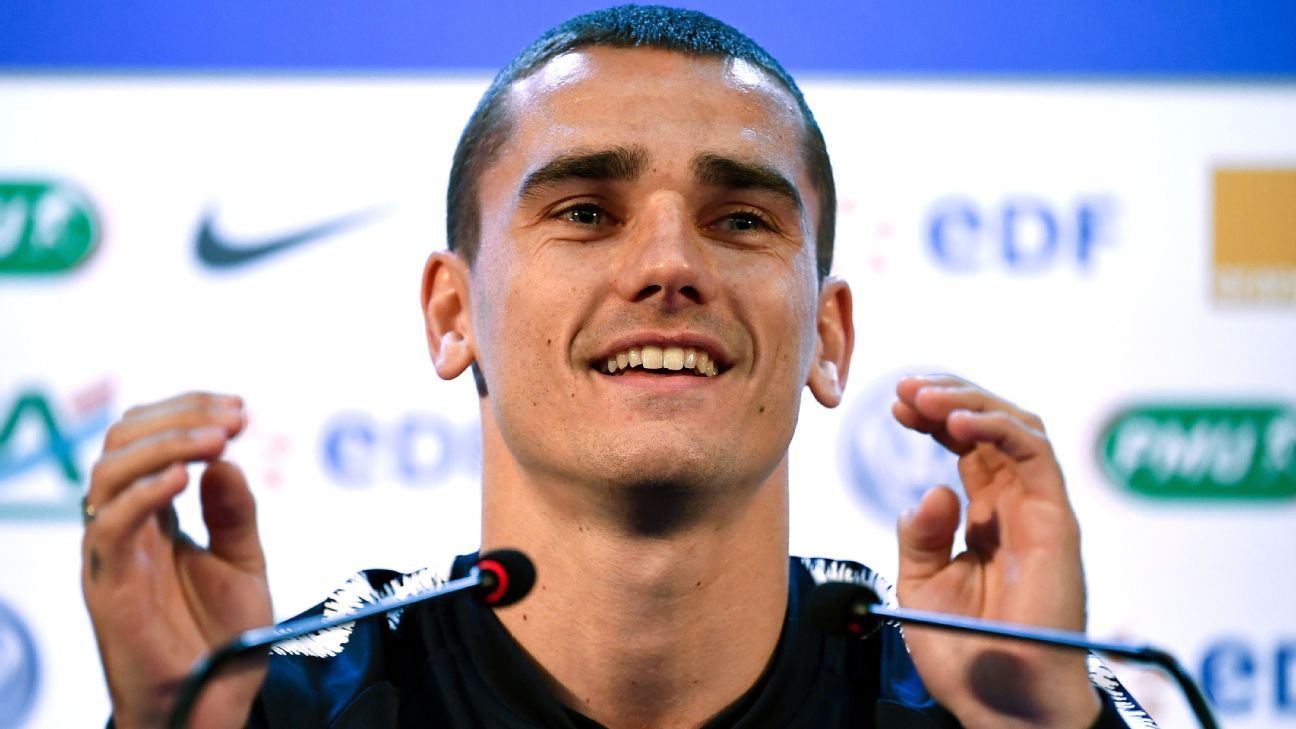 
Barcelona will speak to Gerard Pique and Samuel Umtiti over their involvement in Antoine Griezmann’s decision to turn them down and renew his contract with Atletico Madrid.

Pique’s company produced the documentary in which Griezmann rejected an offer to sign for Barca, while Umtiti publicised the airing of the programme via social media.

Barca had no idea the documentary was being made and were shocked at the manner in which Griezmann’s decision was finally revealed after months of talks with the France forward.

“As a club, we respect Griezmann’s decision to renew with Atletico as we respect any player’s right to decide their future,” vice president Jordi Mestre said at the presentation of Eric Abidal as the club’s new sporting director. “But we feel bad for the supporters who felt disappointed with the way it happened and the way the final resolution came out.

“[Club president Josep Maria] Bartomeu spoke with Pique to tell him that his involvement provoked surprise and discomfort at the club and among fans. We will speak with him and Umtiti internally after the World Cup about what happened but we won’t make any more public comments.”

Mestre refused to answer any questions on the issue, appearing particularly uncomfortable when asked who had been in charge of trying to convince Griezmann to move to the Camp Nou.

Events unravelled in a similar way last summer, when Neymar left for Paris Saint-Germain and the club’s hierarchy were among the last to know he was leaving.

The appointment of Abidal comes, in part, as a reaction to that, with the club hopeful that the former France international will help bridge the gap between the dressing room and the boardroom.

“One of the reasons we chose Abidal is for the day-to-day link he will have with the first team squad,” said general manager Pep Segura.

“He will deal with any problems the players may have and he will be by the side of the coaching staff. Eric understands this side of the game brilliantly because it’s not long since he was in that dressing room himself.”

Segura said another reason for appointing Abidal as the successor to Robert Fernandez, who left the club when his contract expired earlier this month, is due to his knowledge of the French market.

Barca have signed France internationals Umtiti, Lucas Digne and Ousmane Dembele in the last two years, and Segura feels it is important to keep on top of a market that is “the biggest feeder to Europe’s top leagues.”

Abidal, meanwhile, believes he is ready to take on a key role at the club he played for between 2007 and 2013.

“I did my Masters with UEFA at university in France,” he said. “Then I came back [to Barcelona] in 2016 and spoke with a lot of people at the club. I also [spent time at] Paris Saint-Germain, Manchester City and at some smaller clubs in Italy talking with a whole range of people and learning as much as possible.”

Abidal added that he has already spoken with coach Ernesto Valverde and said now is the time to “make decisions” as Barca look to strengthen their squad this summer after missing out on Griezmann.