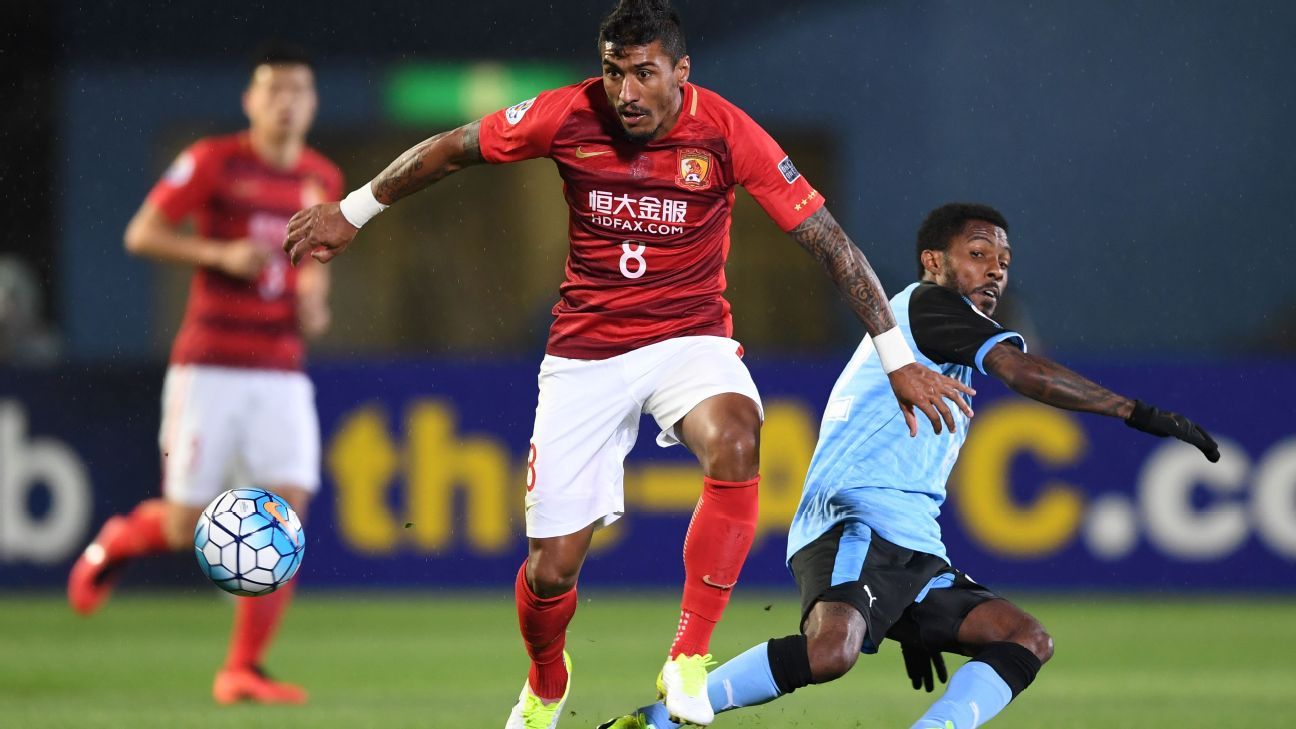 
Barcelona have threatened legal action against a media outlet which published a story accusing club president Josep Maria Bartomeu of signing Paulinho as part of a deal to favour his own company’s interests.

Brazil midfielder Paulinho joined Barca from Guangzhou Evergrande earlier this week for €40 million, a record amount for an outgoing transfer from the Chinese Super League.

The surprise move led to a report from an unidentified outlet claiming Bartomeu had pushed the transfer through in an attempt to curry favour with the Evergrande Group, Guangzhou’s owners.

However, Barca strongly refuted that claim on Wednesday, saying in a statement: “The club have requested a retraction from the authors of the article as well as to the media outlet that published the story.

“Given the false nature of this news story and the fact that it implies illegal activity has taken place, if a retraction is not forthcoming both the club and the president as an individual will take the corresponding legal steps. These steps will include a specific request for damages incurred with regards to the image of the club.”

Barca were also forced to discredit an online campaign calling for Bartomeu to resign which grew following the signing of Paulinho.

The hashtag #BartomeuDimissio (#BartomeuResign) became a worldwide trending topic earlier this week as the club’s supporters turned on their president, citing the transfer as the latest in a long line of questionable decisions by the club’s board, who are coming under increasing pressure.

Former president Joan Laporta says Bartomeu and his predecessor Sandro Rosell have ruined the club, while Agusti Benedito, who ran in the club’s 2015 election, hopes to get enough support to launch a vote of no confidence against the board in September.

“The online campaign which the president has suffered over the last few days, designed to smear his reputation, demands a collective reflection,” said club spokesman Josep Vives.

“The club’s inquiries show that it’s a manipulated and artificial campaign and that the majority of the mentions don’t just come from outside of Catalonia and Spain, but also outside of Europe. The majority [of the tweets] are posted at times which don’t correspond with the local time.

“[The campaign] has personally affected the club’s president and his family, who have been put under pressure and received threats.”

Vives went on to say that the club “remain absolutely sensitive to the wishes, desires and opinions of the socios, who are the club’s owners” but drew ire on social media with his comments about the participants of the campaign being from outside of Europe.

The Catalan club have a huge following across the globe, including in the United States and Asia, where they have actively sought to grow their brand over the last decade.

As well as touring the U.S this summer, Barca have also opened an office in New York, launched a number of academies in the country and recently appointed James Costos as the strategic advisor in North America.