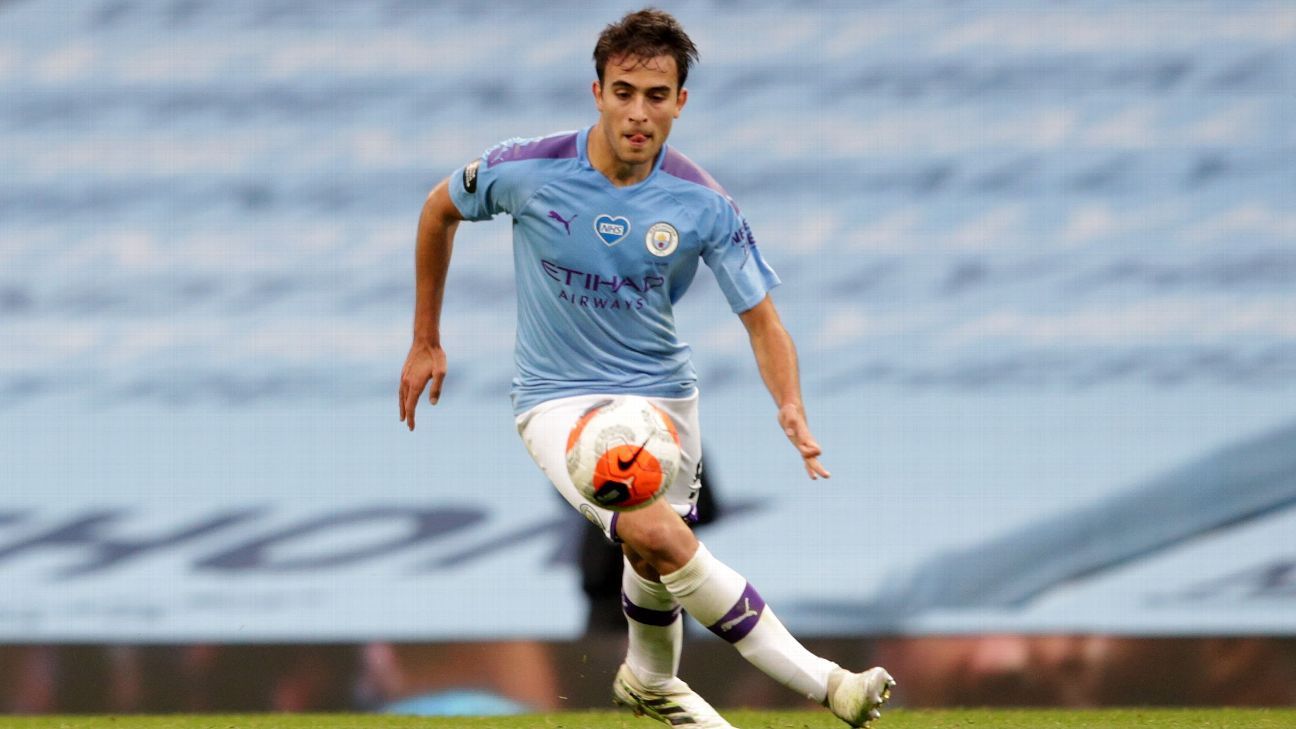 Eric Garcia does not want to extend his contract at Manchester City amid interest from Barcelona, according to Pep Guardiola.

The 19-year-old, who has a year left on his contract, has played a key role for Guardiola since the Premier League resumed in June, starting seven of City’s 12 games including key clashes against Liverpool and Arsenal in the FA Cup semifinal.

He is in line to start against Real Madrid in the Champions League round-of-16 second leg at the Etihad Stadium on Friday but on the eve of the game, Guardiola said the teenager could be set for a return to Barcelona — the club he left to sign for City in 2017.

“He announced to us that he doesn’t want to extend his contract with Manchester City,” Guardiola said. “He has one more year and after that, yeah.

“We want it but he doesn’t want to extend it so I imagine he wants to play in another place.”

Sources told ESPN in June that Barca had made an enquiry for Garcia, which was quickly knocked back by City.

City take a 2-1 lead into the second leg against Real Madrid after an impressive performance in the Bernabeu in February. Sergio Aguero will not be available while he continues his recovery from knee surgery in Spain but Guardiola could have the striker back if City progress to the Champions League mini tournament in Portugal.

“Right now, I don’t know,” said the City manager on Thursday. “He is still in Barcelona.

“He is getting better. I spoke with the doctors and everything is like I thought, but he is still in Barcelona. Hopefully [he can be fit].”

Since the first leg in Madrid more than five months ago, Real Madrid have clinched the La Liga title after pipping Barcelona.

But despite the good form of Zinedine Zidane‘s team — who will be without Gareth Bale after he was left at home — midfielder Rodri said it is City who have the better squad.

“I know we have a better team but we have to show it,” he said. “We have a better squad and if we do things well I think everything will be good for us.

“I think that’s just a general opinion, maybe we have, but it’s worthless if we can’t do it on the pitch. We have to prove it. Have to show it on the park and play well.

“We have to match them in terms of experience on this stage and mentality in these big games. If we match them in those areas then fate will decide but we’ve got a good chance.”

McTominay and Scotland ready to do it the hard way as England tie looms
Scotland vs. Czech Republic – Football Match Report – June 14, 2021
Christian Eriksen inspires Denmark’s start, Kevin De Bruyne has final say for Belgium in emotional Euro 2020 match
Denmark sends emotional message to Christian Eriksen after star’s cardiac arrest
France’s stars rolled up their sleeves to beat Germany. Here’s what else we learned from first round of games