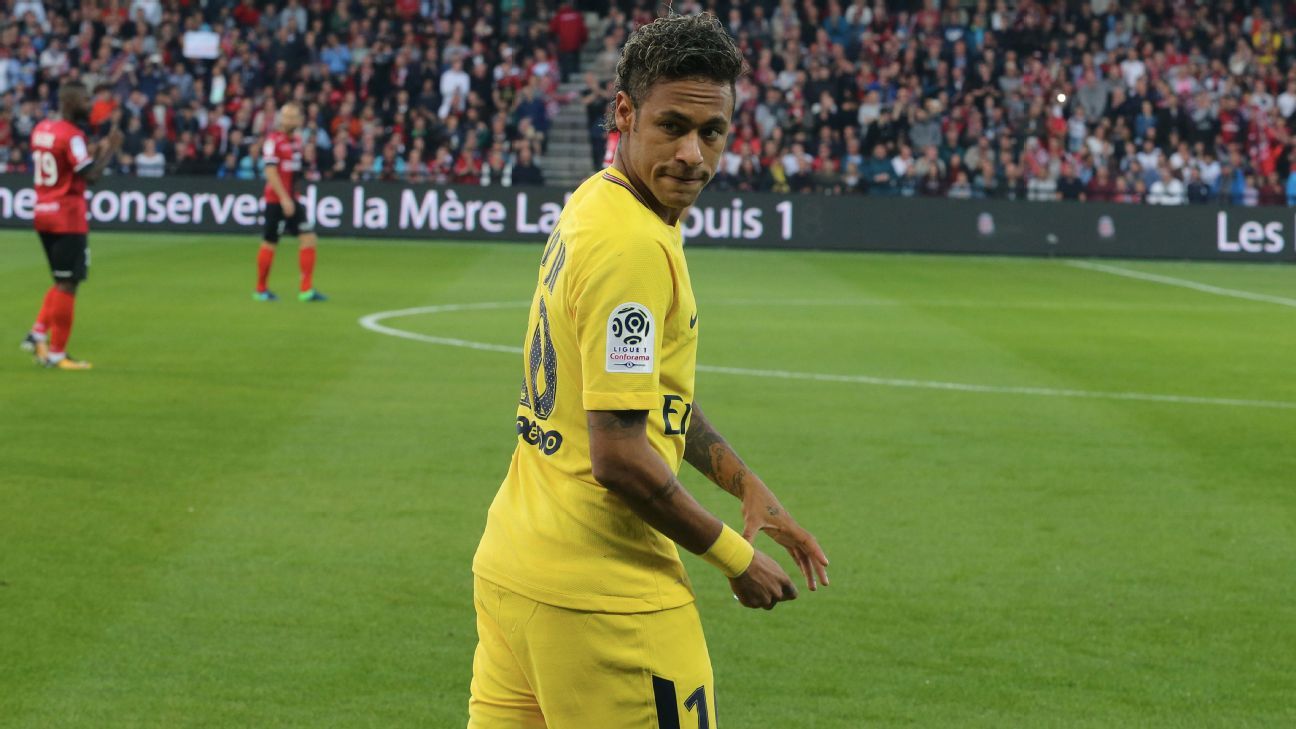 
Barcelona are suing Neymar for a breach of contract after the Brazilian left the club for Paris Saint-Germain earlier this month.

Having already said they would refuse to pay €26 million in bonus payments Neymar was due to receive this summer, Barcelona are now attempting to claim back money already paid to the player.

The Catalan club said on Tuesday they believe they are owed money that Neymar received as part of a renewal bonus when he signed a new contract last year, in addition to €8.5m in damages plus interest.

The amount of the renewal bonus the club are seeking was not immediately made public.

In a statement released on Tuesday, Barca said they had passed the complaint on to the Spanish Football Federation (RFEF), having first filed the lawsuit in a Barcelona court on Aug. 11.

“FC Barcelona have sent a claim to be made against Neymar for breach of contract to the RFEF for it to be passed on to the French Football Federation [FFF] and FIFA,” the statement read.

“In the lawsuit, the club demands the player return the already paid sum for his contract renewal because he has not fulfilled his contract; €8.5m in damages; and an additional 10 percent in interest. The club also requests that PSG subsidise the amounts in the event that the player cannot take responsibility.”

Neymar’s representatives said in a statement that the played had totally complied with his contract, and that they were preparing a formal legal defence.

“It is noteworthy that this news was received with surprise, since the athlete completely fulfilled the contract then in force, with the full deposit of the amounts set out in the buyout clause freely agreed with FC Barcelona for his release,” their statement said.

His representatives also said on Tuesday that they were already planning to file a formal, separate claim on the €26m in bonuses that Barcelona has refused to pay.

PSG also defended Neymar, adding in a statement: “Paris Saint-Germain was surprised to learn of FC Barcelona’s statement today announcing the start of legal proceedings in Spain against its former player Neymar Jr. and indicating that should Neymar Jr. fail to pay the monies claimed by his former club, Paris Saint-Germain will be held responsible to pay the outstanding sum.

“Paris Saint-Germain reiterates that, like Neymar Jr., it has always respected all applicable laws and rules in its dealings and, once again, regrets the attitude of FC Barcelona.”

Neymar put pen to paper on a new five-year deal at Camp Nou last October, and in addition to the bonus he was paid at the time, he was due to receive €26m more this summer.

However, after his world-record €222m transfer to PSG went through, Barcelona spokesman Josep Vives confirmed the club would not be making the payment because Neymar had not fulfilled his contractual duties.

“There were three conditions — one, that the player didn’t negotiate with another club before July 31; two, that he publicly expressed his decision to fulfil his contract; and three, the payment was to be made on Sept. 1 to ensure he didn’t go to another club,” Vives said.

“With these criteria not met, the club will not pay the renewal bonus. The money is no longer with a notary but back with the club.”

Neymar did not publicly say he was considering a move to PSG until Aug. 3, the day Barcelona terminated his contract and he signed with his new team.

“I do have something to say: that I am disappointed with them [the Barca directors],” Neymar said after PSG’s win over Toulouse on Sunday.

“I spent four years there and was very happy. I began happy, spent four years happy and left happy. But not with them. For me, they shouldn’t be in charge of Barca. Barca deserve much better, and everyone knows this.

“To see my former teammates unhappy makes me sad also, because I have many friends [there]. I hope that things get better for Barca. That they return to the team they were and become one that can compete with the others.”

Famed actor-singer Phakin Khamwilaisak signs with Thailand’s Ratchaburi Mitr Phol
Denmark’s Christian Eriksen surprised teammates at training after hospital release
Sergio Ramos is leaving Real Madrid after 16 remarkable seasons. How did it come to this?
Perfect in the group stage and rested for the knockout rounds
Gianluigi Buffon returns to Parma after 20 years with ‘Superman’ unveiling video