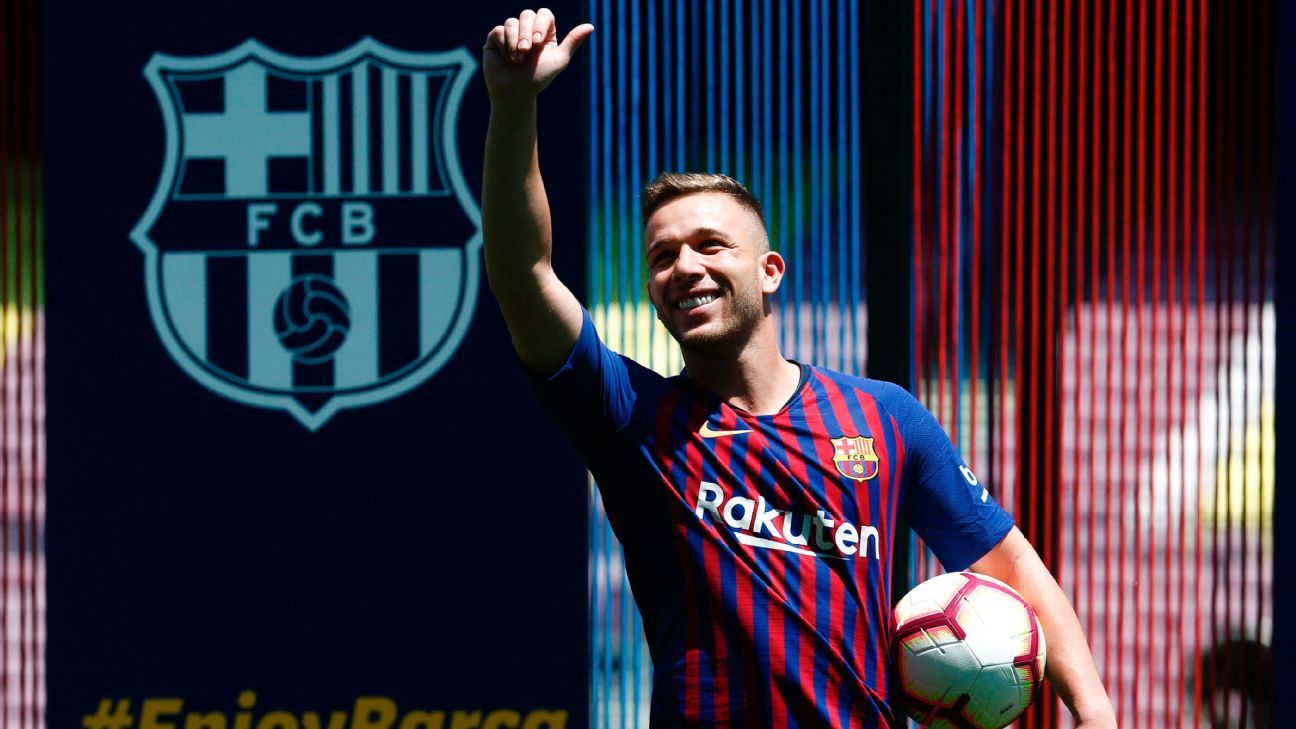 
New Barcelona signing Arthur has said it is “an honour” to follow in Andres Iniesta’s footsteps — and insists the Spain legend’s presence is still felt around the club.

Iniesta left the Nou Camp in the summer after 16 years with the club in which he won nine La Liga titles, the Champions League on four occasions, before joining Japanese side Vissel Kobe.

Arthur, who officially became a Barcelona player on July 9, is seen as the long-term replacement for Iniesta and says that, despite his idol not being there anymore, the Brazilian stills learns from him through others.

“He [Iniesta} really is an idol,” Arthur, 21, told ESPN. “Even just for wearing the same shirt for so many years and winning so many trophies; it is already an honour for me. For everything he has already done here, for everything the club represents for him.

“I really admire him and it is an honour for me. Every day I learn something here. There are great players so I am always asking them something about Iniesta: ‘What did he do? What did he like to do here?’, then they start telling me and it is the ultimate for me.”

Arthur was the star of the Gremio side which won the 2017 Copa Libertadores and was in contention to make Tite’s 23-man squad for the World Cup. However, he knows he will have to step up a level if he is to succeed at Barcelona.

“I received a warm welcome from everyone,” he said, when asked how his first days with the club had been. From the staff, the journalists or the Mister — as they refer to the manager here in Europe.

“The Mister has spoken to me and given me confidence because, in my opinion, I find confidence is very important at the beginning. He is explaining to me little by little, here the ball moves a bit quicker, pressing the entire time, there is no time to lift your head, look and think…it goes very fast.

“So I am trying to get used to the training, so that when I start playing I have everything ready.”