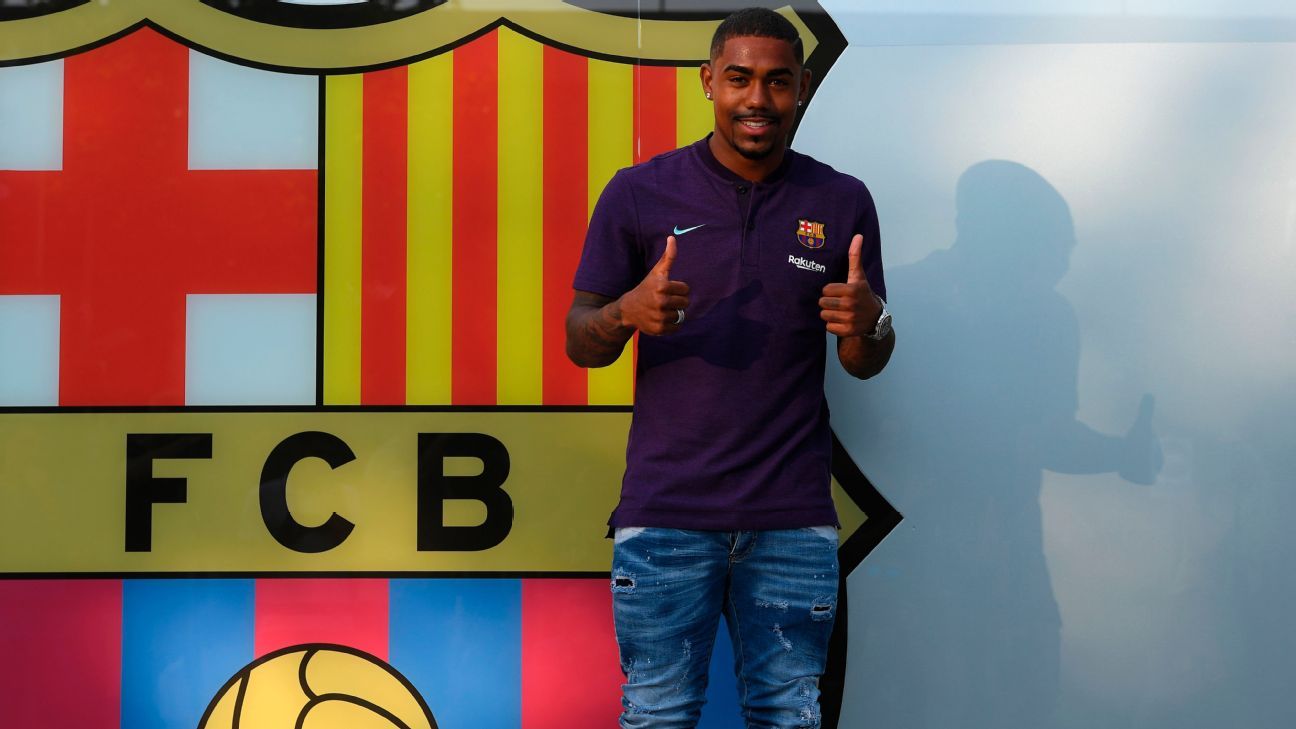 
LOS ANGELES — Barcelona coach Ernesto Valverde is hopeful this week’s signing of Malcom will not be the last deal the club makes before the new season kicks off next month.

Malcom, 21, arrived from Bordeaux for €41 million, becoming Barca’s third signing of the summer after Arthur Melo and Clement Lenglet.

However, the La Liga champions are still working on the transfer of another central midfielder, with Paris Saint-Germain’s Adrien Rabiot a target, and Valverde admits the squad still needs strengthening.

“We’re open to any possibility,” Valverde said at a news conference at UCLA, where Barca trained on Friday before this weekend’s International Champions Cup game against Tottenham at the Rose Bowl.

“It’s true that we’ve had some big departures in midfield [Andres Iniesta and Paulinho], so it’s likely that we will make more signings.

“We will try to build the most competitive squad possible, keeping in mind the fact that Andres and Paulinho have left.”

Asked what type of midfielder he would like to sign, he added: “It doesn’t depend only on me, but on the club and on what players are available.

“We want players that fit our style. We need people that can generate play through the middle — and if they can get forward into the box, too, even better.”

However, the signing of Malcom takes the number of players in Valverde’s squad to 28, meaning several players will have to move on before the transfer window closes.

Talks are underway for left-back Lucas Digne to move to Everton and one of the club’s five central defenders will be moved on, but Valverde says he’s in no rush to make a decision on who will stay and who will go.

“It’s a similar story for all teams at this stage of the season,” he added. “There are players coming back from loans, players from the B team and we have to decide [who stays and who goes].

“We think the B team can help us this year, and, yes, I prefer to have a small squad. As for the players that could go, we will see. The tour of the United States provides a chance for the players coming back from loans and up from the B team.”

Valverde said he could hand Malcom a debut against Tottenham on Saturday, but he will be without Lionel Messi and the 11 other first-team players who took part in the World Cup.

The Barca coach lamented the fact the absence of so many players has disrupted preparations for the new season, but he acknowledged other sides have also been affected.

Messi will at least return to Barca training in August, while rivals Real Madrid will not see Cristiano Ronaldo again after the forward signed for Juventus.

“It’s a big loss [for Madrid], like Iniesta is for us,” Valverde said. “We will see if it makes a difference or not, but I’m sure they’ll be working as hard as possible to minimise [the effects].

“But you have to recognise Ronaldo was a great player, though, he brought a lot to La Liga and to Madrid.”