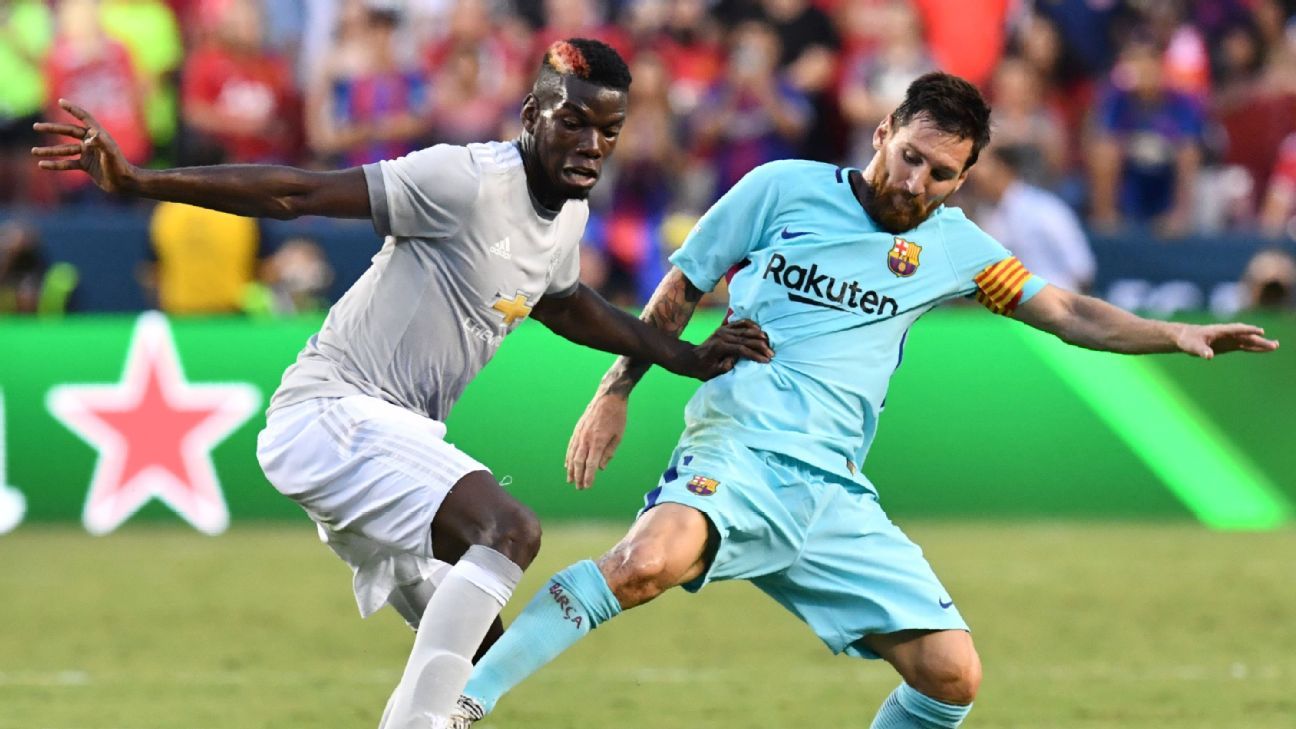 
Gerard Pique has given his backing to a potential Barcelona move for Paul Pogba, either this summer or in the future, saying it would be good if the Manchester United midfielder joined him at the Camp Nou.

Barca have been linked with Pogba throughout the summer and, with the transfer window open in Spain until Friday, president Josep Maria Bartomeu has refused to rule out a move for the France international.

There have been reports of a souring of the relationship between Pogba and United coach Jose Mourinho, and agent Mino Raiola, said last week he would have “sleepless nights” finding Pogba a new club.

“I’m not too well-informed on what’s going on between [Pogba and Mourinho],” Pique said at an event on Monday. “He is a great player, that’s clear, and we will see in the future if he changes clubs.

“It would be good if he came [to Barcelona] and it would make us happy in the future, but we have to respect the fact he is a Manchester United player.”

Barcelona first attempted to sign Pogba in 2015. Before he returned to United, Juventus rejected a bid worth around €80 million from Barca.

That interest was reportedly reignited earlier this year when Raiola supposedly offered Pogba to Barca as he looked to help the midfielder find a way out of United.

There have been mixed messages from Barcelona, with Bartomeu leaving everything open as director Ariedo Braida said it was unlikely the club would move for Pogba this summer.

Vice president Jordi Mestre, meanwhile, told ESPN FC that after making four signings, Barcelona are unlikely to move for anyone else unless a “big opportunity” presents itself.

With the transfer window shut in England, United are unlikely to sell this month as they are unable to sign a replacement.

“We have strengthened really well,” Pique said. “But we will see what happens at the end of the season.

“Lenglet’s good on the ball. I think when he’s played he’s done very well. We have to give them all time, though, because they’re all quite young. We have to look at the present and the future. Arthur’s only 21 and Lenglet and Malcom are young as well.

“We need to learn from last season’s mistake [in the Champions League] and not have any bad days. We have to stick with the style that has defined the club since I joined — and even before — and that’s what we have to show the new signings.”