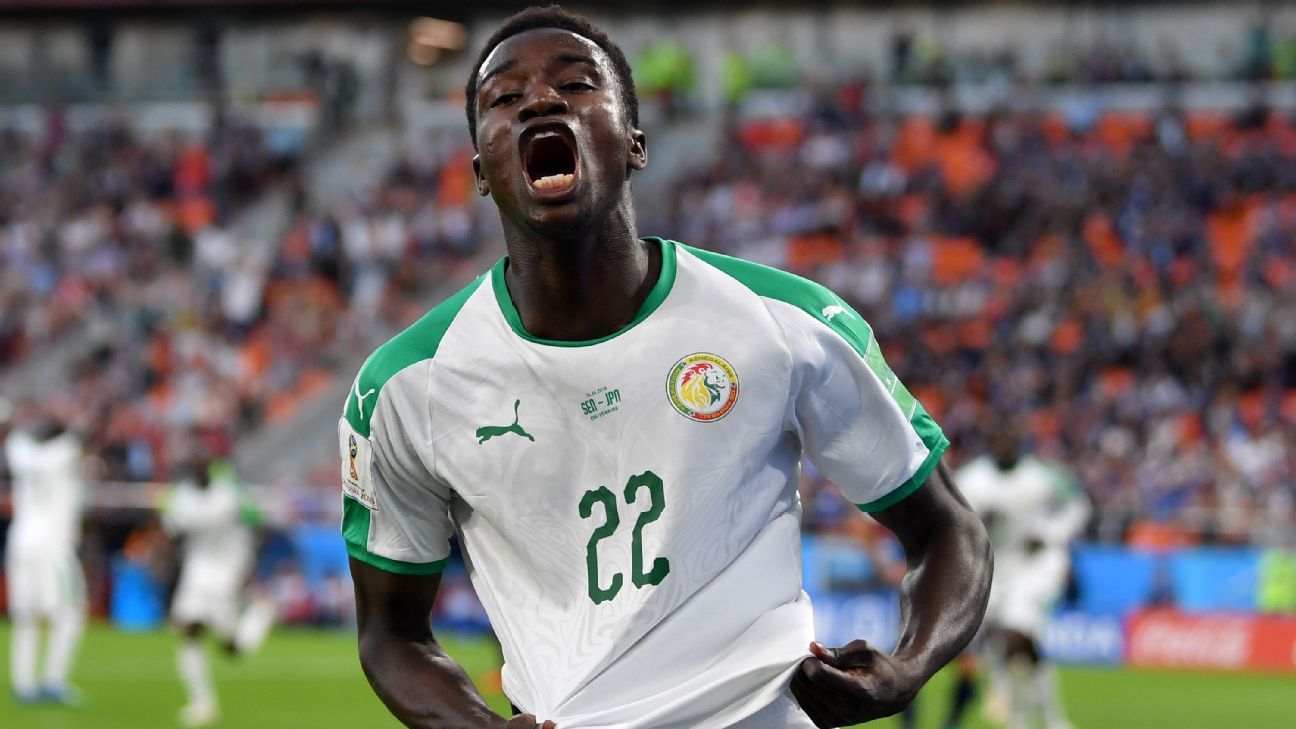 Barcelona have completed the signing of defender Moussa Wague, who starred for Senegal at this summer’s World Cup.

Wague, 19, joins Barca from Belgian side KAS Eupen for an undisclosed fee and will sign his contract in the coming days after passing a medical on Friday.

The right-back will initially link up with Barca’s B team, who play in the third tier of Spanish football, but he will be handed the opportunity to train with the first team, too.

Barca hope that he will eventually progress to the first team permanently, where Nelson Semedo and midfielder Sergi Roberto currently compete for the right-back position.

Wague joined Eupen from the Aspire Academy in 2016 and made over 40 appearances in the Belgian top flight.

However, it was at the World Cup that he caught the attention of a wider audience.

He scored Senegal’s second goal in a 2-2 draw against Japan, becoming Africa’s youngest-ever goalscorer in the finals at 19 years and 236 days old.

Wague’s arrival leaves a question mark over the future of B team captain Sergi Palencia, the side’s right-back for the last three seasons.

Palencia, now 22, is currently with the first team in the United States but is expected to listen to offers to leave the club following the B team’s relegation from the second division.