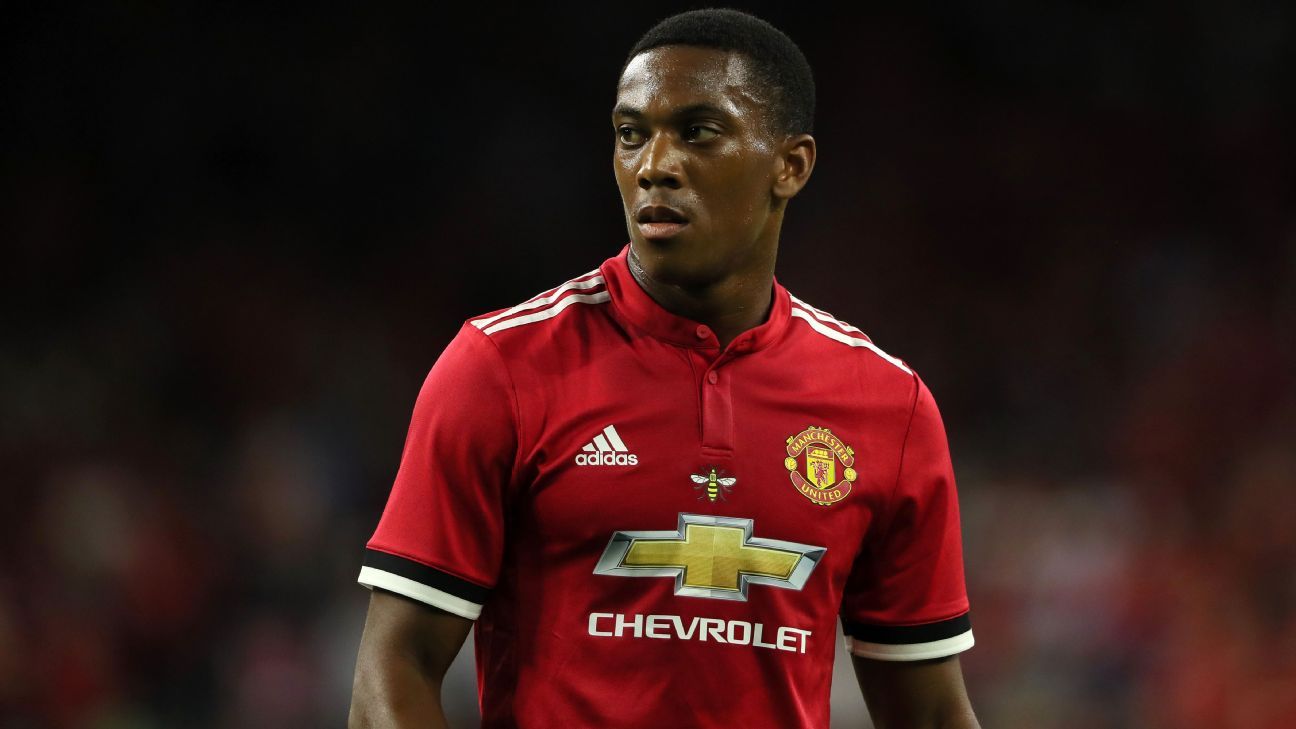 Anthony Martial is hitting the headlines at the moment. Hot on the heels of reports that Arsenal will be targeting the Manchester United forward, the Mail declares that Barcelona also have him in their sights.

Citing reports in Spain, it states they are eager to “take advantage of Jose Mourinho’s reluctance to hand Martial a starting spot” by bringing him to the Camp Nou.

The France international has started only once in the Premier League this season but has amassed five goals in all competitions, and the Mail reports that Barcelona “believe he is good enough” to succeed for them.

With Ousmane Dembele missing due to a long-term injury, Barca are eager to strengthen their attacking options as they look to continue the perfect start that has seen them win their first seven La Liga games.

And the Mail adds that, with Martial behind Marcus Rashford in the United pecking order and “unlikely to play down the middle given Romelu Lukaku’s hot start to life at the club,” Barcelona could make their move sooner rather than later.

Reports over the weekend suggested Arsenal boss Arsene Wenger sees the 21-year-old as an ideal fit either out wide or through the middle as he plans for life without Alexis Sanchez — but he could now miss out.

The Express, citing French reports, suggests that is a possibility, with PSG coach Unai Emery uncertain about either Alphonse Areola and Kevin Trapp and already having been linked with Atletico Madrid’s Jan Oblak.

De Gea has long been a target for Real Madrid, but PSG have the means to match anything the Spanish club can offer and the Express writes that they are “likely to make more big deals.”

It adds that the chance of one of those being for the Spain international has increased, with PSG director of football Antero Henrique “said to have already talked to his agent Jorge Mendes.”

United, however, are keen to tie De Gea down to a new contract and were last month said to be confident that he would say yes to a long-term agreement.

– When Manchester City released right-back Bacary Sagna in the summer it seemed only a matter of time before he found a new club, with both Crystal Palace and Brighton interested. But with no move having materialised, the Manchester Evening News reports that Sagna could now be on his way to Leicester, with the Foxes interested in the 34-year-old and Torino also thought to be keen.

– West Bromwich Albion manager Tony Pulis is one of several Premier League bosses to have been offered the chance to sign former Liverpool and Chelsea midfielder Raul Meireles, according to the Birmingham Mail. It states that Meireles, a free agent since leaving Fenerbahce, “is hoping for a Premier League return before retiring” and could also potentially achieve that with Swansea, Leicester or Watford.