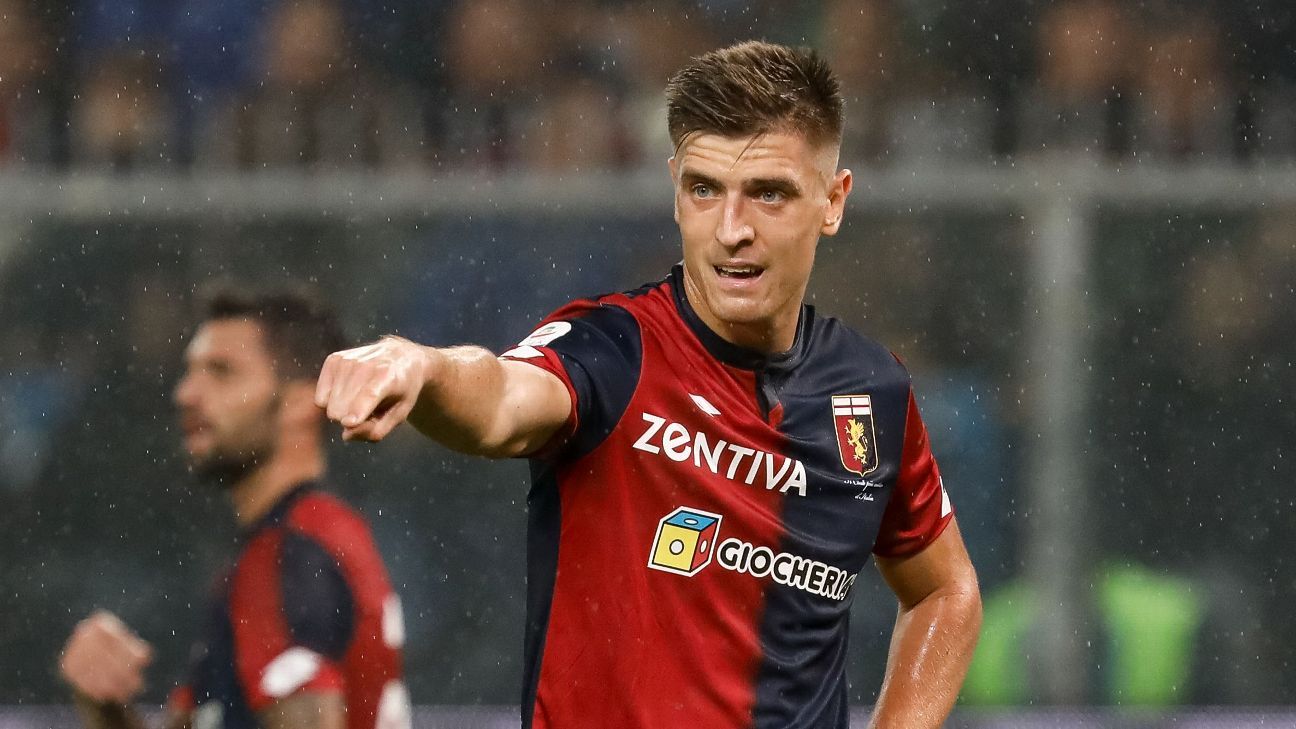 
Barcelona have watched Krzysztof Piatek, Nicolas Pepe and Luka Jovic this season as they begin to think about a long-term replacement for Luis Suarez, sources have confirmed to ESPN FC.

Suarez remains a key figure at Camp Nou but he will turn 32 in January and Barca acknowledge they need to think about the future. Munir El Haddadi is the only other forward in the first team but is out of contract in the summer and is unlikely to sign a new deal as things stand.

Paco Alcacer, meanwhile, has impressed on loan at Borussia Dortmund this season and the German club are keen to make the move permanent.

Genoa’s Piatek, Lille’s Pepe and Eintracht Frankfurt’s Jovic all feature on a long list of potential attacking targets who Barca have been monitoring.

Piatek, 23, joined Genoa from Cracovia in the summer and has already scored 13 goals in 13 appearances for the Italian side — despite failing to find the back of the net in each of his last five matches. Pepe is a wide player but Barca believe he could adapt to a more central role. The 23-year-old has scored eight goals in Ligue 1 so far this season.

Jokic, a Bosnia Bosnia and Herzegovina international, has caught the club’s attention following his impressive start to the season. He has scored 12 times in all competitions this campaign — including five in one game against Fortuna Dusseldorf — and is the Bundesliga’s top scorer.

The 20-year-old is on a two-year loan at Frankfurt from Benfica, although the German club plan to execute a clause which allows them to make the deal permanent.

Suarez, who has nine goals this season, is relaxed about the club’s plans to bring in another forward. Speaking earlier this month, the Uruguayan said it’s normal that Barca are thinking about his heir.

“When they say Barcelona need a new No. 9, there’s nothing strange about it,” he said. “Obviously they have to bring players in.

“I am 31 and Barca have to think, as a club, about the future. They are always going to need strikers, left-backs or whatever position it may be.”

While Barca have begun the search for a new striker, though, their immediate priorities lie in defence and midfield.

Sources have confirmed that Ajax duo Matthijs de Ligt and Frenkie de Jong plus Paris Saint-Germain midfielder Adrien Rabiot are all potential targets,, while the option of signing Manchester United midfielder Paul Pogba continues to split the board.

Pep Guardiola fumes at Man City fans, but he’s really angry at his attacking options
Cruz Azul vs. Monterrey – Football Match Report – September 16, 2021
New England still on top as Nashville stumbles and Atlanta continues to climb
Kane needs to remind Tottenham of his brilliance when they face Chelsea
FIFA’s biennial World Cup proposal may be flawed, but it would address inequality among soccer nations