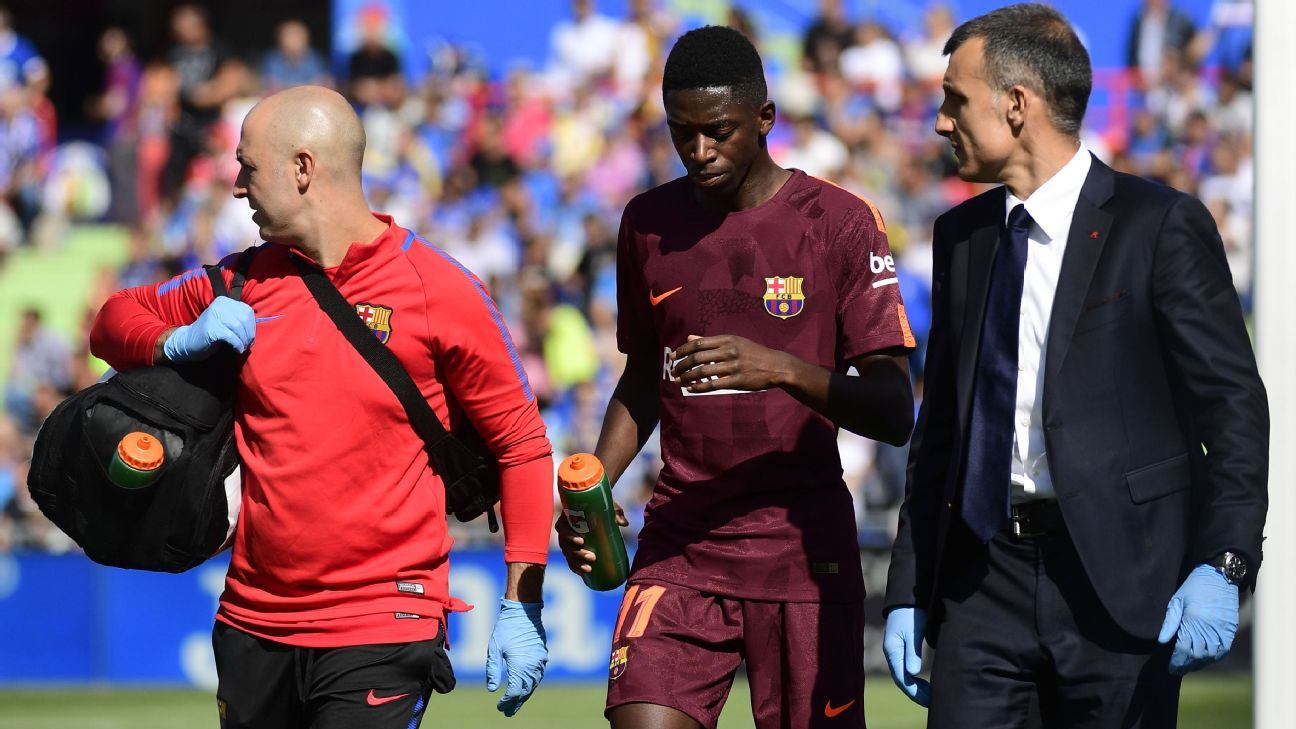 
Barcelona expect to have Ousmane Dembele back in action within three and a half months after he underwent a successful operation on a ruptured tendon on Tuesday.

Dembele, 20, travelled to Finland on Monday for the operation after getting injured during Barcelona’s 2-1 win over Getafe on Saturday, where he was making just his third appearance for his new side.

“FC Barcelona forward Ousmane Dembele was successfully operated on [on] Tuesday to repair a ruptured biceps femoris in his left leg,” the Catalan club said in a statement.

“Dr. Sakari Orava performed the surgery. Dembele remains under the supervision of Dr. Ricard Pruna. He is expected to be out for three-and-a-half months.”

However, despite the anticipated downtime reducing from four months, Dembele is still unlikely to play again until the New Year.

The club-record €105 million signing from Borussia Dortmund, therefore, will still miss the remainder of the Champions League group stages and the first La Liga Clasico of the season against Real Madrid on Dec. 23.

Barca coach Ernesto Valverde said on Monday, ahead of his side’s league match with Eibar, that the injury that has sidelined Dembele could have been partially caused by inexperience.