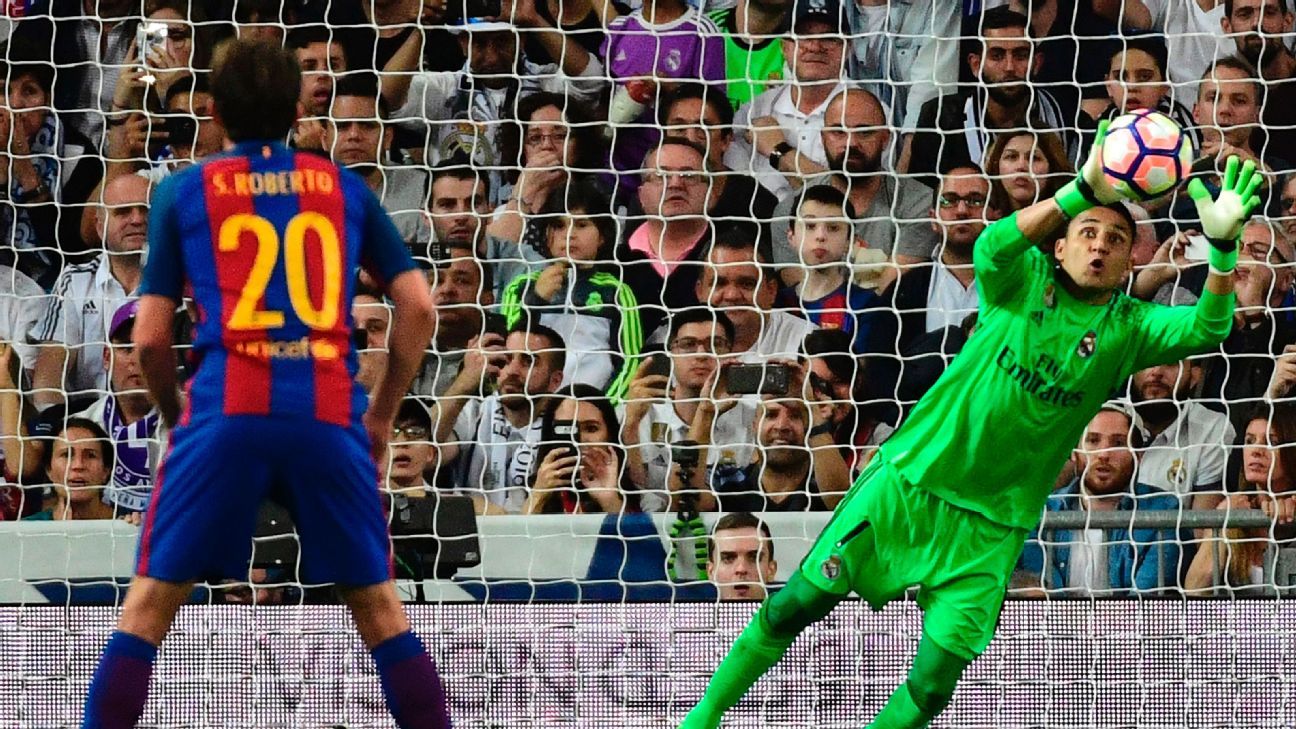 
Barcelona turned down the chance to sign Keylor Navas in 2008, saying no big club would sign a goalkeeper from Costa Rica, according to his agent.

Navas’ agent Ricardo Cabanas also said that Atletico and Real Madrid were among other clubs to say no to the keeper, who was playing for Saprissa at the time.

Cabanas eventually sealed his client a transfer to Spanish side Albacete in 2010, before a move to Levante in 2011 and a 2014 switch to Madrid.

“I came [to Costa Rica] in 2008 after watching some videos which [Luis] Gabelo Conejo had given me and I spent a fortnight watching the national team’s training sessions,” Cabanas told Encuentro Deportivo.

“I was watching a video of a match between DC United and Saprissa — it was amazing and I thought to myself: ‘Who’s that keeper? I was spellbound by him.'”

Impressed by the young Navas, Cabanas proceeded to send videos to all of Spain’s biggest clubs, but he was surprised by the lack of interest.

“I gave all of them detailed reports and videos and all of them turned me down,” he added.

“One of [Pep Guardiola’s assistants] told me: ‘He’s a great keeper, Ricardo, but no one is going to sign a goalkeeper from Costa Rica — at least no big club…'”

Navas has since become Madrid’s No. 1 and has won back-to-back Champions Leagues, making 86 appearances in all competitions during the last two seasons.

Two years ago it did look as if Los Blancos would sell him only for fax machine problems to curtail a move for David De Gea which would have seen Navas move to Manchester United.

However, president Florentino Perez said this week that the Costa Rica international has since won him round.

“The truth is that we have great goalkeepers [Navas and Kiko Casilla],” he told Onda Cero when asked if the club would return for De Gea this summer. “I love Keylor Navas and the truth is that, back in 2015, I didn’t know him as I do now.”