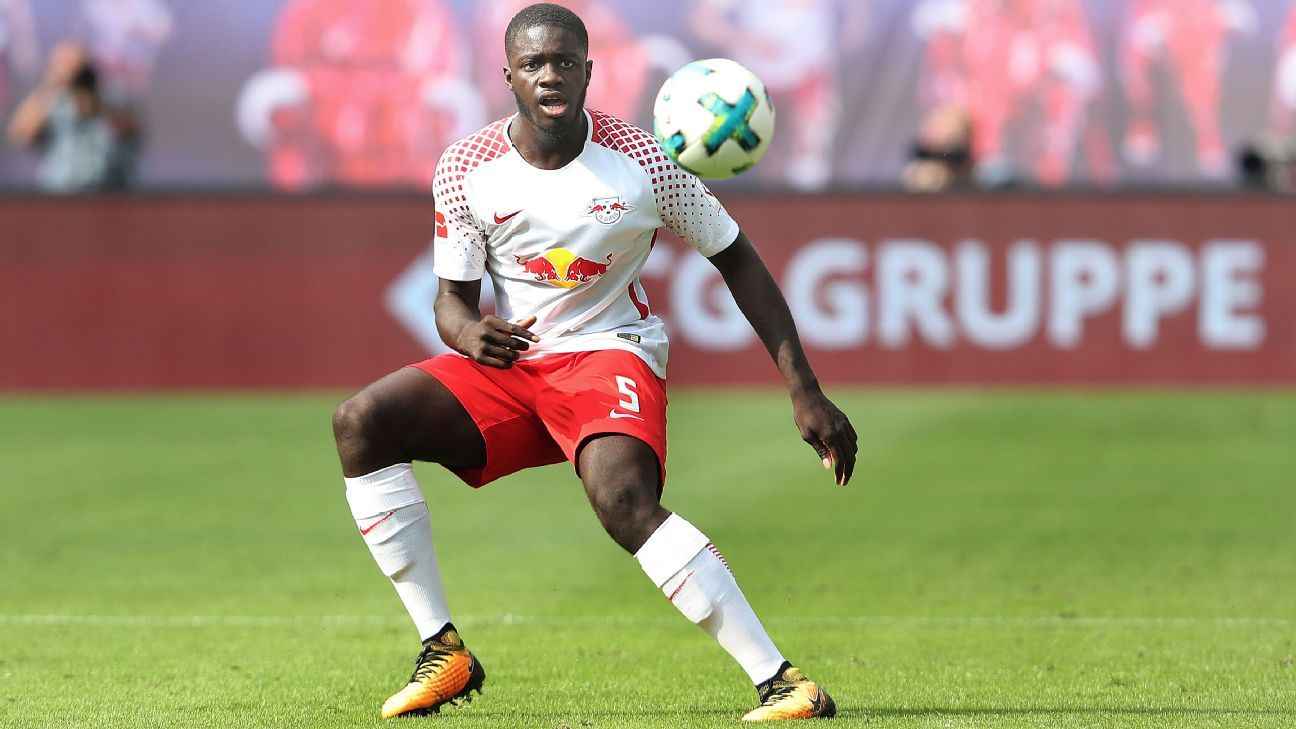 Barca ready themselves to raid Leipzig

The pair could be signed as potential replacements for Gerard Pique and Luis Suarez, both of whom are 30 years old, with Ernesto Valverde keen to add youth to his squad.

The newly-appointed manager has guided the Catalan club to an eight-point cushion over Real Madrid, leaving them in command of the title race, though the next generation remains a priority in the following windows.

Manchester United are also keen on Upamecano, with the Express detailing how the French youngster has an £88m release clause.

AC Milan are also in the running for the 19-year-old, who is impressing in the Bundesliga, though the release clause appears exorbitant.

Having cost just £8.8m earlier this year, Leipzig are due to make an enormous profit on the former Salzburg starlet.

Widespread reports have suggested that Manchester United midfielder Marouane Fellaini has been visiting Istanbul, with the Belgian reportedly linked with a move to Besiktas.

Jose Mourinho has reiterated how vital he sees Fellaini to his Red Devils side, though the lack of a first-team sport has fueled talk of a transfer.

The prospect of playing the World Cup for Roberto Martinez’s Belguim side might force Fellaini’s hand with the January transfer approaching.

Pictures suggest the 29-year-old was at Swissotel in Istanbul, though some are unsure whether it was him or his brother.

Claude Puel wants to be reunited with Hatem Ben Arfa at Leicester following victory in his first game in charge, reports RMC Sport.

The former Southampton boss is back in the Premier League with Leicester and is considering significant moves in January.

Puel brought the best out of the former Newcastle star whilst at Nice and is keen to work with the 30-year-old Ben Arfa again, though his arrival might be seen as a replacement for Riyad Mahrez.

The Algerian was keen to move on last summer, though interest cooled at the end of the window.

– Barcelona have identified just where they need to strengthen in January, reports Sport.

Barca will look to sign a striker, a centre-back and also sell “three or four” players in what promises to be a busy market at the Camp Nou.

– Arsenal will make a shock move for Charly Musonda in January, according to Foot Mercato.

The Belgian starlet has been disgruntled with a lack of opportunities at Stamford Bridge — including an outburst on social media — and might jump at the chance to gain more game time under Arsene Wenger at the Emirates.

– Jose Mourinho is keen to bring back Andreas Pereira from his loan spell at Valencia, reports the Express.

Manchester United could look to recall the Brazilian starlet in January after a stunning spell helped Los Che to a great start that sees them tucked in second in La Liga.