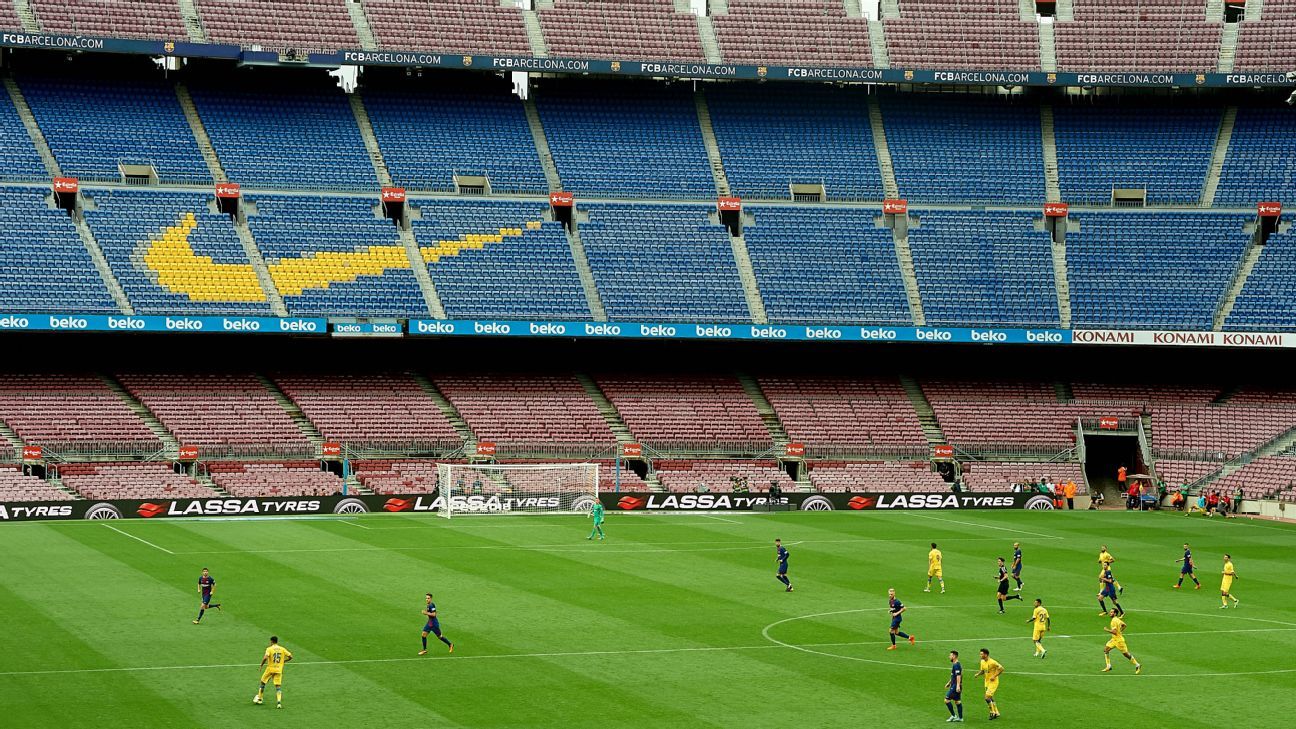 
BARCELONA — Barcelona president Josep Maria Bartomeu has defended his decision to play Sunday’s match at the Camp Nou behind closed doors, saying images of the empty stadium seen across the world sent a message.

Barca had wanted to postpone the league match against Las Palmas because of clashes between police and voters on the day of the divisive referendum on Catalan independence. Officials said more than 890 civilians and some 430 members of the police force were injured.

However, after La Liga turned down the club’s request, and with the threat of a six-point penalty if they didn’t fulfil the fixture, the decision was taken to play the game in an empty stadium, a move which led to the resignation of two board members on Monday.

The final call was made just 25 minutes before kickoff, leaving thousands of supporters locked out of Camp Nou. But Bartomeu said the images of the game would highlight the “inadmissible situation going on around Catalonia.”

“We decided that we had to take some kind of measure to show our indignation to the world,” he said in a news conference on Monday, following a hastily arranged extraordinary board meeting.

“There were many matters at stake and we discussed these with the different departments of the club: directors, executives, coaches and players. I finally decided that we would play the game, but as an exceptional measure, behind closed doors.

“We perfectly understand that many of our members and fans would have preferred the option of calling off the match. That is why I must say that this was one of the most difficult decisions that I have ever had to make as Barca president.

“We very seriously considered the option of postponing the game, but we could not get La Liga to approve our request.

“Having reached that point, I decided to play behind closed doors because we believed that the image of a football match being played in a completely empty Camp Nou would have been an act of responsibility and would have been a way of showing how we utterly reject the exceptional and inadmissible situation going on around Catalonia.

“Now, we know that the match broadcast was seen in 174 countries around the world, with millions of people observing the extraordinary nature of the game and leading international media explaining the reasons for such a unique situation at Camp Nou.”

The decision to play was not a universal one. Former president Joan Laporta criticised the decision to the play the game, as did former coach Pep Guardiola.

There was also division among the board, with vice-president Carles Vilarrubi and director Jordi Mones tendering their resignations as a result of their opposition to the game going ahead.

“We thank both of them for their dedication during all their years of service,” Bartomeu said, confirming their resignations had been accepted.

Bartomeu reiterated that there was no security threat, which was the official reason in the referee’s report for the game being played behind closed doors, and said that “this doesn’t end here.”

Amid the international break, Barca have already joined a Catalonia-wide strike on Tuesday and will continue to defend the people’s right to self-determination.

“We shall continue to tell the world about the reality of what’s happening in our country and our commitment to its people and their freedoms, a commitment to which the club has remained faithful throughout its 118 years of history,” the president said.

The subject of where Barca would play in the case of an independent Catalonia had been a talking point throughout the build-up to Sunday’s referendum. Catalan minister of sport Gerard Figueras had said the club could continue in the Spanish league or could move to a nearby country, “like Italy, France or the Premier League.”

But Bartomeu said it’s far from certain where Barca will play their football if secession is achieved.

“It’s a question which only comes up in the case of an independent Catalonia and we are not there yet,” he said. “We will value it when we get to that moment. In the case of independence, the board, the club and the club’s members would have to decide which league we would play in.”