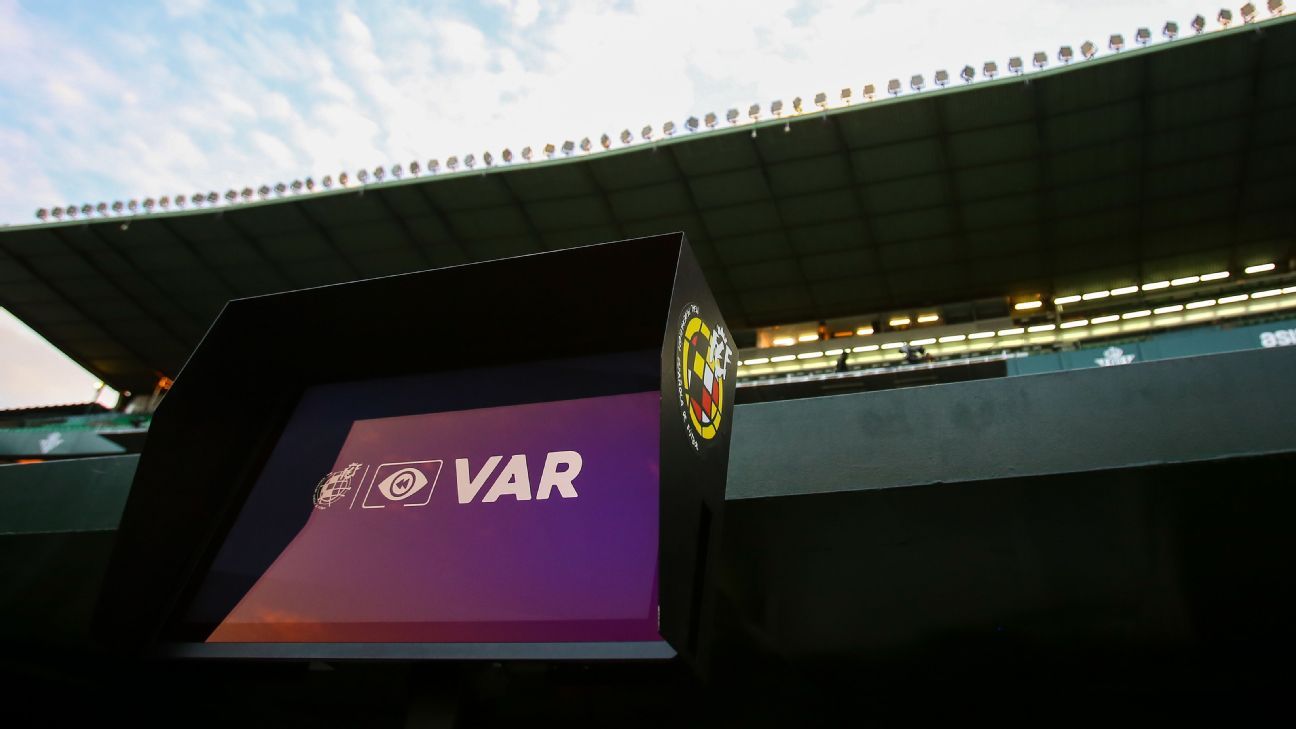 Barcelona president Josep Maria Bartomeu has launched an attack on the use of VAR in La Liga, suggesting it favours Real Madrid after watching his side fall four points behind their Clasico rivals at the top of the table in recent weeks.

– Stream ESPN FC Daily matches on ESPN+
– What did you miss? The latest from Europe’s top leagues

Barca beat Villarreal 4-1 on Sunday to keep their faltering title hopes alive with four games to play but the win was overshadowed by decisions taken in Madrid’s 1-0 victory over Athletic Bilbao earlier in the day.

Sergio Ramos scored the only goal of that game when referee Jose Gonzalez Gonzalez awarded a penalty for Dani Garcia‘s foul on Marcelo after consulting the pitchside VAR monitor. Moments later, Gonzalez Gonzalez opted not to give Athletic a penalty when Ramos caught Raul Garcia at the other end.

“I saw the game in Bilbao, another win for Madrid,” Bartomeu told Movistar. “Our message, which I will repeat: I feel bad, but VAR is not at the level that we hoped for the best league in the world.

“Since the league restarted, it’s not been very fair and that’s having an effect on results. And it seems it always favours the same [team]. There have been many games when VAR has favoured the same [team] — and many teams have been disadvantaged as a result.

“We spoke with the [Royal Spanish Football Federation] about it in the past. VAR should help referees but in the images everyone has seen in recent weeks it’s not been fair.”

Barca complained about the application of VAR following a 2-2 draw at Real Sociedad in December but Bartomeu inferred they have been especially angered by decisions going in Madrid’s favour since the league resumed last month.

Athletic’s Iker Muniain said after Sunday’s defeat to Madrid that “certain teams are getting all the decisions,” while Real Sociedad also bemoaned the use of technology when they lost to Zinedine Zidane‘s side in June.

Asked if he understood the use of VAR across Spain’s top flight, Barca coach Quique Setien said he increasingly “fails to understand the criteria applied.”

Ramos, meanwhile, said earlier on Saturday that Madrid aren’t on track to win the league thanks to refereeing decisions and that their challengers “should be critical of themselves.”

Luis Suarez, Antoine Griezmann and Ansu Fati were all on target in Barca’s win over Villarreal after Gerard Moreno had cancelled out an early own goal by Pau Torres.

The win eases the pressure on Setien for now, although Bartomeu said reports the coach’s future was on the line following three draws in four games were “false.”

“Quique has our support,” the president said. “We’ve seen a dynamic performance today and we’re going to fight until the end for La Liga and then we have the Champions League.”

Bartomeu also played down a claim from Cadena Ser in midweek that Lionel Messi is considering leaving the club when his contract expires in 2021.

“I won’t go into details about [negotiations] but Messi has said many times he will end his career at Barca,” he added. “He has explained he wants to continue and the club and we’re going to have him for many more years.”

Barca return to action on Wednesday against Espanyol knowing that they need to win their final four games while hoping Madrid drop points in at least two of their remaining fixtures.