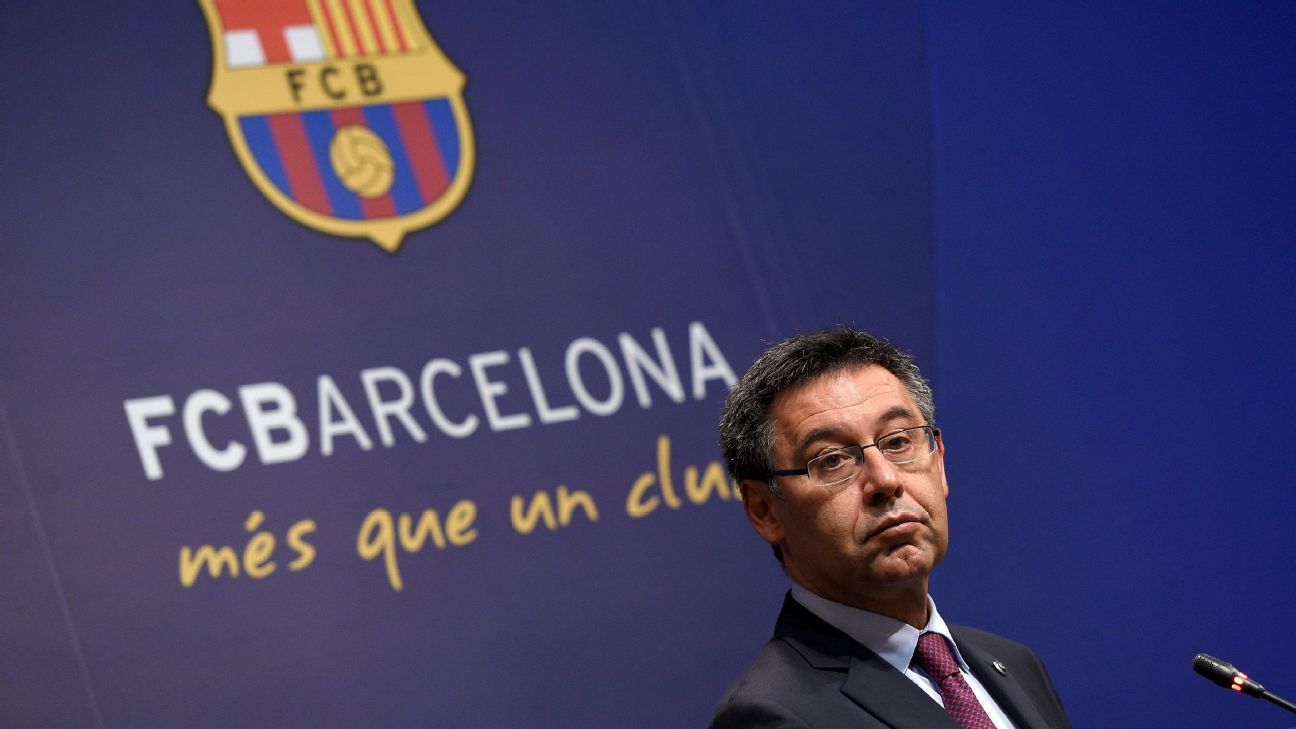 
Barcelona predict their annual revenue will be close to the €900 million mark this season as they edge ever-nearer to their target of becoming the first club to break the €1 billion mark.

The Catalan club announced a record revenue of €708m for the 2016-17 season earlier this year — €13 million higher than they’d estimated at this time last year — which represented an increase of almost €88m on the previous season.

President Josep Maria Bartomeu has said he wants to reach €1bn by 2021 and the forecasted revenue increase of €189m would make that a very realistic aim.

“The board has approved the budget for the 2017-2018 season,” spokesman Josep Vives said in a news conference on Wednesday. “This budget reflects a predicted record income of €897m.”

Barca’s coffers have been boosted this season by the new shirt sponsorship deal with Rakuten.

The Japanese company took over from Qatar Airways as the club’s principal sponsor in the summer after agreeing a four-year deal which could be worth as much as €61.5 per season.

Nike, Beko and Gillette are among a glut of other sponsors that work with Barca as the club continually seek to grow their partners in all four corners of the globe.

In the most recent Deloitte Football Money League for 2017, which took into consideration accounts for the 2015-16 season, Barca were second, behind Manchester United.

Deloitte’s Money League for the 2016-17 season will be revealed in January.