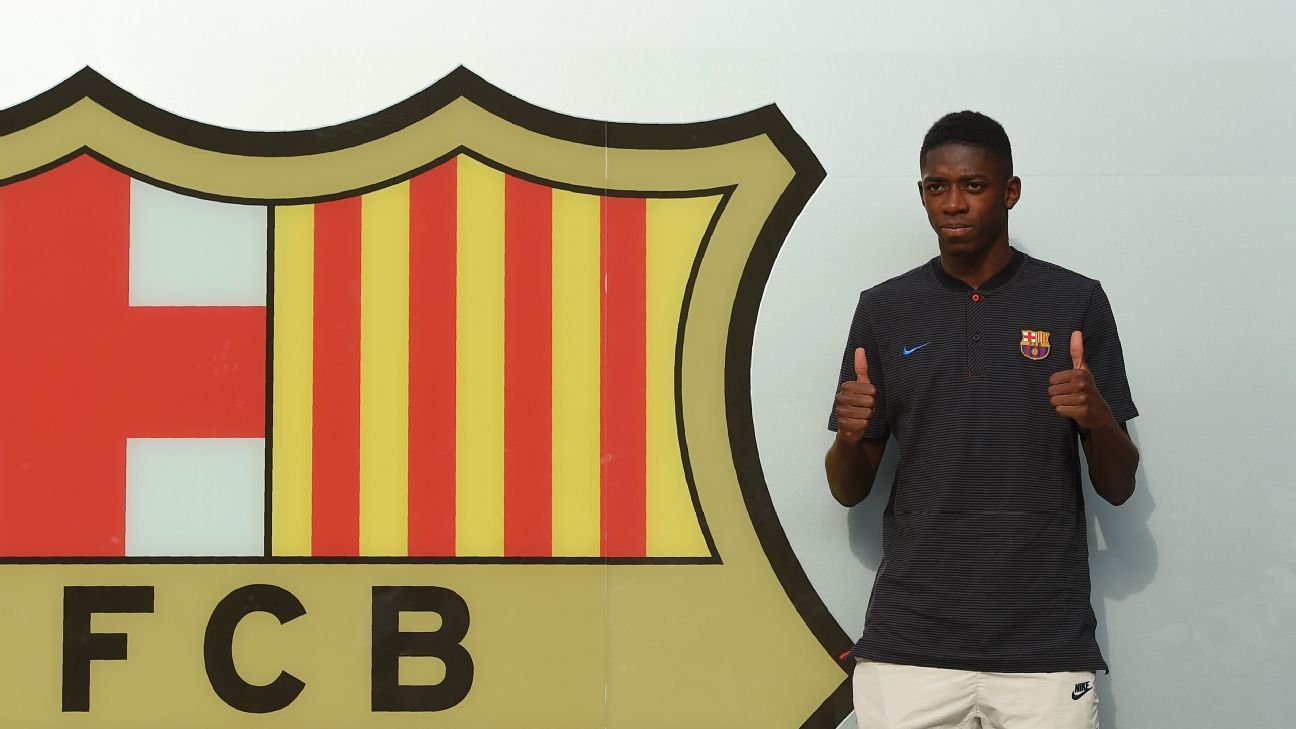 
Thomas Tuchel has said he can understand Ousmane Dembele’s decision to leave Borussia Dortmund for Barcelona as playing for them was always “his big goal and dream.”

Tuchel returned to the dugout at a testimonial match in Mainz on Saturday, where his team suffered a 10-6 defeat to Jurgen Klopp-coached opponents, in his first public appearance since leaving the Westfalenstadion.

In an interview with Sky Germany, Tuchel, who said that he’s getting excited about football again, refused to make any comments on recent rumours linking him with Premier League champions Chelsea, but spoke about his former player Dembele, who last month went on strike to secure a transfer to Barcelona.

“Already in the first talks we held, Ousmane expressed his feeling that it is his big goal and dream to move to Barcelona,” Tuchel said, adding that he could not comment on the actual situation ahead of the France international’s move to Spain.

“I was not involved in the procedures and don’t know why he did it. But you need to be wary of not being too moral.”

In an interview with Die Zeit, Tuchel added that his wife warned him he would lose his job at Dortmund, despite his belief that he could hang on to it.

Tuchel entered talks with Dortmund’s hierarchy believing the situation could be turned around, despite his wife telling him he would “be back in 20 minutes.”

He added: “The date was in a hotel, not at the club, and I thought you never know, we might resolve the problems over a lunch.”

Tuchel and his agent Olaf Meinking walked out of the hotel after only 15 minutes, with the coach sacked by CEO Hans-Joachim Watzke and sporting director Michael Zorc.

“When big personalities meet, there will be friction. And, for the love of God, I am not always the victim,” Tuchel said.

Meanwhile, Watzke told Bild am Sonntag that he was thinking about vacating his post at the club in the case of a defeat in the DFB Pokal final against Eintracht Frankfurt, which Dortmund won 2-1.

“For the first time in my life, my batteries were flat after the last season,” Watzke said. “Had we lost the cup final, I would have definitely stepped down.”

Elsewhere, Dortmund’s 12-year-old attacker Youssoufa Moukoko took his season tally for the club’s under-17 team to 13 goals in five games as he scored a hat trick in BVB’s 10-0 demolition of Alemannia Aachen.