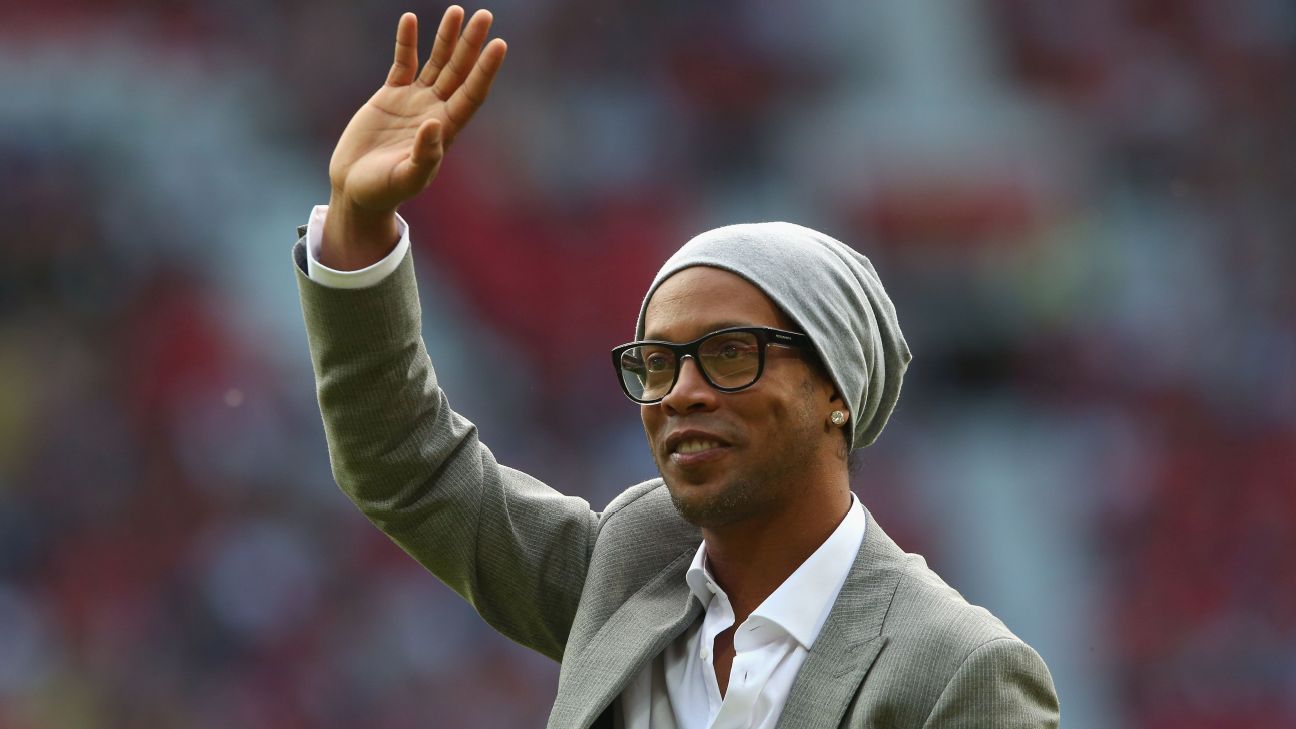 
Barcelona are monitoring the situation with former player Ronaldinho in light of his support for right-wing presidential front-runner Jair Bolsonaro in the upcoming Brazilian elections.

Ronaldinho is one of a number of high-profile athletes in Brazil to have backed Bolsonaro, who has been criticised for misogynist and anti-gay statements during the campaign.

The former Brazil international remains a club ambassador for Barca, but there has been a debate in the Catalan press about his suitability for the role. An opinion column in Diario Sport argued the club should end their links with him.

Barca say they respect Ronaldinho’s right to his opinion, but are concerned about how it might reflect on the club. However, they will not rush into a decision about whether or not he will stay on in his ambassador role.

“It’s clear that our democratic values do not coincide with what we have heard from this candidate [Bolsonaro],” spokesman Josep Vives said in a news conference. “However, as a club, we respect everyone’s opinion and a player as important as Ronaldinho is entitled to freedom of expression.

“To talk about Ronaldinho [at Barcelona] is to talk about the spectacle he provided, about his smile, about football. We don’t share [Bolsonaro’s] proposals, but we respect each person’s right to freedom of thought. That is our position on the matter.

“We’re going to closely follow how things evolve and we will make a decision. Right now, we have not made a decision, but we will follow what happens because we’re concerned on the repercussions it could have on the club.”

Ronaldinho is not the only former Barca player to have offered his support for Bolsonaro. Rivaldo has also backed his candidacy, as have Cafu, Kaka and current Tottenham Hotspur forward Lucas Moura.

Barca have not commented on Rivaldo. He does not have an official title with the club, although he does sometimes represent the institution at sponsors events.

Ronaldinho, now 38 and retired, is considered one of Barca’s best-ever players. During 207 appearances between 2003 and 2008, he scored 94 goals and won two La Liga titles and the Champions League.

He returned to Barca as an ambassador in 2017, a role which sees him represent the club at various events and activities, while also taking part in FC Barcelona Foundation events related to UNICEF.