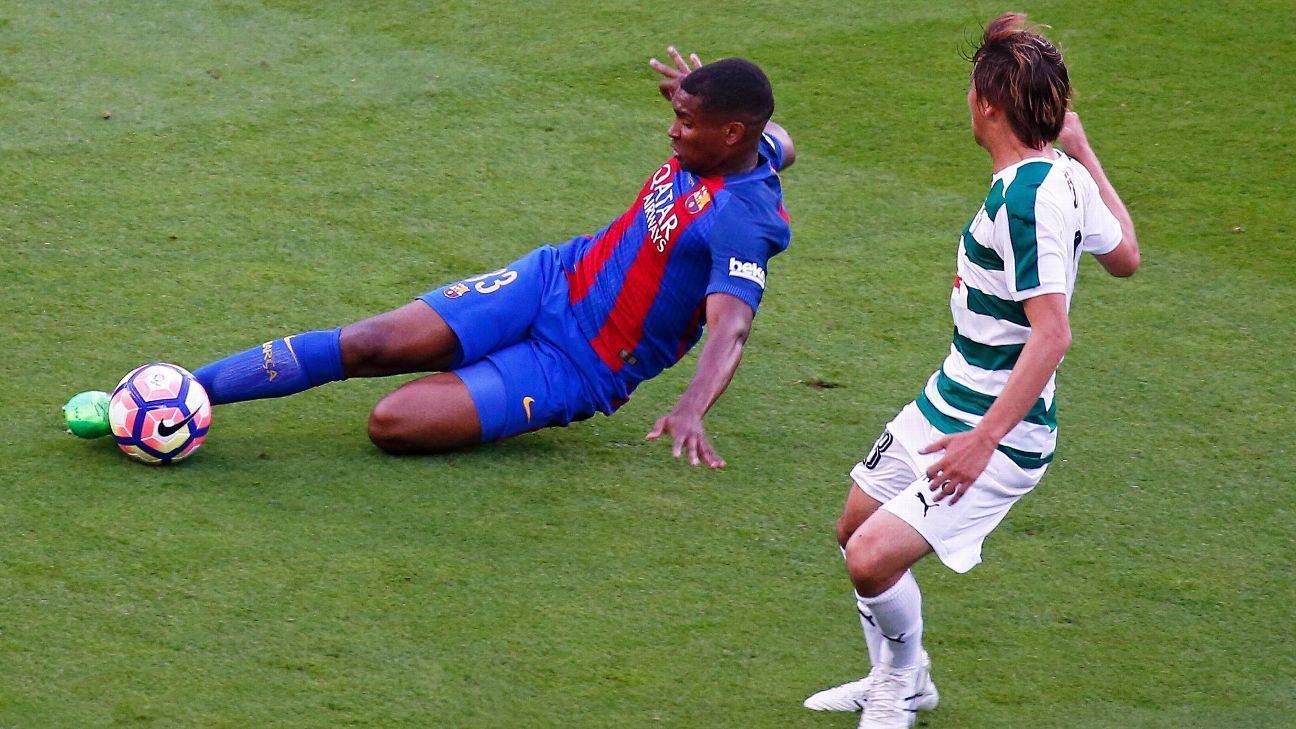 
Barcelona have made their first signing of the summer with the confirmation that they will execute their option to make Fluminense defender Marlon Santos’s loan deal permanent.

Marlon, 21, signed a three-year deal with the Catalan club and will form part of the first team’s preseason tour of the United States under new coach Ernesto Valverde.

No fee has been revealed by either club, but as ESPN FC reported earlier in the season it’s estimated to be somewhere in the region of €6 million.

Marlon was a cornerstone of Barca B’s impressive season last campaign, with Gerard Lopez’s young side winning their league.

The season could yet end in promotion back to the second tier of Spanish football, too, if they beat Racing Santander in the playoffs over two legs in the coming week.

As well as playing for the reserves, the Brazilian centre-back has trained regularly with the first team and started the final two league games of the season, wins against Las Palmas and Eibar

He had previously made his debut as a second-half substitute in the Champions League win over Celtic in Glasgow and Valverde will now use the summer to decide whether to keep him with the first team squad next season.