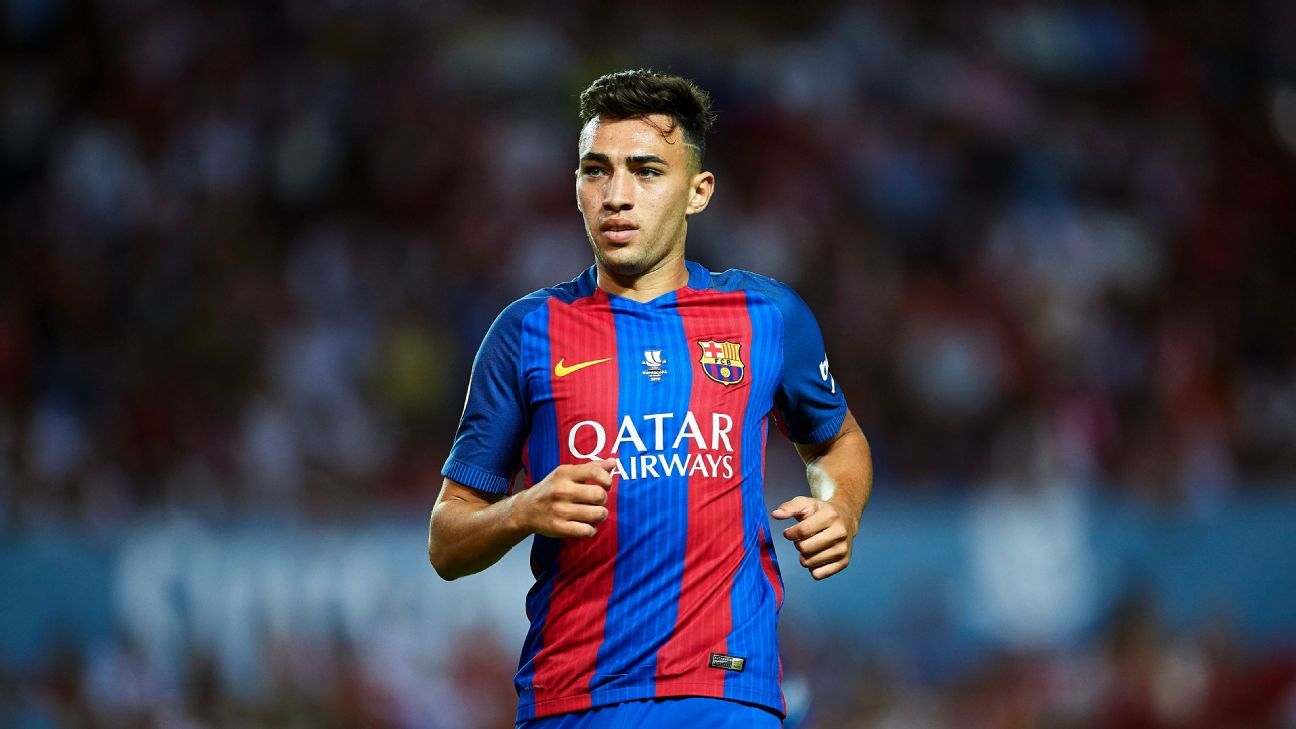 
Barcelona forward Munir El Haddaddi has left the club on deadline day to join fellow La Liga side Alaves on loan until the end of the season.

Munir, 22, spent last season at Valencia, returning to Barcelona in the summer and taking part in preseason with Ernesto Valverde’s squad.

However, he was never likely to stick around this season with sources telling ESPN FC in July that the former Spain under-21 international was surplus to requirements.

Despite interest from Roma, Torino and Crystal Palace, though, no one was prepared to match Barca’s €12 million asking price, forcing the Catalan club to accept a loan offer, with the deal completed just four hours before the transfer window closed in Spain.

Munir burst on to the scene in Luis Enrique’s first season in charge at the club, scoring on his full debut against Elche in La Liga in 2014.

But his opportunities decreased over the course of the following two seasons and he was sent on loan to Valencia last summer.

In 35 appearances at Valencia, he scored seven goals, including in both games against Barca, but Los Che decided against making the deal permanent.

Alaves have had success with loan signings since winning promotion to La Liga in 2016, with Theo Hernandez and Marcos Llorente, now both at Real Madrid, impressing while at the club last season.

Munir is one of over 10 players to join the Basque club this summer, with Enzo Zidane, Bojan Krkic and Alvaro Medran among the other players to head to last season’s beaten Copa del Rey finalists.

Douglas, Sergi Samper and Marlon Santos have also left Barca on loan during the transfer window and Arda Turan could yet return to Galatasaray, with the Turkish transfer window running into next week.