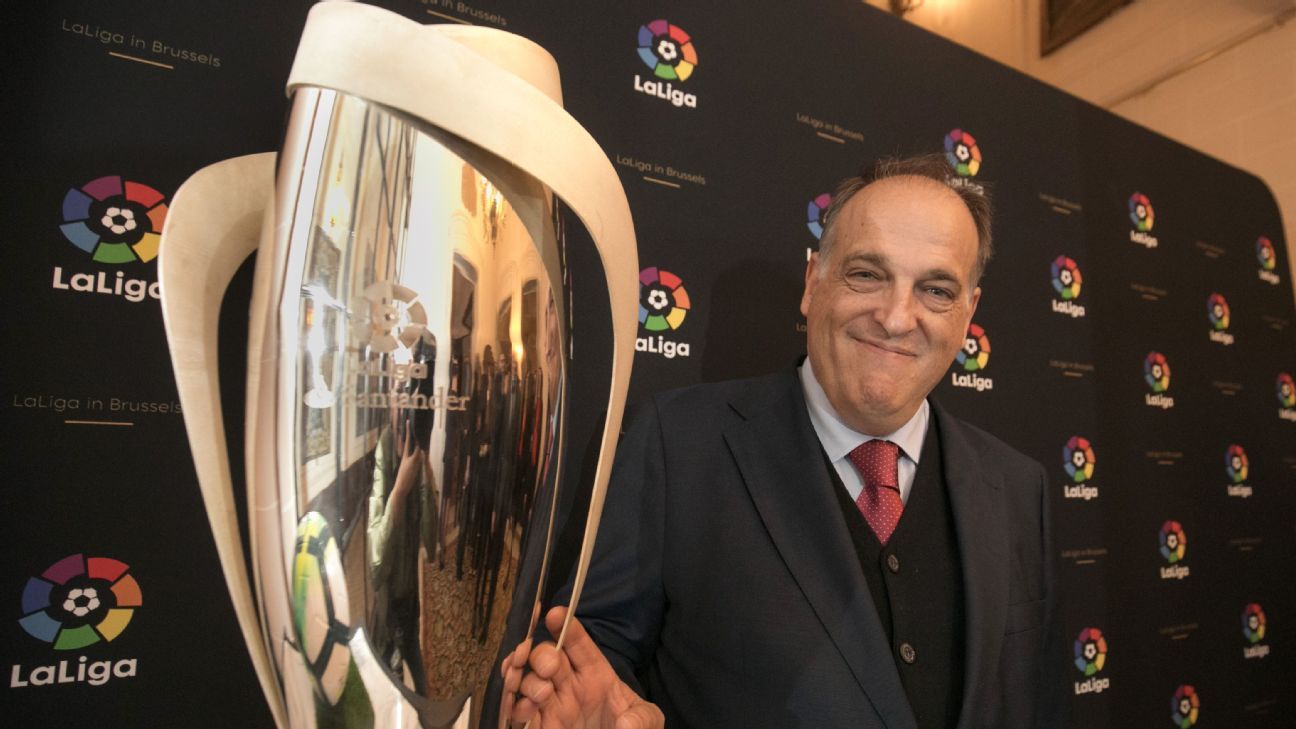 
Barcelona have told Javier Tebas to focus on his own work and called the La Liga president’s comments that the Copa del Rey final should be abandoned if supporters jeer the Spanish anthem “unacceptable and inappropriate.”

Barca will appear in their fourth consecutive domestic cup final on April 21 when they meet Sevilla at Atletico Madrid’s Wanda Metropolitano.

The prelude to each of the last three finals has focused on the Catalan side’s alleged disrespect for institutions, including Spain’s King Felipe VI.

This year’s final comes amid extra political tension after Spain’s central government used Article 155 of the country’s constitution to impose direct rule over Catalonia in October amid a drive towards independence in the Catalan regional parliament.

Tebas said earlier this week that Article 155 should be enforced at the Wanda Metropolitano, effectively to silence Catalan independence supporters, if Barca fans whistle the anthem for a fourth consecutive year.

“His comments are unacceptable and inappropriate from someone who represents every [La Liga] club,” Barca spokesman Josep Vives said. “We ask that he abstains from making these type of comments and focuses on his work.

“We demand that he focuses on what he knows: the economic and commercial organisation [of La Liga], which benefits every team. We also [demand] that he absolutely abstains from making comments like this, which are not in reference to his competition, nor do they help to generate a good atmosphere for the Copa del Rey final.”

Tebas made a similar call ahead of the final between Barcelona and Basque side Athletic Bilbao in 2015, but no action was taken when the anthem was jeered at the Estadio Vicente Calderon.

It is also not the first time Barcelona and Tebas have become embroiled in a war of words.

Last season, after Valencia fans threw objects at Lionel Messi, Tebas criticised the players for inciting the violence. Barca vice-president Jordi Mestre responded by telling him to focus on clamping down on such incidents.