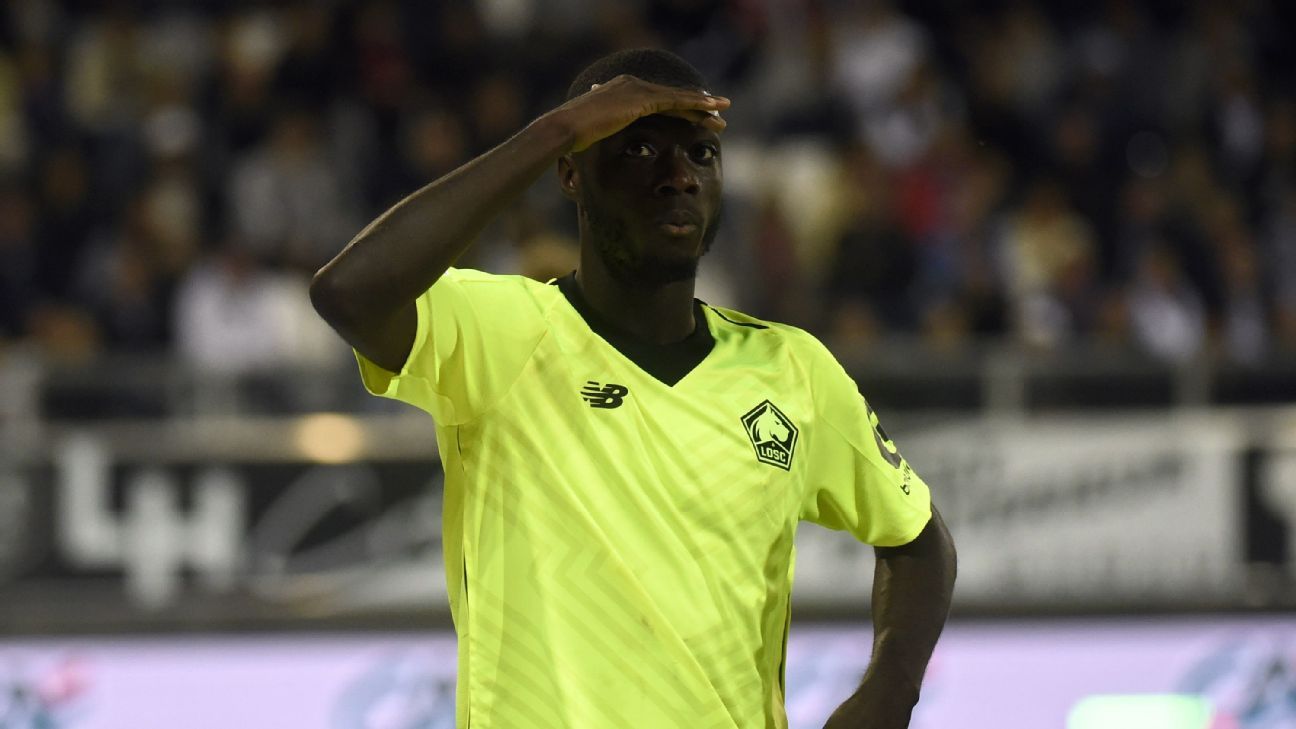 Pepe, 23, has started the French season with four goals and three assists in only in five Ligue 1 appearances.

“It is true,” Lopez told RMC when asked about the reports of interest from Barcelona. “There are a few big clubs interested in him.

“Clubs contacted us directly after the transfer window to find out how to proceed. I wanted him to stay for at least one more season.”

Lopez said Lille would “definitely sell” players in January, although he stressed that midseason outgoings would be limited to players who were not playing regularly.

He said Pepe was “indispensable and will not move [in the winter]” but did not rule out a deal in the summer.

Lille signed Pepe, who predominantly plays wide on the right, from Angiers in 2017 and he has scored 18 goals in 43 appearances.

Sevilla, Lyon, and Southampton were linked with him in the summer, with the latter reported to have had a €14m bid turned down. Manchester United were also reported to be interested interest this week.

Barcelona signed winger Malcom from Bordeaux in the summer to provide competition for Ousmane Dembele.

As well as a central midfielder, they are looking to sign a new striker next season as they look to find a long-term replacement for Luis Suarez, who is 32 in January.