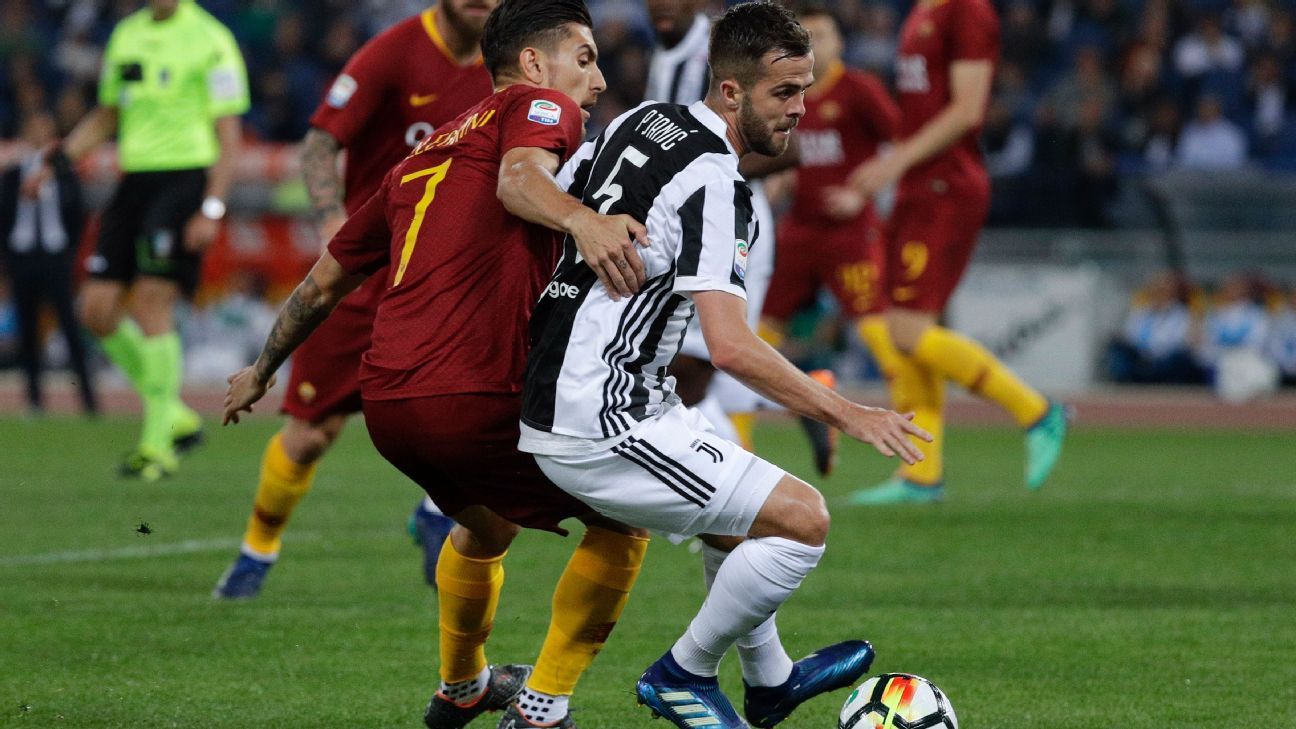 
Miralem Pjanic’s agent has urged Barcelona to contact Juventus if they want to sign the Bosnia international this summer.

Sources have told ESPN FC that Barca’s focus has switched to signing a central midfielder following their failure to bring in Antoine Griezmann.

Griezmann was targeted because Barca felt his €100 million release clause represented value for a player of his calibre, but acknowledged that, following the departure of Andres Iniesta, their priorities may be better met elsewhere.

A deal is already in place to sign Arthur Melo from Gremio in January, although Barcelona are trying to bring the transfer forward to July, while work to sign another midfielder is ongoing.

Pjanic, 28, is reportedly one of a number of players on their shortlist, along with Ajax’s Frenkie de Jong.

“If Barca want him, they must get in touch with Juve to begin talks,” Pjanic’s agent Dr. Michael Becker told Mundo Deportivo.

“It’s very flattering to see him linked with them and attracting interest from big clubs after what he’s achieved with Juve. He’s currently on holiday, but he’s up to speed with the rumours.”

Reports in Italy have suggested Juventus will not sell Pjanic for less than €80m, but Barca have money to spend.

De Jong, meanwhile, has not ruled out a move to Barcelona but suggested he would stay at Ajax.

“As a footballer, you can never say if you will still be at the club next year,” the Netherlands international said. “There’s always the chance that another club offers so much money that you are gone, but right now it looks like I will be playing for Ajax next year.”

Bayern Munich’s Thiago Alcantara has also been linked with a return to the Camp Nou, but Barca are only expected to go down that route if they fail to land one of their other targets.