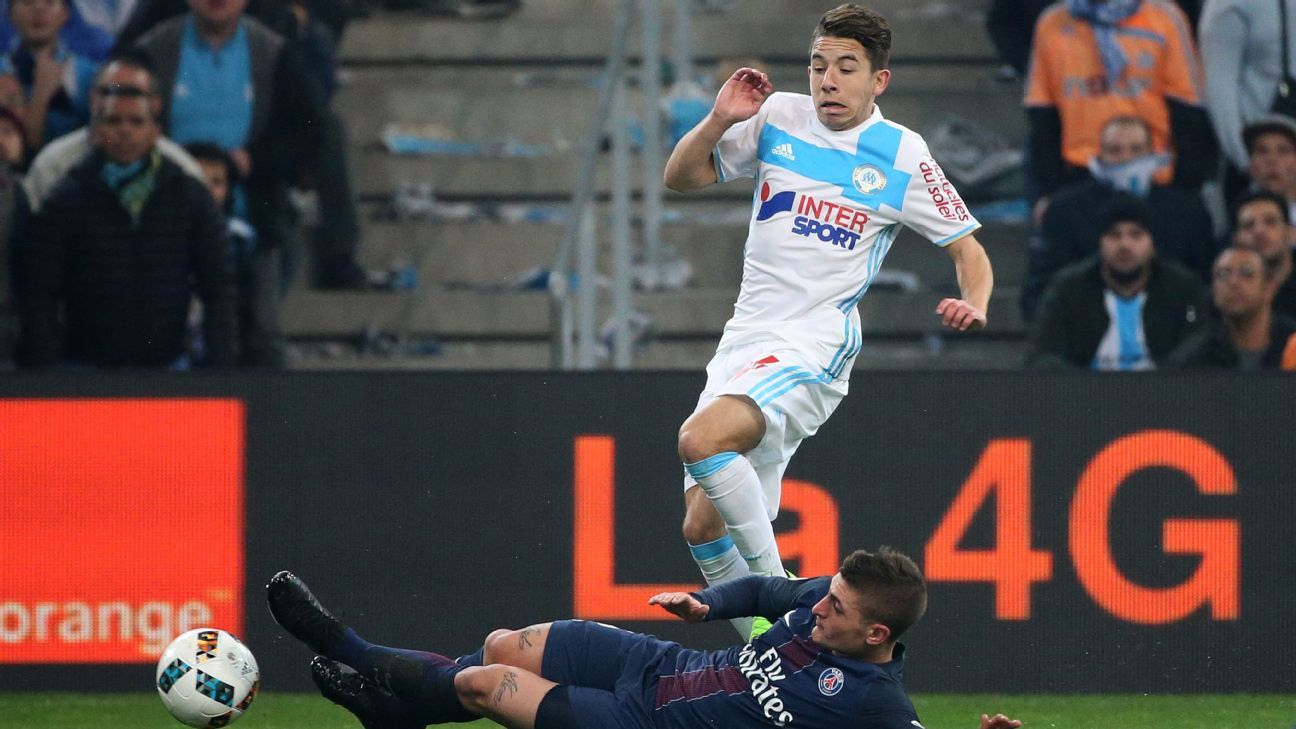 
Barcelona have been strongly linked with an interest in Marseille midfielder Maxime Lopez as they look to strengthen their options in midfield.

Moves for Marco Verratti and Philippe Coutinho failed in the summer, meaning Barca are likely to return to the market, if not in January, then at the end of the season.

But who is Lopez? And could he be the player they’re looking for?

Lopez is living his dream. Not yet out of his teenage years — he turns 20 in December — he is not only playing for his hometown club, but has quickly become one of the most important players in Rudi Garcia’s side.

“When you’re 19 and born in Marseille, playing for Olympique Marseille, with the likes of Florian Thauvin, Bafetimbi Gomis and Lassana Diarra, you can’t help but be happy,” Lopez has said.

“It was a dream for me to play for my team.”

Dubbed the most exciting player to emerge from Marseille’s academy since Samir Nasri, he created a goal on his first team debut in August of 2016.

However, it was only when former Roma boss Garcia took over in October of the same year that Lopez began to really find his feet in the team. He became a regular in Garcia’s fluid 4-3-3 system and the scouts have been flocking to the Stade Velodrome ever since.

Comparisons are often futile in football but the list of players Lopez has been compared to give an idea of the type of midfield player he is: Nasri, Verratti, Mathieu Valbuena, Andres Iniesta, Xavi Hernandez …

“He is a player who likes to touch the ball a lot and has the skill and vision to do so,” is how Garcia describes him.

“He can play one-touch football. He is mature for such a young man; what I like about him is that he has character.”

Nasri says he is a player in the “Spanish mould” and the idea being fed to Barca supporters in the Catalan press is that, if he signs, he will take over from Iniesta and Xavi as the flag-bearer for the team’s style.

At just 1.67m tall, it’s easy to see why Lopez would be held up as the next Xavi and his technical attributes certainly add weight to that argument — although perhaps he’s more like Verratti, who Barca desperately wanted to sign in the summer.

Lopez is one of a huge number of young players emerging from French football with rave reviews. Les Bleus look in good hands for the next decade, with Kylian Mbappe, Thomas Lemar and Ousmane Dembele the latest to emerge from a seemingly never-ending production line.

It’s not a theme which has gone unnoticed by Barca, with the Catalan club delving into the French market heavily of late. Lucas Digne, Samuel Umtiti and Dembele have all been signed in the last 18 months.

But it’s the latter’s arrival which particularly catches the eye, with Diario Sport reporting Lopez and Dembele — both born in 1997 — struck up a friendship while representing France at youth level.

Lopez has strong links to Spain, too. Just in case he needed a reason to be excited about Barcelona’s interest.

While he was born in Marseille, neither of his parents are from France. His mother is Algerian and his father is Spanish.

Another Spanish connection doesn’t directly involve Lopez, but could facilitate negotiations between the two clubs. Barcelona’s former sporting director Andoni Zubizarreta is currently working in the same role at Marseille.

Competition could drive the price up

Barca claim a crazy transfer market and Liverpool demanding €200 million saw them pull out of a move Coutinho in the summer. But going public with their complaint is unlikely to ease their problems in the future.

Lopez is a player drawing plenty of interest and clubs remain aware of the money in Barca’s pockets following the sale of Neymar.

Premier League teams have been courting Lopez since he was just 16, while Real Madrid — whose coach Zinedine Zidane, like Lopez, was born in Marseille and has Algerian heritage — have also been credited with an interest.

All that interest and money is only going to drive up the price of a player who penned a new deal until 2021 earlier this year.