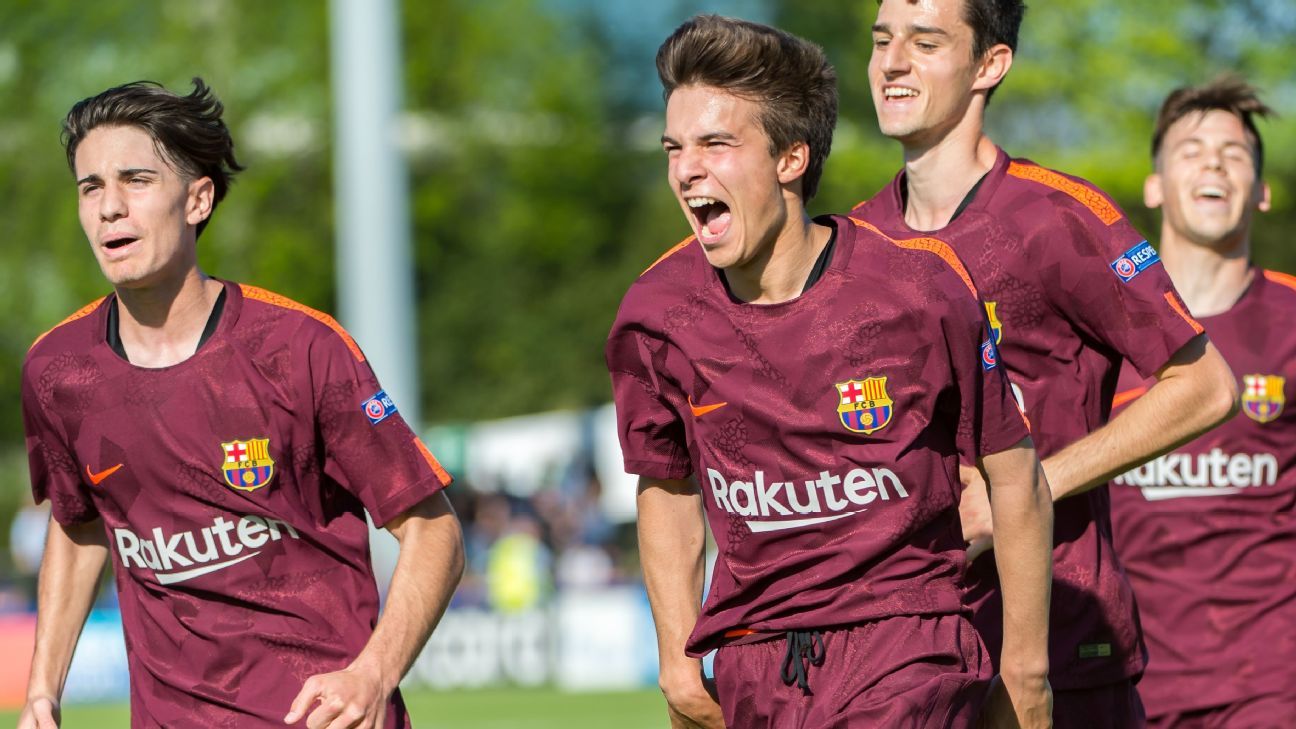 
Barcelona’s Under-19s scored five first-half goals but had to dig deep in the second half to hold off 10-man Manchester City on Friday to reach the UEFA Youth league final.

The Spanish outfit won 5-4 at the Colovray Sports Centre in Nyon, Switzerland, and will now take on two-time winners Chelsea, who beat Porto on penalties earlier in the day, in Monday’s title game.

Barcelona looked to be in complete command at half-time with a 5-2 lead.

An inspirational Mateu Morey set up three of Barca’s goals with Carlos Perez scoring twice and Alex Collado, Ricardo Puig and Alejandro Marques also hitting the back of the net.

Even worse for City was the 36th minute sending off of midfielder Lorenzo Gonzalez after he picked up his second yellow card for a hard challenge on Miranda.

Barca were leading 3-2 at the time and increased their advantage with Perez notching his second six minutes later and Marques scoring right before the interval.

City had gotten a 19th minute equaliser from Joel Latibeaudiere before Lukas Nmecha made it 2-2 in the 24th minute. Collado’s 31st strike put Barca ahead.

City coach Simon Davies made a tactical change at the break, reverting to a 5-3-1 formation and bringing in Rabbi Matondo. The substitute pulled one back in the 70th minute before Nmecha added his second to make it 5-4 with five minutes remaining.

Barcelona, who won the inaugural title in 2014, held on for victory.