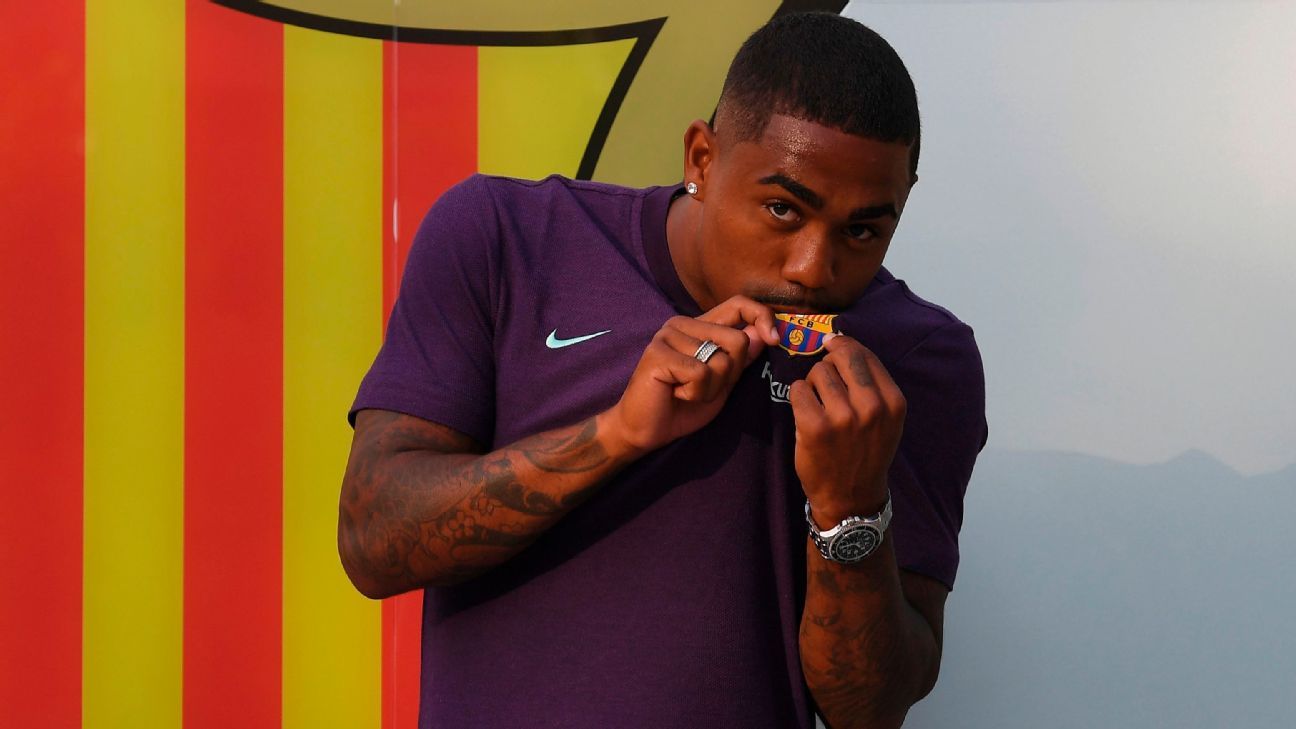 
Barcelona forward Malcom has denied reports he wants to quit the club in January, just three months after he was signed from Bordeaux for €41 million.

Malcom looked set to join Roma from Bordeaux in the summer when Barca stepped in with an 11th-hour bid. But playing time has been hard to come by for the Brazilian and he’s made just two substitute appearances since moving to Camp Nou.

Mundo Deportivo reported on Wednesday that, due to his lack of action, he has told the club he wants a winter transfer if things don’t change. He’s been linked with a move to the Premier League, with Arsenal and Tottenham said to be interested.

However, in a post on social media, Malcom responded to the claims, affirming that he and his family are happy in Barcelona.

“Regarding some news published in Spain, I want to clarify that I came to Barcelona with many objectives and those that know me know that I am a really determined person,” he wrote in an Instagram story.

“I am happy with my evolution in my career and my dreams become a reality with each passing day. My family are also well adapted in the city. In summary, I am going to keep fighting for everything I desire from my career.”

Malcom’s time at Barca has been restricted to just 25 minutes of action so far. He came off the bench against Real Valladolid and Leganes but had not played for Ernesto Valverde’s side since Sept. 26 before getting the start in a Copa del Rey clash against Cultural Leonesa on Wednesday.

There have been reports since he signed that he was never wanted by Valverde. The Barca coach referred to him as “the club’s signing” during a preseason tour of the United States, feeding the idea that he didn’t fancy the winger.

Valverde has since said that Malcom will get a chance but it’s a case of biding his time, with Lionel Messi, Ousmane Dembele and, more recently, Rafinha among the players often selected ahead of him.

Sources have told ESPN FC that Barca aren’t currently considering any offers for Malcom in January — be that on loan or for a permanent transfer — and don’t plan to let him leave.