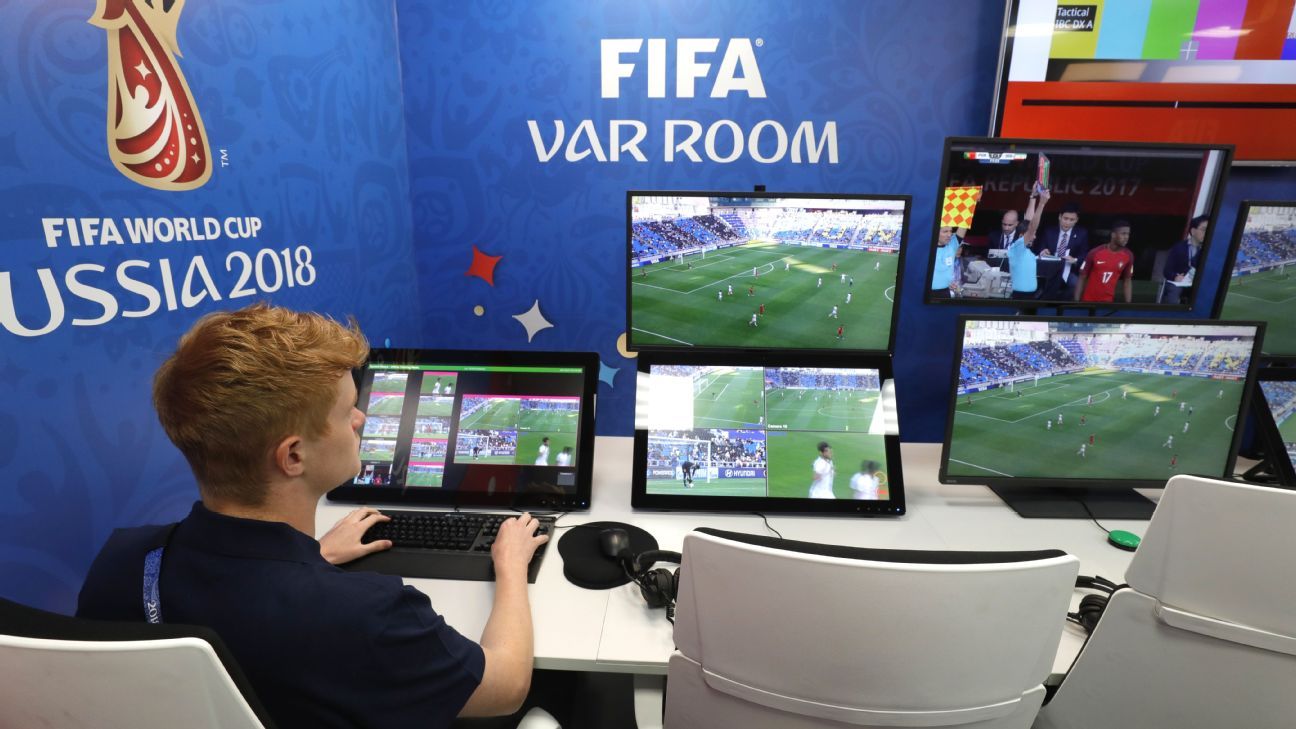 
BARCELONA — FIFA’s Head of Football Technology Innovation has told ESPN FC that the organisation are already working on ways to make VAR more efficient for the next World Cup in four years.

Johannes Holzmueller says “99.3 percent of all game changing moments were correct” in Russia this summer thanks to VAR but believes there are still ways to improve the use of technology in the game.

One thing FIFA are looking into is how they can incorporate player and ball tracking data in an attempt to speed up the decision making process.

“We never said we would 100 percent solve all the issues,” Holzmueller said. “We only said it will help us a lot but there will still be mistakes happening. There are still some things that can be improved.

“What we want to see is how the tracking data and positional data of the players and the ball can be integrated in the VAR system. We’re talking about offside technology, but also a way in which you can automatically find the best camera angles [to view all VAR decisions] — at the moment we still have someone sitting in front [of a screen] and choosing.

“These kind of things could be done automatically. We’re talking always about the [offside] line, but with [ball tracking] you know exactly when the ball was played. When we have better knowledge of the positional data of the ball, we can use that for the offside technology.

“It’s just an improvement of the current VAR technology. It helps the whole VAR technology to give even more accurate information and speed up the process.”

A key part of taking that step will be improving the way data is stored. Clubs currently deal with a range of different providers (in-house and externally) which makes it difficult to compare information when players move clubs or join up with their national teams as the statistics can differ.

FIFA, in collaboration with FC Barcelona’s Innovation Hub, announced on Friday that they are launching a system which “will change the way we understand the monitoring data that football teams collect during training and matches.”

Holzmueller explained: “What we’re trying to achieve is that we have a gold standard in place [to monitor player performance]. At the moment, it’s not clear if one system is better than another.

Barca and FIFA hope that the Electronic Performance and Tracking Systems (EPTS) will be used across the game and that it will help all clubs and national teams improve performance.

Holzmueller says the thirst for more information is there but stressed that using technology is about improving football, not changing it.

“For the first time at the World Cup we had the opportunity to provide the teams with software and communication equipment,” he said. “Thirty-one of the 32 teams used the communication equipment to talk to their analysts; 27 used the provided technology and software for medical and tactical use; and 25 teams used our platform for post match analysis.

“But technology will never change the game. It’s improving the game, not [changing] the game itself, the most popular game on the planet. Why would it be in anyone’s interest to change the game? Definitely not FIFA, we want to preserve the game. We want to protect the game.

“We want to improve the operations around it, so that the coaches, referees and fans get additional information.”