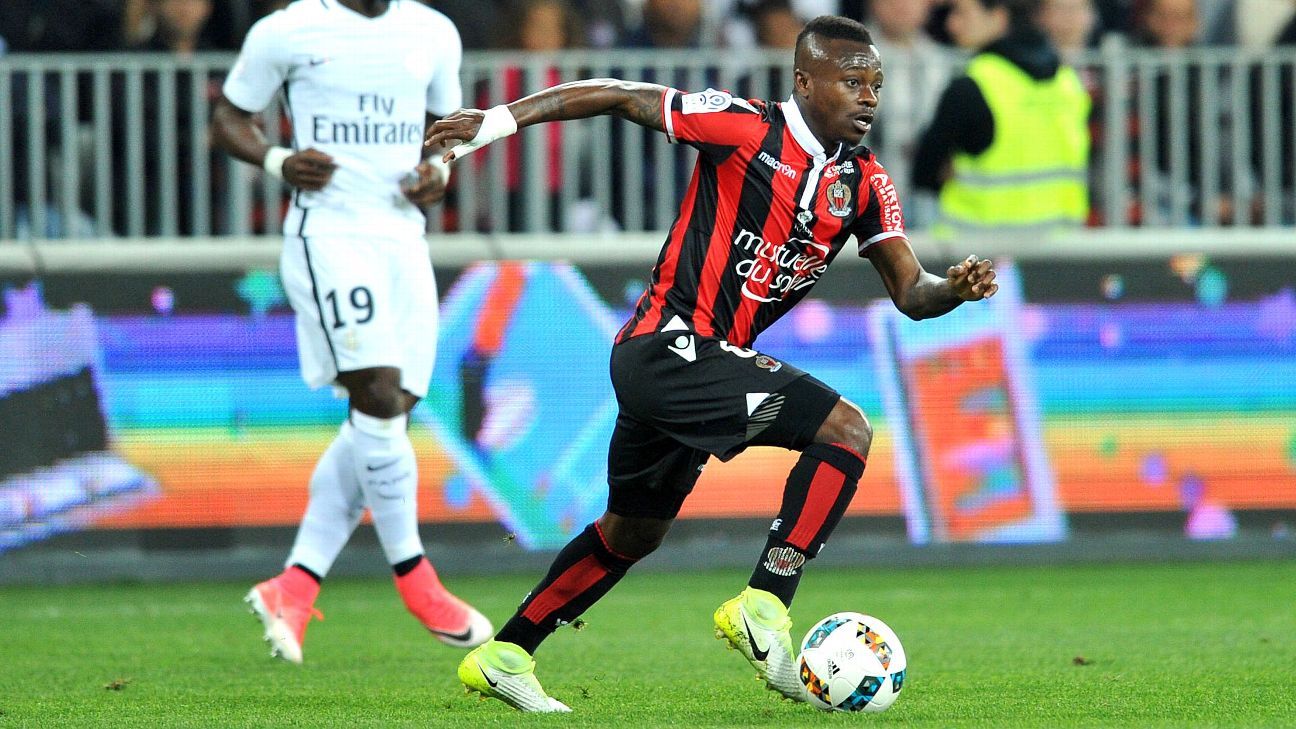 After a very public spat with Liverpool this summer concerning Philippe Coutinho, Barcelona are moving on and want to reignite talks over Ivory Coast and Nice midfielder Jean Michael Seri, according to the Mirror.

The outlet details how the Blaugrana are ready to drop their interest in the Reds star and pursue Seri instead. The Brazilian was ready to leave the Reds this summer, but owners FSG refused to budge on their stance that the player wouldn’t be sold.

After publicly pursuing the former Inter starlet, Barca now want to add strength in depth ahead of a La Liga title chase and an attempt at reclaiming the Champions League crown and see Seri as a perfect — and less expensive — alternative to Coutinho.

Ronald Koeman is still looking forward to adding quality in the January window, with the Sun reporting that Everton want Anthony Ralston from Celtic.

The Hoops starlet caught the headlines after starting Tuesday’s Champions League match against PSG, with the French side winning 5-0.

The 18-year-old was involved in a spat with Neymar after the Brazilian suffered some rough treatment and words were exchanged at full time.

Now the Toffees look set to push for a deal to acquire the talented defender from Glasgow in January.

Roy Hodgson will have up to £40 million to spend on transfers to boost Crystal Palace’s survival bid in January, according to the Star.

The Eagles sacked Frank De Boer four games into the season after going without a point to start the Premier League season and are now preparing for a relegation scrap.

The former England boss will be handed any funds he can generate from sales as certain stars are said to be preparing a mid-season exit.

The Dutch tactician set up an ambitious system inspired by his Ajax background, but after failing to implement a more attractive style of play, Palace will look to produce results quickly to maximise their squad in the coming weeks while rivals are still within reach.

The Mail believe that Arsenal star Jack Wilshere will be central to Hodgson’s business once the transfer window opens, with the former Three Lions chief prepared to offer Wilshere a lifeline.

RB Leipzig striker Timo Werner has opened the door to a Premier League move next summer after an impressive start to the season.

The German forward has struck seven times for Ralph Hasenhuttl’s side this campaign and alerted some of Europe’s biggest clubs, with the Mirror reporting the player’s intrigue in a move next summer.

– After first-choice shot stopper Tom Heaton’s injury against Crystal Palace, Burnley are looking for a replacement.

The Mail believe former Manchester United backup Anders Lindegaard could be drafted in to provide cover for Sean Dyche’s side after undergoing a trial.

The Italy international shocked his new fans with a stunning goal on Tuesday, but the Blues were considering the former France international rather than the ex-Torino man, reports L’Equipe.

– Federico Higuain has refused to comment on his future and instead wants to remain focused on playing well for Columbus Crew SC.

Higuain said last month that the 2017 season could be his last with Columbus, though head coach Gregg Berhalter has suggested there could be a chance of keeping hold of him.