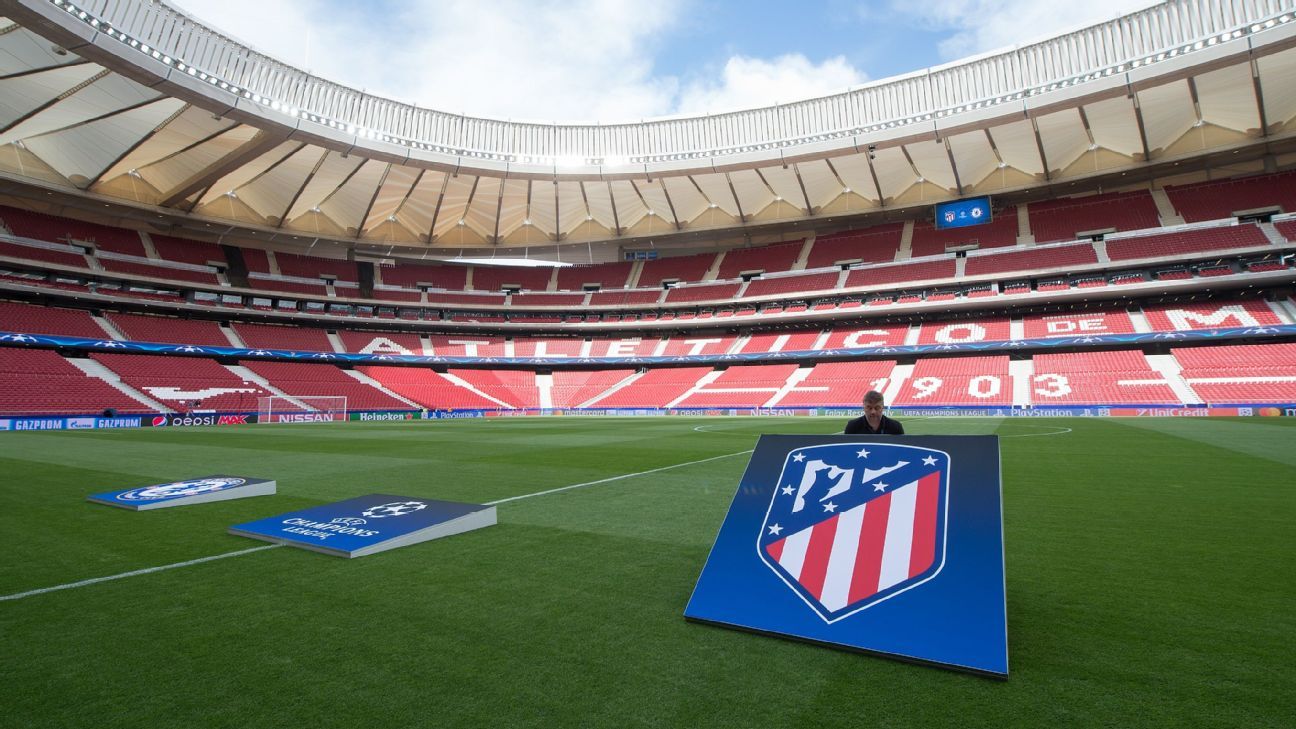 
Barcelona say that none of their supporters will attend their upcoming La Liga visit to Atletico Madrid due to the home side’s allocation of tickets for away fans, amid the continuing political turmoil in Spain related to a push toward Catalan independence.

However, an Atletico source has told ESPN FC that the club have made no special moves to stop travelling fans attending the match at the Wanda Metropolitano on Oct. 14.

Barca’s 3-0 La Liga win at home to Las Palmas was played behind closed doors at the Camp Nou last Sunday, the same day that a contested referendum on Catalan independence was taking place.

Defender Gerard Pique was insulted by some fans at an open Spain training session earlier this week. The World Cup and European Championship winner, who has won 91 senior caps for Spain, then called for more understanding and dialogue in a long-running news conference on Wednesday.

All this has made for extra tension ahead of Barca’s visit to Atletico’s new stadium, following the current international break. The Camp Nou club on Wednesday released a statement saying Atletico had blamed “logistical problems” for not being able to supply the usual number of away tickets for the game and Barca had therefore cancelled all ticket applications from their fans.

But an Atletico club source say they have not made any different plans for the game as they have been limiting away support for all Liga fixtures so far at their new stadium due to high demand for tickets from their own fans.

Only a small number of away supporters — reported to be about 200 — were at the Wanda when Malaga and Sevilla visited in the first two home La Liga fixtures of 2017-18. A similar situation was in place for the last five games at the Estadio Vicente Calderon last season, the source added.

There is no suggestion that Atletico are aiming to restrict the number of blaugrana fans at the game due to the current political and social environment.

A Barcelona spokesperson was not immediately available for comment when contacted by ESPN FC.

Meanwhile, Atletico president Enrique Cerezo says his team’s fans should not use the match for any type of political protest, when speaking to TV Espana show Zona Mixta.

“We just focus on football,” Cerezo said. “What concerns us is the game. We do not get into anything else as that is none of our business. For us the game against Barca will be normal. I ask our fans to go to the game and forget about any circumstances concerning the opponent. We are just interested in the three points. Football is a sport, and politics is politics. At Atletico we never have anything to do with politics.”

Cerezo also played down the idea that extra security measures would be taken around the game.

“In all games we have security,” he said. “With some teams there is more security. Against Barcelona it will be similar to any big game.”

Atletico midfielder Saul Niguez told Radio Marca that he was confident his team could hurt current La Liga leaders Barca, despite Ernesto Valverde’s side having won all seven league games so far.

“Barca are going very well, they have won all their games,” Saul said. “But we know we can damage them if we are at 100 percent and work together as a team.”

Saul admitted that Atletico would be in trouble however if Barca talisman Lionel Messi, whose late winner at the Calderon last February was his 27th goal in 34 games against the Rojiblancos over his career, went on a mission to personally secure the three points.

“Sincerely, if [Messi] decides to go and win the game, you’re screwed,” he said. “There is no way to stop him, to be able to play against him. The only thing you can do is defend as a team, man to man does not work, as they have other players with lots of quality who can do you damage on any side.”