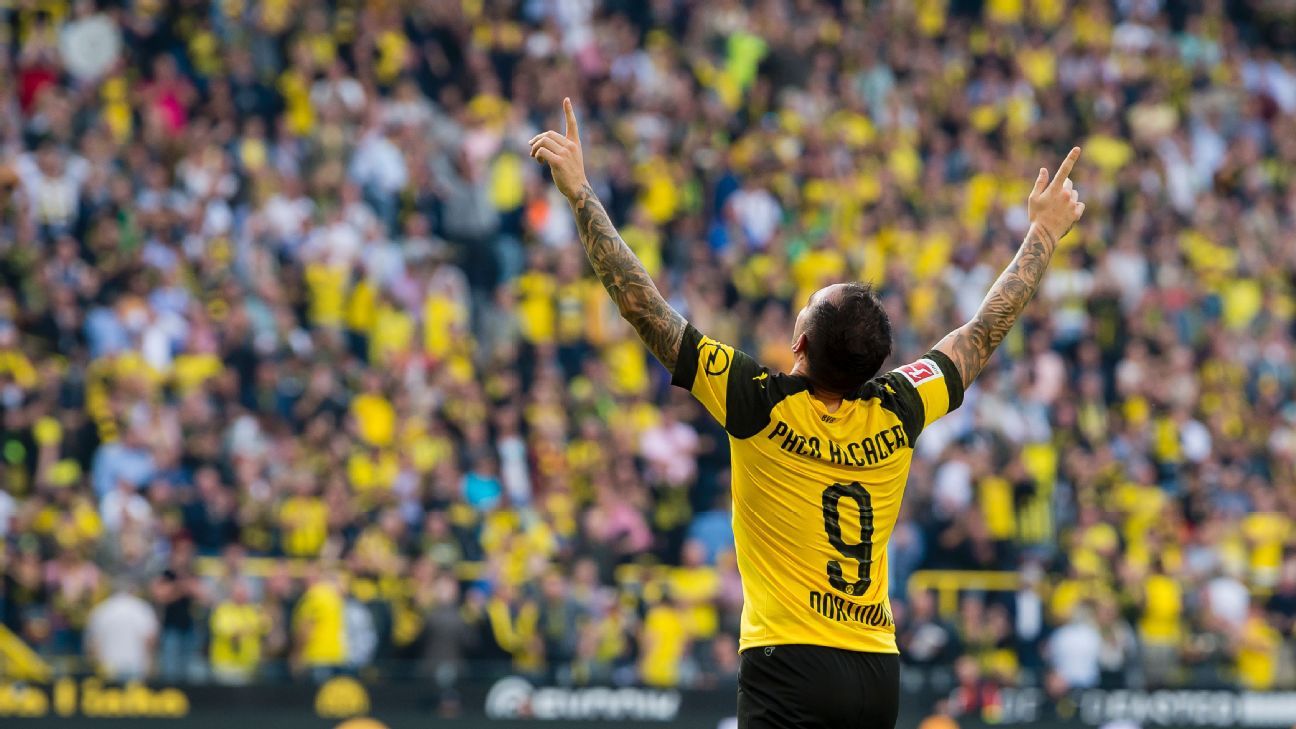 
Spain forward Paco Alcacer is convinced he made the right decision to leave Barcelona for Borussia Dortmund in August as he said he can now “enjoy my profession.”

Alcacer, the Bundesliga’s leading scorer with six goals in 81 minutes, joined Dortmund on a season-long loan.

He has been rewarded with a call-up by Spain coach Luis Enrique for the first time since March 2016 and could feature in the international friendly against Wales on Thursday and the Nations League game against England in Seville on Monday.

“The start that I’ve had at Borussia has allowed me to be here,” Alcacer said at a news conference on Tuesday. “The players in this national team are very good and you have to play at just as high a level as they are in order to be selected. It gives me great pride to be here and I’m very happy with the work I’m doing at Borussia.

“I have to continue and not slow down. The aim is to come here and help the team and if given the chance to play, to make the most of this opportunity.”

Alcacer made only 37 La Liga appearances in his two seasons at Barcelona, the club he joined from Valencia in 2016 for €30 million. Dortmund have an option to sign him for €23m in June.

“I took the decision to leave and go elsewhere in order to find playing time and enjoy my profession,” Alcacer said. “At Barcelona, it’s very difficult to have minutes with the quality of players that Barcelona has with [Lionel] Messi, Luis [Suarez] and Philippe [Coutinho].

“I’m very happy with the decision I made. From the first day I arrived [at Dortmund], all the players in the team have helped me considering all the challenges one faces when going abroad and not speaking the language. I’ve adapted well.”

Luis Enrique said he was thrilled to call up Alcacer, who he coached at Barcelona in 2016-17.

Alcacer, who has scored six goals in 13 appearances for Spain, is happy to be able to work again under his former coach.

“He is serious and direct,” Alcacer said of Luis Enrique. “He tells you like it is. He says very clearly what he wants from you and that is good for the players.”