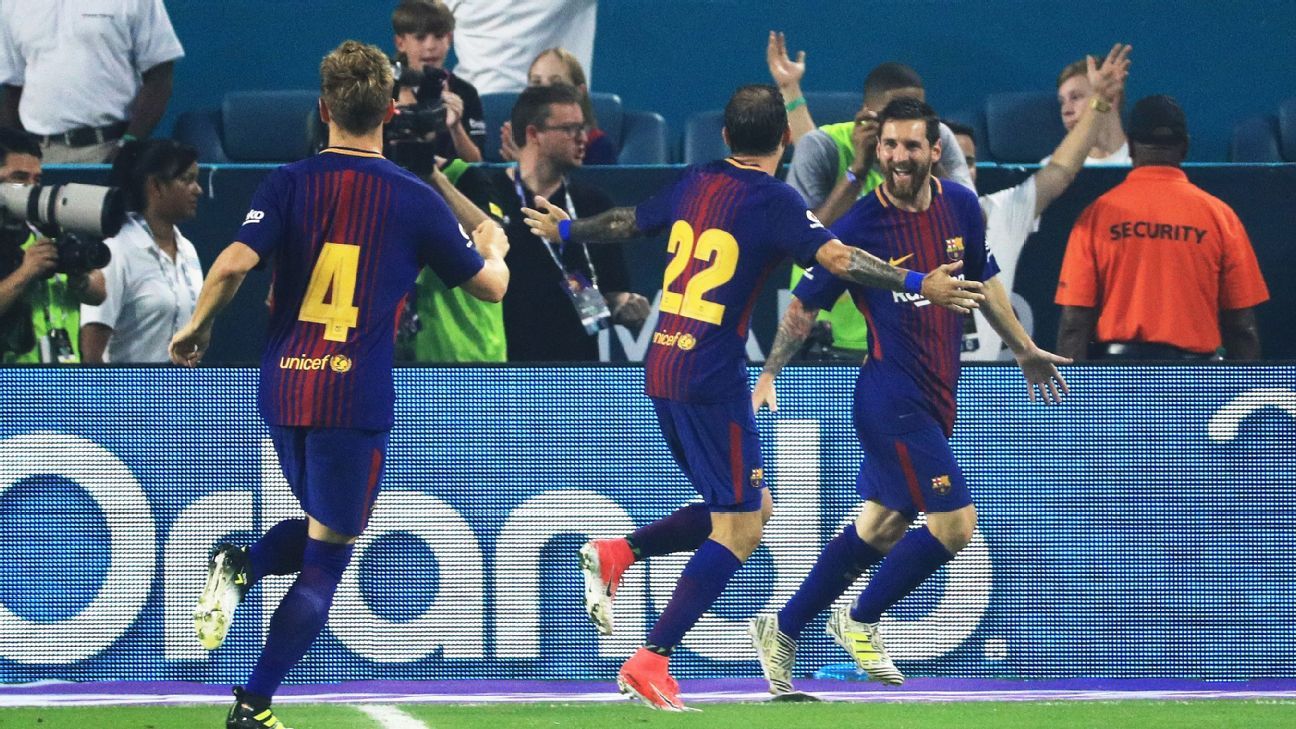 The Brazilian forward has been linked with a potential €222 million switch to Paris Saint-Germain, a deal which would see him become the most expensive player in the world.

But, after the 3-2 win over Real Madrid in the Clasico in Miami at the International Champions Cup, Valverde said he expects the 25-year-old to contribute at the Camp Nou next season.

“I try to talk about what is happening right now,” he told reporters. “Neymar is here with us, we count on him and we think that he should help us out this year.”

Valverde also felt the friendly triumph acted as a warm-up for the two-legged Super Cup showdown, which starts on Aug. 13.

After full-time at the Hard Rock Stadium, the former Athletic Bilbao manager told his club’s official website: “Those matches will be different – there is no such thing as a friendly against Real.

“My team started the game very well and I was happy with how they dominated proceedings.

“We had many chances to extend the scoreline further. It was an opportunity to see how great these players are, especially [Lionel] Messi who was extraordinary.”