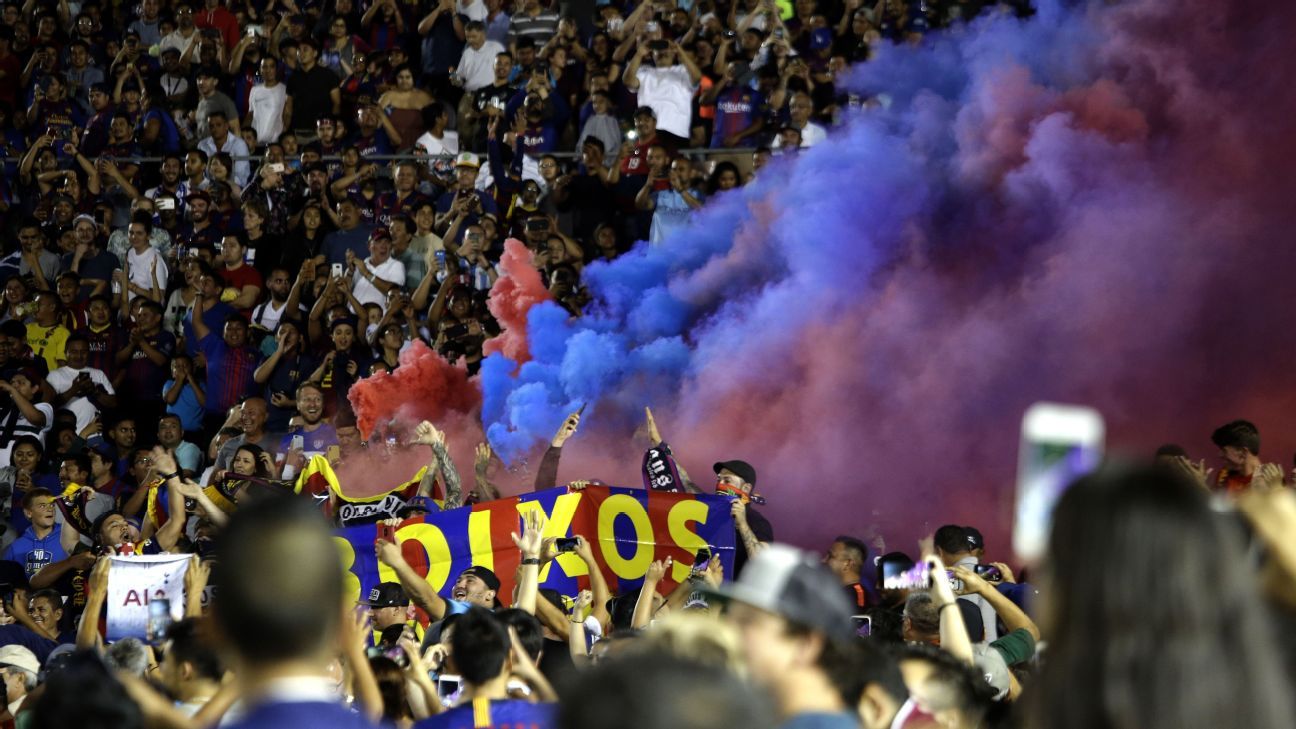 
Barcelona have condemned incidents which saw supporters of the La Liga leaders clash with Rayo Vallecano fans before Saturday’s league match between the two sides.

Fighting broke out in Vallecas, a district of Madrid, in the build-up to Saturday’s game between the clubs’ renowned ultra groups — Barca’s Boixos Nois and Rayo’s Bukaneros.

According to multiple local media reports, three supporters obtained minor injuries and have since been taken hospital.

Another report says around 80 Barca followers, all members of the Boixos Nois, have been sent back to the Catalan city and will not be present for the game at the Estadio de Vallecas.

Local police were unable to confirm the exact details to ESPN FC, but they did confirm they were dealing with two incidents which had occurred on Calle Payaso Fofo and Calle Sierra de Oncala.

Barca were also unable to offer more information on the clashes but have released a statement lamenting any form of violence in sport.

“Barcelona regret and condemn the events which took place this afternoon between Rayo Vallecano and Barca fans in Madrid,” the club said.

“We reaffirm our commitment to fighting against any form of violence in the world of sport.

“We make ourselves available once again to the police, security forces and agents involved to help bring an end to those collectives that practice violence in a systematic manner.”

It’s the second time in the last week that the Boixos Nois have been involved in an altercation.

Before last Sunday’s Clasico win over Real Madrid, around 250 members of the supporters’ group clashed with police outside of Camp Nou.

They’re formally banned from Barcelona’s home matches but many still find their way into the stadium and regularly travel for away games.