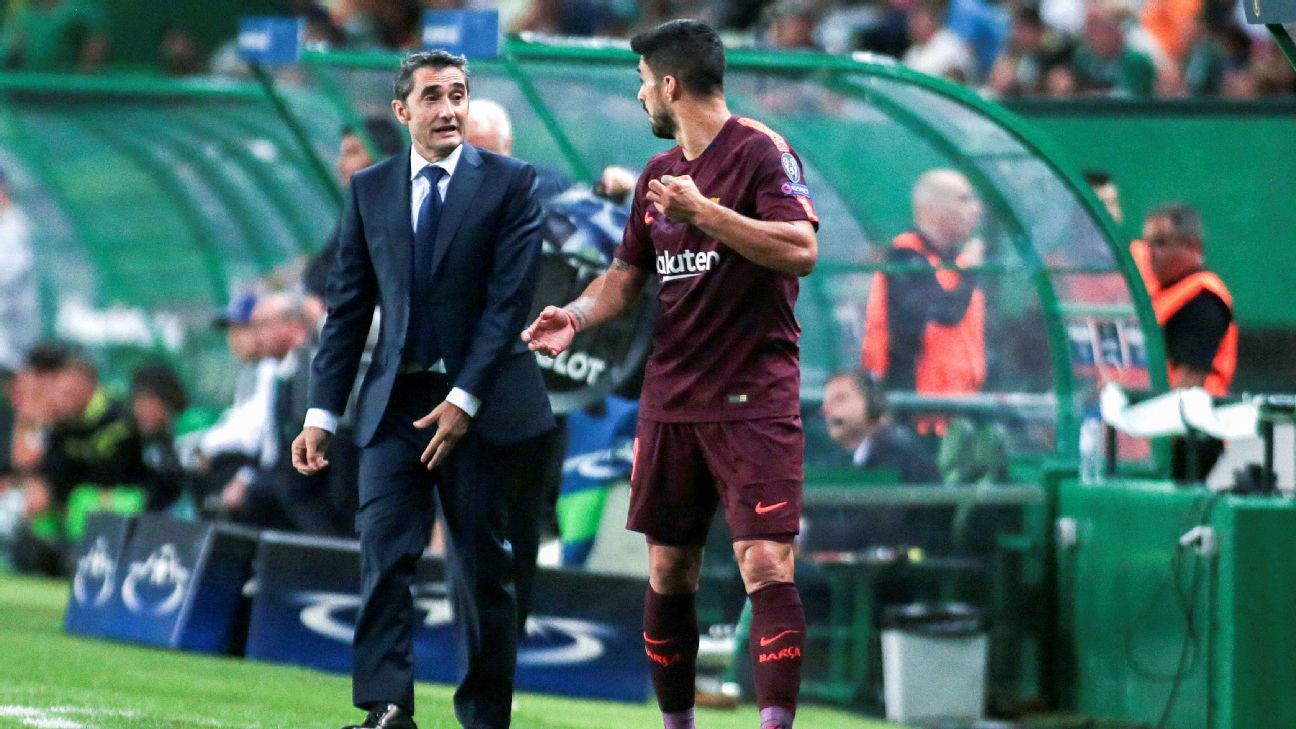 
BARCELONA — Ernesto Valverde has told Luis Suarez “not to give up” as the striker looks to re-find his best form when Barcelona host Sevilla at Camp Nou on Saturday.

Suarez, 30, has found the net 124 times since joining Barca from Liverpool in 2014 but just three goals in 13 appearances this season has seen him come in for increasing criticism in recent weeks.

Barca have denied that Suarez’s struggles have been because of a niggling knee injury, but they have requested that he sits out Uruguay’s friendlies against Poland and Austria next week.

That will give him the chance to rest his knee and recharge his batteries, but before then he’s expected to lead the line once again when Barca play Sevilla this weekend with the chance to make it 31 points out of a possible 33 in La Liga this season.

“When success depends on the ball being 10 centimetres more to the right, the question is whether he’s there or not [having chances],” Valverde said in a news conference on Friday.

“We know that Luis is a goal scorer and it’s about perseverance. He’s insistent and aggressive and he always has chances to score.”

Suarez is currently on a four-game run without a goal for his club, his last goal coming against Atletico Madrid on Oct. 14.

“The only thing I ask him is that he keeps on going and doesn’t give up,” Valverde added. “And I don’t think that he will.”

Another Barca player who has been in the spotlight for the wrong reasons in recent weeks is Arda Turan.

The Turkish international has not played a single minute of competitive football this season and is currently sidelined with a foot injury.

Meanwhile, he’s been constantly linked with a return to Galatasaray in January, although Valverde challenged him to turn things around at Camp Nou before thinking about moving on.

“I hope he’s motivated and committed to rectifying the situation,” the coach said when asked if he thought Turan wanted to revive his Barcelona career.

“He has experience, talent, but he’s also injured. So we have to wait for him to have the all clear before talking about the sporting side of things. If he’s fit, he could be an alternative, but we have to wait.”