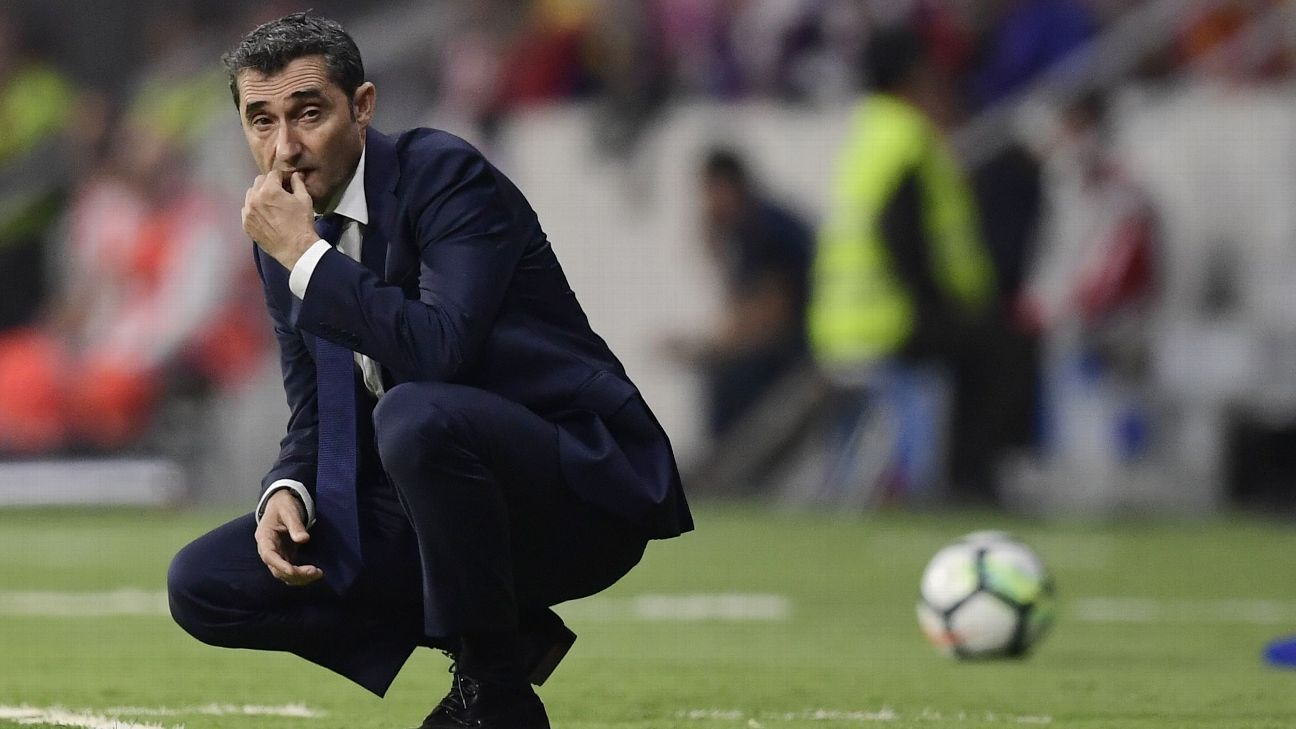 
Ernesto Valverde is hoping his next 100 days as Barcelona boss will be quieter than the incident-packed first 100 days of his tenure.

Valverde, 53, was named as Luis Enrique’s successor in the summer and has had to deal with a huge range of issues since taking the job, some more unexpected than others.

Barca’s tour of the United States was dominated by the speculation surrounding Neymar’s future, with the club then left in a difficult position in the transfer market once the Brazilian left for Paris Saint-Germain.

Real Madrid then hammered Valverde’s side in the Spanish Super Cup, but it’s events off the field — such as the terrorist attack in Barcelona, a coup against the club’s board and Catalonia’s push for independence from Spain — which have dominated the coach’s news conferences.

“At the end of the day, we worry about what happens on the pitch,” Valverde said on Friday when asked if things had been more turbulent than he’d anticipated when he first decided to leave Athletic Bilbao.

“Obviously there have been certain situations, some to do with the team, others to do with society… But you just look to get out onto the pitch, 11 against 11. Of course, it hasn’t been boring, so let’s see if the next 100 days are a little quieter!”

Despite all the drama, Valverde has managed to turn things around since the Super Cup defeat to Madrid, leading Barca on an 11-game unbeaten run in all competition.

On Saturday, they look to extend that streak against bottom-of-the-table Malaga at Camp Nou, although they have failed to score against the Andalusian side in four of their last six meetings and only picked up one point against them last season.

“That is something to take into account,” Valverde admitted in reference to Barca’s struggles against Malaga.

“Regardless of the coaches they have had, they have always got good results here. There was a decisive game against them last season in the title race, too, with Michel as coach.

“They’ve been a difficult team for us, but that’s an extra motivation. They need the points because they’re bottom and when you are in that situation you have to multiply your efforts. For us, it’s a chance to get three more points and carry on our good form.”

Valverde effectively confirmed that Jordi Alba, who missed the midweek win over Olympiakos with a thigh problem, will not be risked, but knocked back the suggestion striker Luis Suarez’s lack of form in front of goal is down to an ongoing injury problem.

“It is true that other day he had a small problem,” the coach said about Suarez, who’s scored three goals in 10 appearances this season. “I don’t think it was anything serious, though, and he was able to finish the game.

“Luis is a player who has always had a good relationship with the back of the net. He played well at Atletico, scored, and then he had chances against Olympiakos. We know he will have two, three, four chances in a game and he will be a nuisance for defenders.

“We don’t think [his fitness] is too much of a problem and the injury he had before is fine now. People always ask about him when he misses chances but it would worry me more if he wasn’t getting those chances.”