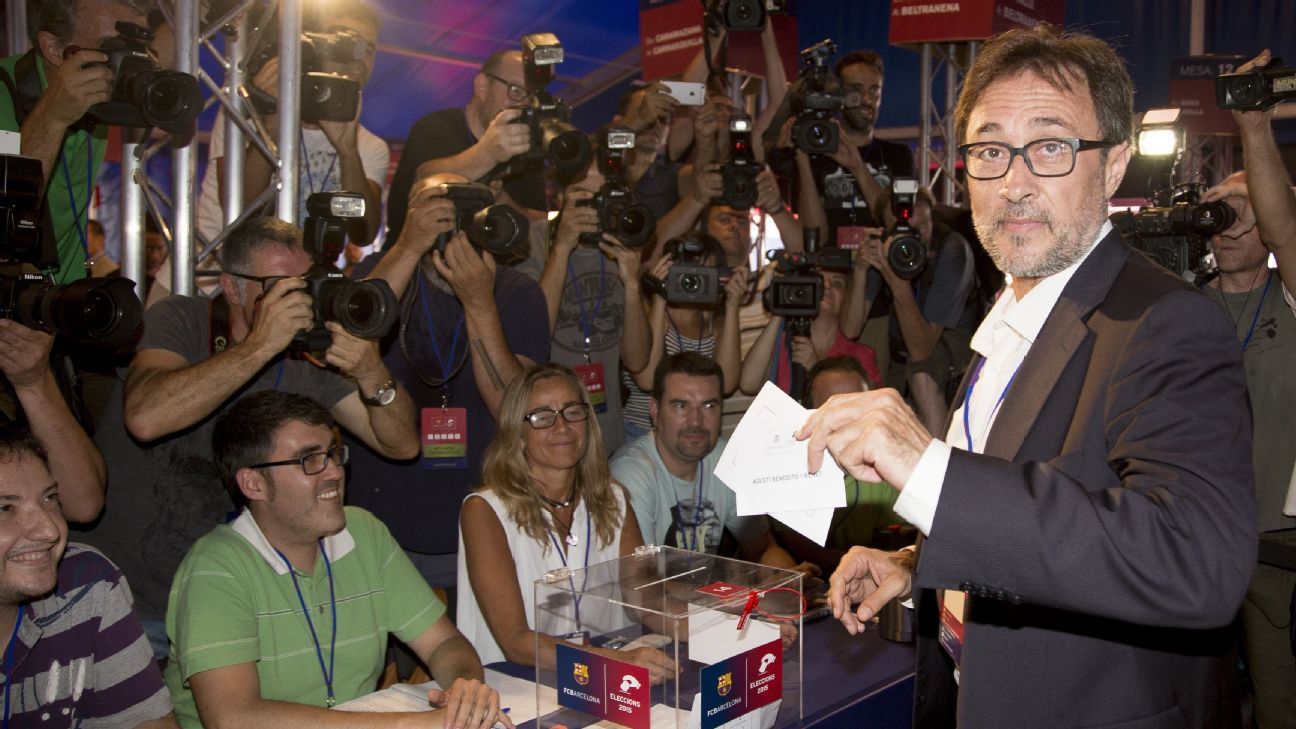 
BARCELONA — Agusti Benedito confirmed on Thursday that his vote of no confidence against the Barcelona board has failed.

Benedito needed to get the signatures of 16,570 club members in order to take the vote against president Josep Maria Bartomeu and his directors to a referendum, but as of Wednesday, when the club said the deadline for signatures was, he only had 12,504.

The deadline has been an ongoing issue between Benedito and the club throughout the process, which began earlier this month.

Barca maintained that it was Sept. 27, while Benedito said it was Oct. 2, which would have given him Sunday’s home game against Las Palmas to gather more signatures.

However, after Barcelona vice president Jordi Cardoner claimed on Wednesday that various independent adjudicators backed the club’s date — the argument came down to if Saturday should be considered a working day or not — Benedito admitted defeat.

“We’re calling time on the vote of no confidence,” he said.

“This is our last news conference. We did not expect that the club would complicate things so much, mainly with regards to the dates. The board has come down tough on us because the vote was going to be a success.

“We’re not planning another vote of no confidence because it’s a big effort — financially, too. Although it would not surprise me if someone else did because the reasons remain.”

However, Benedito went down with a fight, saying he will take the board to court as he believes they have “damaged” the rights of Barca members by not allowing the period for obtaining signatures to remain open until Oct. 2, which is his reading of the club’s statutes.

On top of the 12,504 signatures collected, Benedito said he expected another 1,500 to arrive in the post before Saturday, which would have given him the Las Palmas game to get the remaining 2,500 signatures.

But he has now had all the signatures destroyed by a notary to preserve the anonymity of the club members who signed the vote.

“Countless people have demanded that I do not give their information to the club in the case we did not hit the target because they do not trust the board,” Benedito said.

Speaking exclusively to ESPN FC earlier this month, Benedito had cited the Neymar tax case, former Barca president Sandro Rosell’s detainment and the uncertainty over Lionel Messi’s future as the main reasons why Bartomeu and his board should resign immediately.