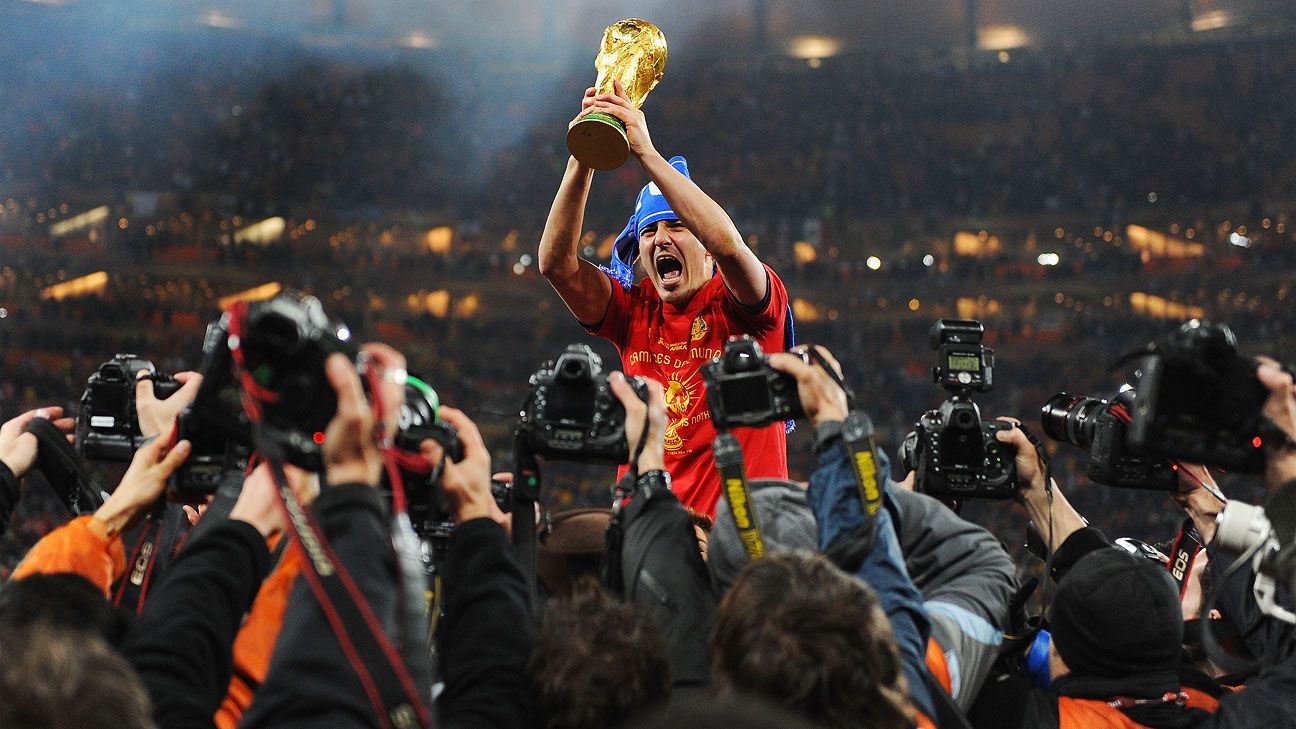 
Former Barcelona and Spain striker David Villa has announced he will retire at the end of the year.

Vissel Kobe striker Villa will hang up his boots after the end of the J-League season in January, bringing an end to a glittering 19-year career.

After 19 years as a professional, I have decided to retire from playing football at the end of this season,” Villa wrote on Twitter.

“Thank you to all the teams, coaches and teammates that have allowed me to enjoy this dreamed career.

“My goal is to put the icing on it by winning the Emperor’s Cup on @visselkobe January 1. From then on, I will continue to enjoy all the projects we are working on with the DV7 Group. Thank you for all your love.”

Villa, Spain’s record goal scorer with 59 in 98 appearances for his country, netted five times as they won the World Cup in 2010. He also won the Golden Boot as Spain won Euro 2008.

The 37-year-old has enjoyed a fine career which includes two La Liga titles and the Champions League with Barcelona, and another league title at Atletico Madrid in 2014.

He has scored 12 in 26 league games for Vissel Kobe and the J-League side wrote on Twitter: “Thank you for an outstanding career.”

On Tuesday, it was announced that an investment group including Villa had been granted a USL franchise in New York City.

Queensboro FC will begin play in 2021 in the USL Championship, the second division of professional soccer in the United States.