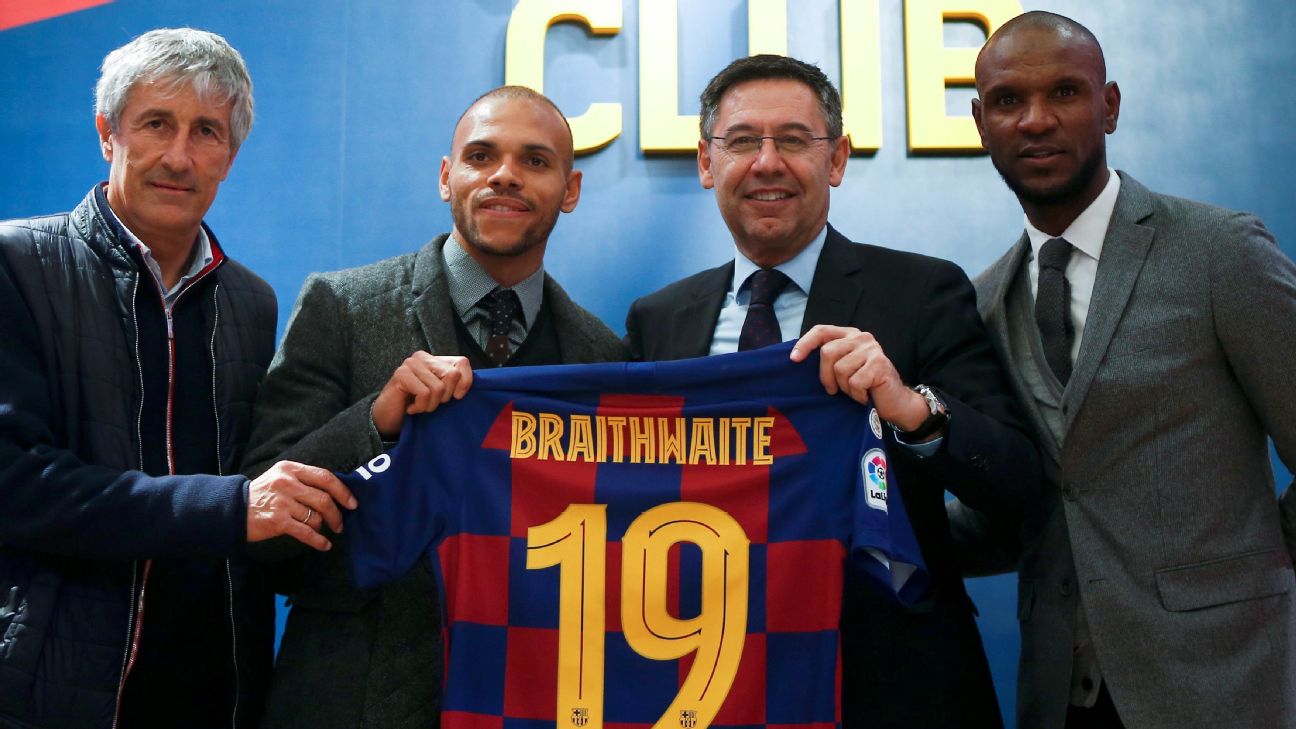 
Barcelona are scouring the market for players that are out of contract in the summer or that will have less than a year to run on their deals due to fears the coronavirus crisis will slash their transfer budget, sources have told ESPN.

Barca have been hit hard financially by the pandemic. They have already reduced the players’ wages by 70% for as long as the state of emergency lasts in Spain, which is one of the countries worst affected by the coronavirus. As of Thursday, there have been over 100,000 cases and more than 10,000 deaths.

Despite making over €900 million in revenue last season, Barca have seen a dramatic drop off in earnings over the last month. In addition to match-day income, they’re also losing all the money that the club’s museum and shops would make. There’s also uncertainty about how much prize money and television money they will now receive this season.

Before coronavirus ground football to a halt, Barca were working on deals for as many as five new signings this summer. Neymar and Lautaro Martinez were their main two targets but they were also in the market for a right-back, a midfielder and a young centre-back who could become Gerard Pique‘s long-term replacement.

However, sources have explained that the club are now preparing for a completely different landscape when the game does finally resume.

Even before the coronavirus outbreak, sources had told ESPN the club needed to bring in up to €140m to fund their summer splurge. There’s now an acknowledgment that will be even more difficult — maybe even impossible — in the current climate.

Sporting director Eric Abidal and his team are using their time at home in isolation to look in-depth at all the players whose contracts are expiring this summer. They are also seeking out what players are moving into the final 12 months of their deals and could be available for a knocked-down price.

In addition, sources have explained that the club will also offer players as makeweights in deals in an attempt to bring costs down.

Speaking earlier this week, Barca president Josep Maria Bartomeu insisted the club will still be able to sign the game’s top players when the crisis eases, but he also admitted that the effects of the virus on all clubs’ finances will massively influence the transfer market.

“There won’t be as much cash but there will be more player exchanges,” he told Diario SPORT.

A club source told ESPN there have already been talks regarding swap deals with other teams.

“Everything is going to be more limited, but there are good footballers [available],” the source said, adding that the flip side is that prices are expected to drop, too.

Barca do not believe prices will drop enough to be able to land both Neymar and Martinez, though, and there is now an internal debate about which forward they should focus their efforts on.

They have several options when it comes to Neymar, including invoking FIFA’s rarely used article 17, which allows players to unilaterally cancel their contracts when the three-year protected period ends. Martinez, meanwhile, has an €111m release clause in the first two weeks of July.