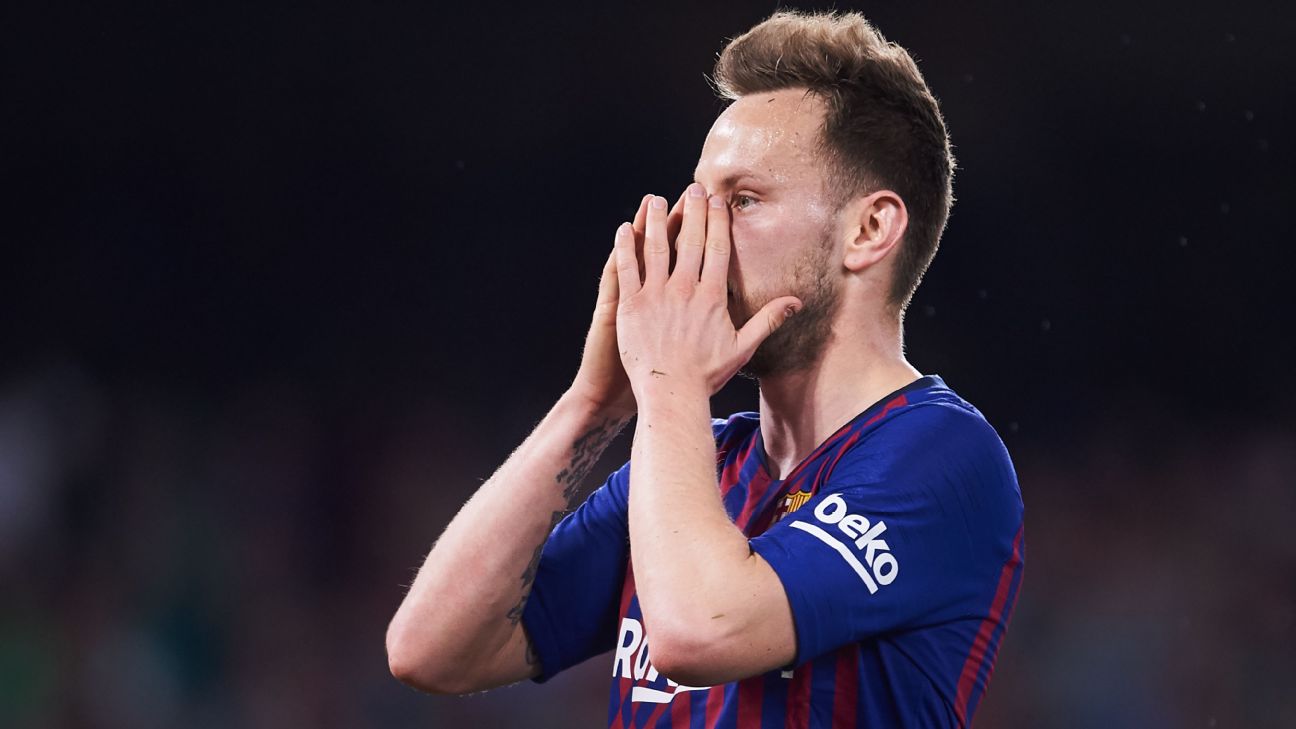 
Barcelona are not planning to offer midfielder Ivan Rakitic an improved contract and even though the club do not want to sell him this summer, they may end up doing so, sources have told ESPN FC.

Rakitic, whose deal expires in 2021, made it clear last month that he wanted to stay at Camp Nou amid reports suggesting the signing of Ajax’s Frenkie de Jong could force the club to sell a big-name midfielder.

Rakitic, 30, had the chance to join Paris Saint-Germain in August of last year. The French club were prepared to pay up to €80 million and offer him a huge pay rise, but Valverde managed to talk him into staying.

After turning down PSG, Rakitic appealed for a “gesture” from the club in the form of an improved contract. However, sources told ESPN FC at the time — and president Josep Maria Bartomeu later confirmed — that the finances were not in place to renew his terms.

Following that news, many expected Rakitic, whose release class is €125m, to want to move on for that reason and due to the challenge to his first-team place in the club’s stacked midfield.

The Croatia international had been touted as the most likely to go because of the number of suitors he has around Europe. Manchester United were the most recent club to be linked with him but last month there was also strong reported interest from Inter Milan.

“For Valverde, he is a key player. He plays both positions inside well and he acts like a defensive midfielder, working with [Sergio] Busquets,” said a source within the dressing room.

“Valverde continues to deny that he [Rakitic] could be sold, but we shall see what happens during the transfer window.”

The source said the feeling is the same in the front office, although everyone at Camp Nou is conscious of the club’s need to have enough funds available to be able to compete for opportunities against clubs who have “other, larger sources of income.”

Should that moment arrive, the manager “could be in favour of moving out other players before Rakitic.”

Asked who those players might be, the source said one could not rule out Samuel Umtiti or Philippe Coutinho, both of whom are potential candidates.

Barcelona beat Real Madrid as world’s most valuable club
Havertz, Pulisic show they can be potential solutions to Tuchel’s biggest problems at Chelsea
Ronaldo and Pogba to give world glimpse of home lives in new documentary shows
Solskjaer, Mourinho clash after VAR controversy in Man United win vs. Tottenham
Arsenal struggle as Bellerin, Gabriel get 4/10 but Nketiah saves the day