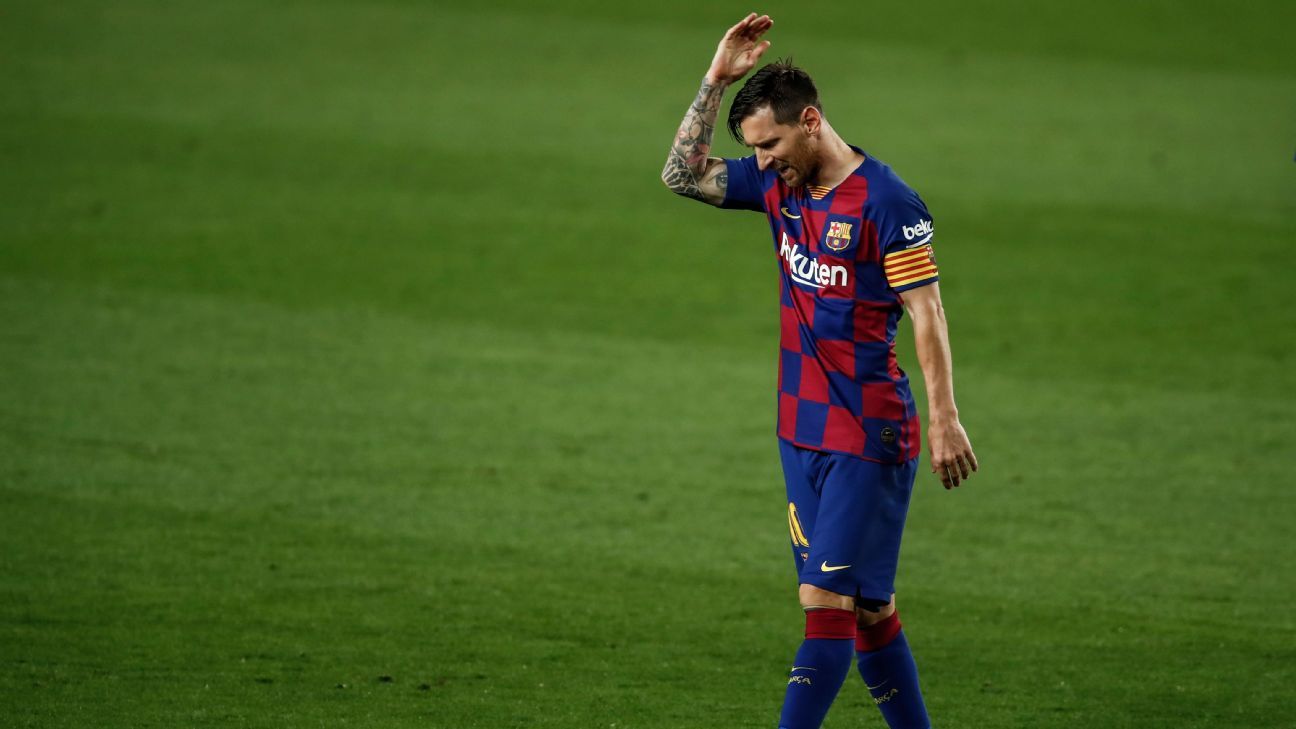 Beleaguered Barcelona coach Quique Setien has said he did not feel criticised by Lionel Messi’s outburst after Thursday’s shock 2-1 defeat to Osasuna and insists he has not thought about resigning.

Messi branded Barca “inconsistent” and “weak” in an angry postmatch interview after Real Madrid were crowned La Liga champions for the first time since 2017.

The forward also said performances since January had been especially bad. That comment was interpreted by many as a dig at Setien, who replaced former coach Ernesto Valverde in the Camp Nou dugout at the turn of the year with the team top of the table at the time.

“No, not at all,” Setien said in a news conference on Saturday when asked if he felt singled out by Messi. “I think in certain moments we all say things that are interpreted badly. It’s the fruit of a moment of frustration.”

Messi went on to say that if drastic changes are not made then Barca would lose to Napoli in the Champions League next month as the club face the prospect of a first trophyless season since 2007-08.

“Some things we agree on and other things we don’t,” Setien added. “[Messi] is right to say that if we play as badly as we have done in some games we won’t win anything.

“But we have also played well in other games and, playing like that, we could win things. We have to be more consistent. If we manage to play as we did against Villarreal, we could win the Champions League.”

Sources told ESPN after Barca’s draw with Celta Vigo in June that Setien’s relationship with his players was strained. He admits it has been challenging to control a dressing room that has enjoyed so much success.

“The players here have been winning everything for the last 15 years and the management [of these players] is totally different to other teams,” he said. “There have been some situations that have been difficult to resolve, but I don’t think anything out of the ordinary in a dressing room like this one.”

• Insider Notebook: Ozil vs. Arsenal
• Solskjaer hits back at Lampard, Mou
• Setien unfazed by Messi outburst
• Leeds back in Prem after 16 years
• Mou on City: Some clubs break rules

President Josep Maria Bartomeu is aware of the delicate relationship between the coach and the players but sources say he doesn’t want to make a snap decision despite the increasing pressure on Setien.

However, sources revealed to ESPN that the Osasuna loss, which ended a 42-game unbeaten streak at Camp Nou in La Liga, led to crisis talks between Bartomeu and Setien on Friday.

“It’s normal that there are meetings of this type,” Setien said, confirming the talks. “We are all restless to improve. We try to look for solutions to change things and that’s what the meeting was about.”

Asked if the toxic atmosphere had made him consider his future, Setien responded: “The day I arrived I said I was going to enjoy myself until the last day. I am still enjoying myself despite the circumstances — I never thought it would be easy.

“I am not experiencing anything I haven’t experienced before. At no moment have I felt that I wanted to leave.”

Barca conclude the La Liga season at Alaves on Sunday. Due to injuries and suspensions, they have just 16 players available for the game, including four B team players and three goalkeepers.

The squad will then have a week off before returning to prepare for the second leg of the round-of-16 tie with Napoli in the Champions League at Camp Nou on Aug. 8. The first leg ended 1-1 in Italy in February.

Netherlands captain Wijnaldum is the type of player every top team, from Liverpool to PSG, needs
Barcelona’s Antoine Griezmann sets sights on MLS move in 2024
Varane and Rodrygo for Mbappe; Ronaldo, Ramsey for Pogba
McTominay and Scotland ready to do it the hard way as England tie looms
England-Scotland big in Euro 2020 as well as being soccer’s oldest international rivalry