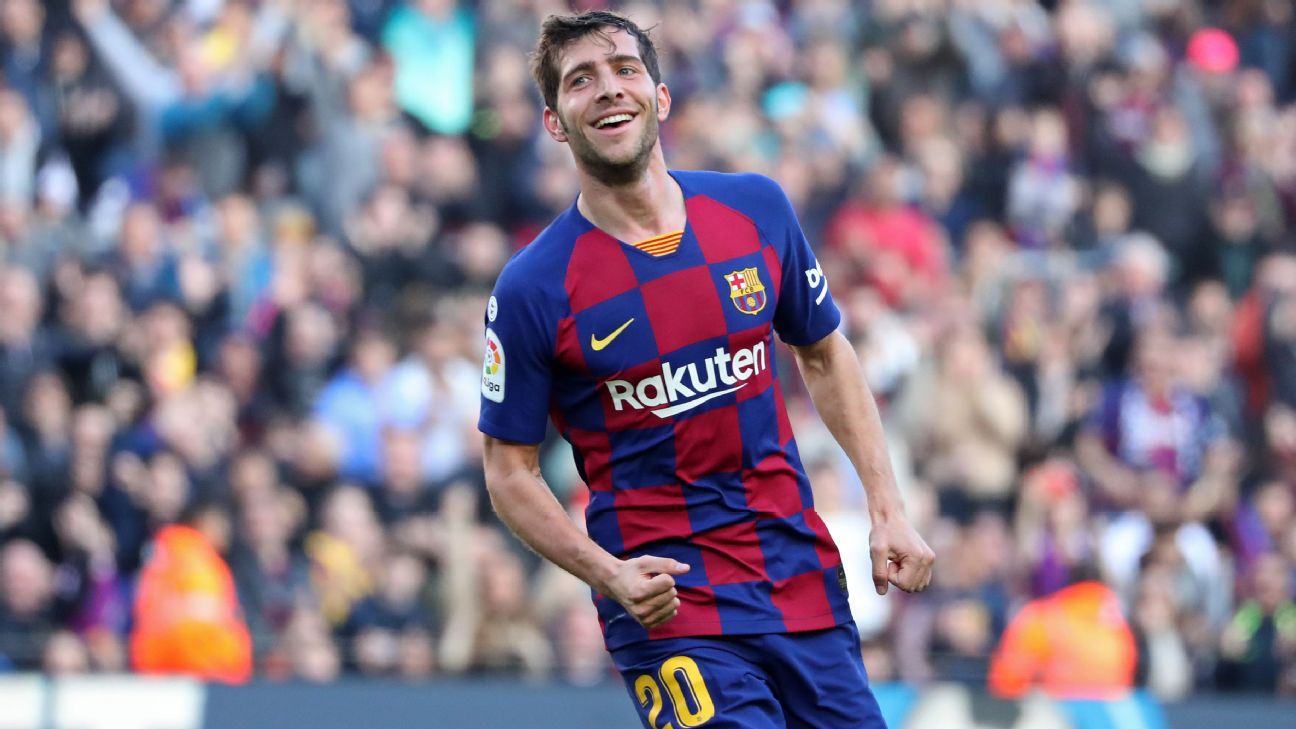 
Barcelona midfielder Sergi Roberto has said the world will be looking at how the Bundesliga handles playing football again this weekend but said he expects to play without fans for the foreseeable future.

La Liga is working to re-start its competition on June 12 but has yet to get the green light from Spanish authorities.

Meanwhile, the Bundesliga is set to resume with six matches on Saturday, the first of Europe’s elite leagues to return to action and no fans will attend the games.

“Personally I still don’t have the idea in my head that we are going to play like this [behind closed doors],” Roberto said.

“Now that the Bundesliga will re-start, I think it will all depend on how it goes there. We’ve already played without fans but it’s very strange and tough.

“It’s going to be strange to play in front of an empty stadium. Football isn’t the same without fans. We play for ourselves but also for the fans, for the people in the stadium enjoying our games. But we know that although they can’t be in the stadium, they’ll be cheering us on from home.

“We’ll be playing at 100% so that our fans at home feel happy in such difficult times.”

Barca and Real Madrid are among seven La Liga clubs that will still have to wait until at least May 25 to have group training sessions since their regions have not moved to Phase 1 of the four stages that the government announced to gradually lift the lockdown and reach a “new normality” by the end of June.

Spanish clubs are following a strict protocol set up by La Liga to limit the risk of the virus spreading.

Nevertheless, Roberto has said it has been “very positive” to resume training, even if it’s only individual workouts.

“The first week has gone very well,” he added. “We were all looking forward to getting back to work. I think all my team-mates are the same. We have spent a lot of time at home so we’re getting back into the feeling of being with the ball on the pitch.

“We still can’t all be together because we are divided into groups in different pitches and they’re more individual sessions. I hope it goes well and everyone respects the measures and that we can soon pass to the next phases and be together, which is what we want.”

“We have to arrive for training already in our kit. We can’t go in the dressing room or anything. We just put on our boots and each player comes five minutes after the next so there’s no contact. Then each player has his part of the pitch. So we go there and warm-up, always keeping a distance from other players.

“When we finish, it’s the same. We go and change our boots, put on our shoes and go home in the same clothes that we wore for training. We have to shower at home and the next day, it’s the same again.”

Real Madrid’s Casemiro also commented on the Bundesliga’s return on Saturday. Speaking on the club’s in-house television channel, he said: “It’s a very important step not just for football but also for society, to show and teach people that yes we can. I think if we comply with the measures that we have to, we also can.”