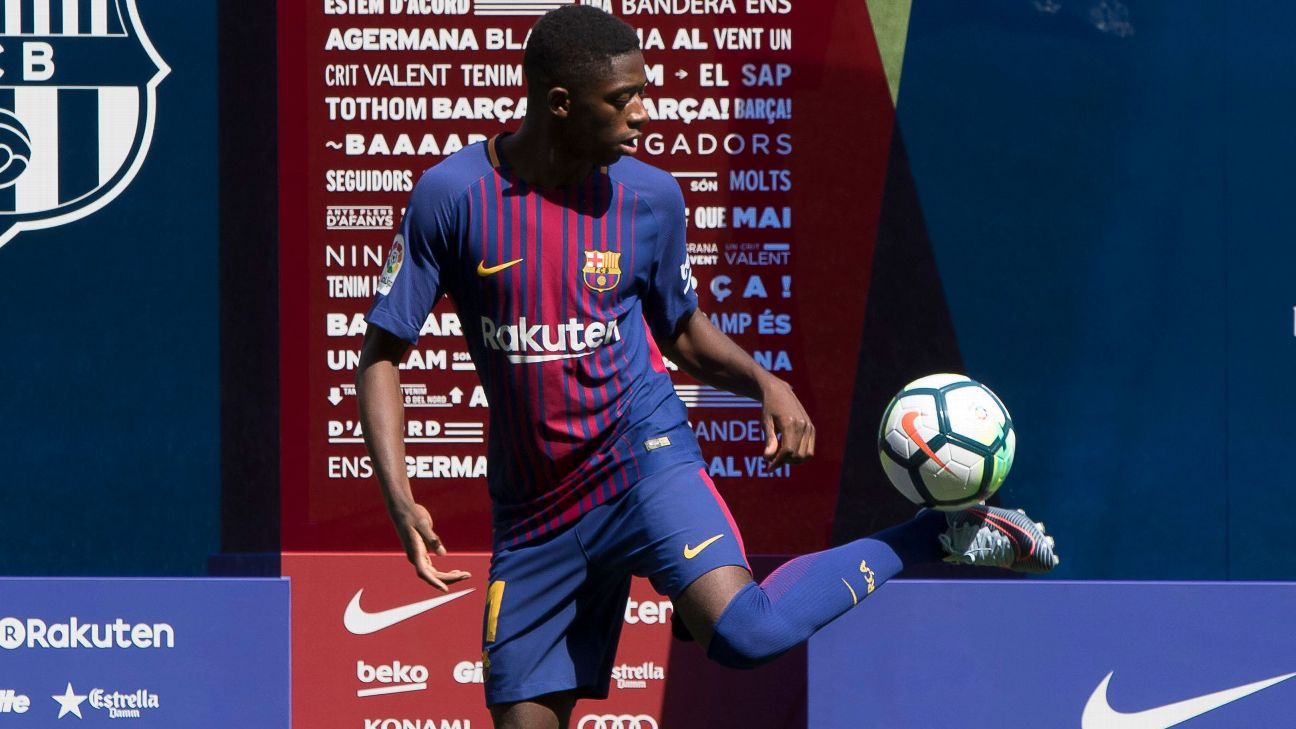 While the Gabon international may have just played a huge role in winning the FA Cup for the Gunners on Saturday, there are still plenty of questions surrounding his future in North London. The aforementioned report indicates that Aubameyang “dreams” of this signing becoming a reality.

If Arsenal want to keep him on the books, they’ll likely do everything in their power to accommodate his desires despite Dembele not being convinced over leaving the Camp Nou.

More from north London here as The Telegraph is reporting that Sevilla defender Diego Carlos is at the top of Arsenal’s wishlist this summer.

It’s no secret that the Gunners’ defensive issues in recent years have really held them back both domestically and in Europe. Now, with a short turnaround before the new season begins, Arsenal boss Mikel Arteta knows that he has to act fast if they want to compete in the Premier League.

Technical director Edu views him as a priority signing given their planned squad overhaul, but with a handful of other clubs including Liverpool being interested, they may have a fight on their hands.

The 22-year-old made 30 appearances during the Canaries’ Premier League campaign, but even after they were relegated from the top flight plenty of European clubs have made their interest in the youngster known.

Godfrey’s agent reportedly met with Milan representatives at a hotel earlier in the week, but with his current deal taking him through until 2023, the club wants at least €30 million in order to agree to the move.

– The Sun is reporting that Aston Villa are contemplating a move for Liverpool striker Divock Origi. The Belgian, who served as the Reds’ cult hero during their 2018/-9 Champions League campaign, is still considered to be a fringe player at Anfield. Villa, on the other hand, are in desperate need of some more options up top after a close call with relegation.

– Nottingham Forest look set to reject a £10m bid from Sheffield United for defender Matt Cash, Sky Sports reports. Forest, who dramatically missed out on a place in the Championship playoffs this season, want a fee closer to £15m if they’re going to sell Cash. If the Blades are particularly eager to get a deal done, though, they may include a player of their own as part of the transfer.

Manchester United unwilling to meet Kieran Trippier, Raphael Varane asking prices
Police hunt driver who hit U.K. pubgoers after England vs. Scotland game
France’s stars rolled up their sleeves to beat Germany. Here’s what else we learned from first round of games
Netherlands captain Wijnaldum is the type of player every top team, from Liverpool to PSG, needs
Barcelona want Aymeric Laporte but need to offload Clement Lenglet