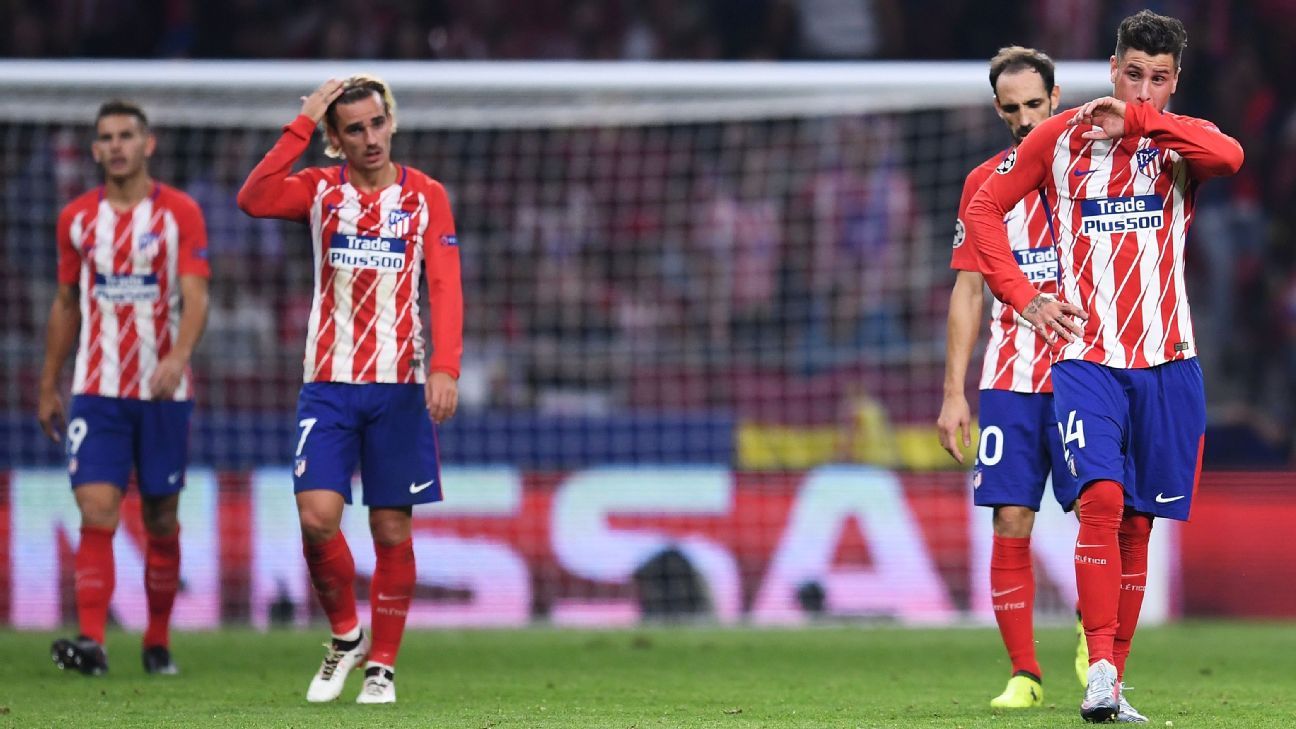 
Atletico Madrid coach Diego Simeone has accepted his side are under pressure ahead of Tuesday’s make-or-break Champions League Group C game at home to Qarabag.

Atletico have just two points and one goal from their first three Group C outings — a 0-0 draw in Roma, 1-2 defeat at home to Chelsea and a 0-0 draw at Qarabag a fortnight ago — results which have seriously endangered the 2014 and 2016 finalists’ chances of making this year’s last 16.

The rojiblanco coach told his pregame news conference at the Wanda Metropolitano that the team having consistently reached the final stages of the competition had added extra pressure.

“Our success in the last few years in all competitions means that if we don’t get an excellent result there’s criticism, but we need to live with that if we want to achieve excellence,” Simeone said.

“We have a responsibility tomorrow. It’s an important match for the club, the fans, the players, me. We’ll play it knowing this.”

Asked if he personally might have done things differently this season, Simeone accepted his share of the responsibility.

“The boss is always responsible for what happens on the pitch,” the Argentine said. “I’m not shirking any of that. We haven’t started that well in the Champions League. We deserved to win at Roma, and Chelsea were very good here.

“We could’ve done better in the first meeting between these two sides. We’ve got a marvellous opportunity in front of us tomorrow and we’re ready for it.”

Atletico have drawn five of their last six games in all competitions, including Saturday’s 1-1 La Liga draw at home to Villarreal, scoring just four goals in total over that stretch.

“You always worry over results,” Simeone accepted. “Any coach will tell you that. You always want to improve, to win, to reach the club’s objectives. We want Atletico to be amongst the best sides in the world. It’d be bad if I wasn’t worried — being relaxed would be bad.”

Asked why he chose the unusual step of taking the players to their old home, Simeone gave nothing away.

“Because the coaching staff can choose where we train, and we thought the ideal place for today was the Vicente Calderon.”