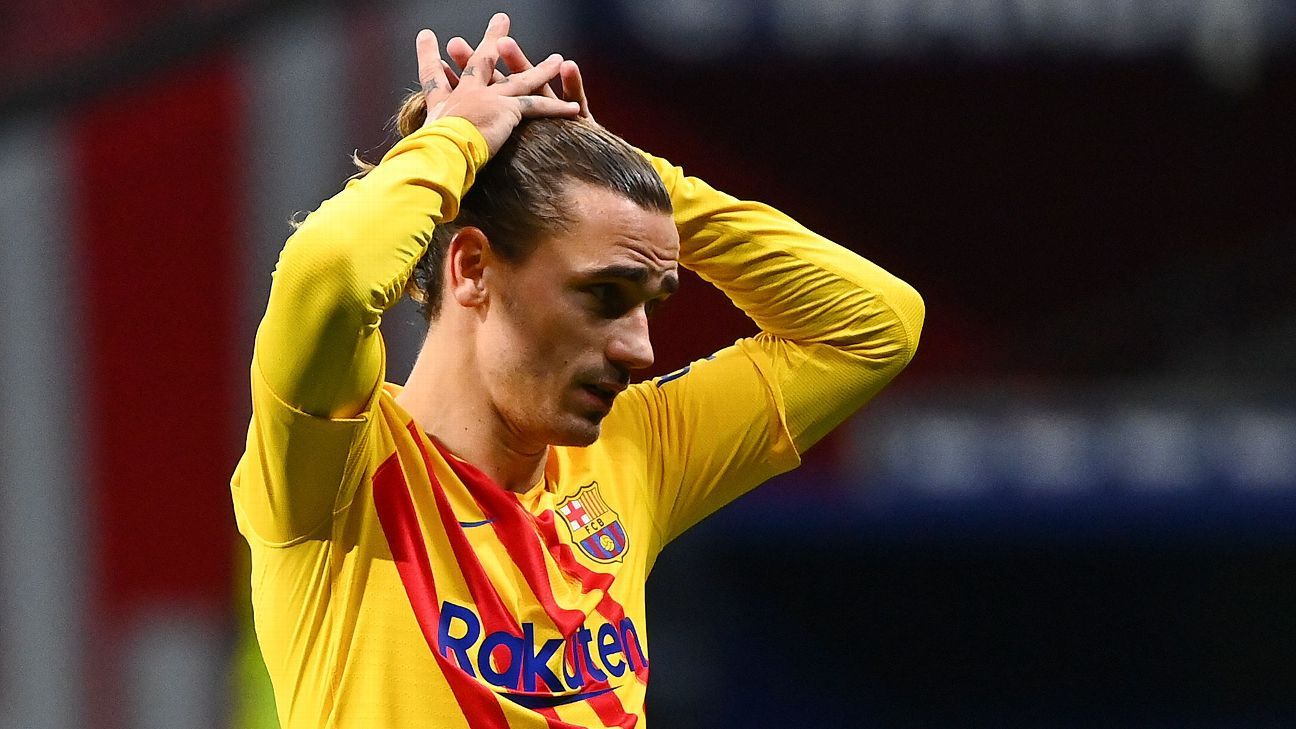 Antoine Griezmann has not had the greatest time of his career at Barcelona and, according to information from Sique Rodriguez published by Carrusel Deportivo, Atletico Madrid made an effort last transfer window to put that period to an end.

It is suggested that Atleti offered Barcelona Mario Hermoso, Thomas Lemar and Alvaro Morata in an effort lure the France star back to the Wanda Metropolitano.

However, a deal was not reached, with Barcelona president Josep Maria Bartomeu reportedly deeming the 29-year-old to be irreplaceable.

Atleti boss Diego Simeone, who finally got his first La Liga win over the Blaugrana on Saturday, does have a good relationship with Griezmann though, and talks to lure the striker back to Madrid could resume in January.

Football Insider has suggested that Tottenham Hotspur may be in the search for another centre-back during the upcoming transfer window.

The outlet claims that the North London club may be willing to let defender Davinson Sanchez leave as he has fallen down the pecking order under Jose Mourinho.

The Colombia international wasn’t even in the matchday squad for Spurs’ 2-0 win over Manchester City on Saturday, with Joe Rodon featuring on the bench instead.

If Spurs do sell the 24-year-old, it seems some of that money will be reinvested to help find a replacement centre-back.

Inter Miami want to sign the wantaway Chelsea striker Olivier Giroud, according to the Mirror.

David Beckham’s MLS franchise, who were knocked out of the playoffs by Nashville on Friday, could pair him in attack with former Juventus man Gonzalo Higuain.

Giroud is looking to leave Chelsea due to the lack of game time he has been afforded at Stamford Bridge, especially after the arrival of Timo Werner.

There will be more urgency for the Frenchman to leave and get more minutes under his belt after Didier Deschamps hinted this week that the striker not playing could impact his hopes of making the Euros squad.

“We will talk to Jerome and his management at a reasonable time and make a fair decision for everyone,” Salihamidzic said, before adding that the contract of the former national player is “not at all at the moment the subject with us.”

– Jorge Jesus has admitted that he would be happy to be reunited with William Carvalho at Benfica, reports La Razon. The Real Betis midfielder has returned to prominence under Manuel Pellegrini — something that does not surprise Jesus, who managed him at Sporting CP. While there is no immediate plan to bring the 28-year-old back to Portugal, the Benfica boss seems very much open to the idea.