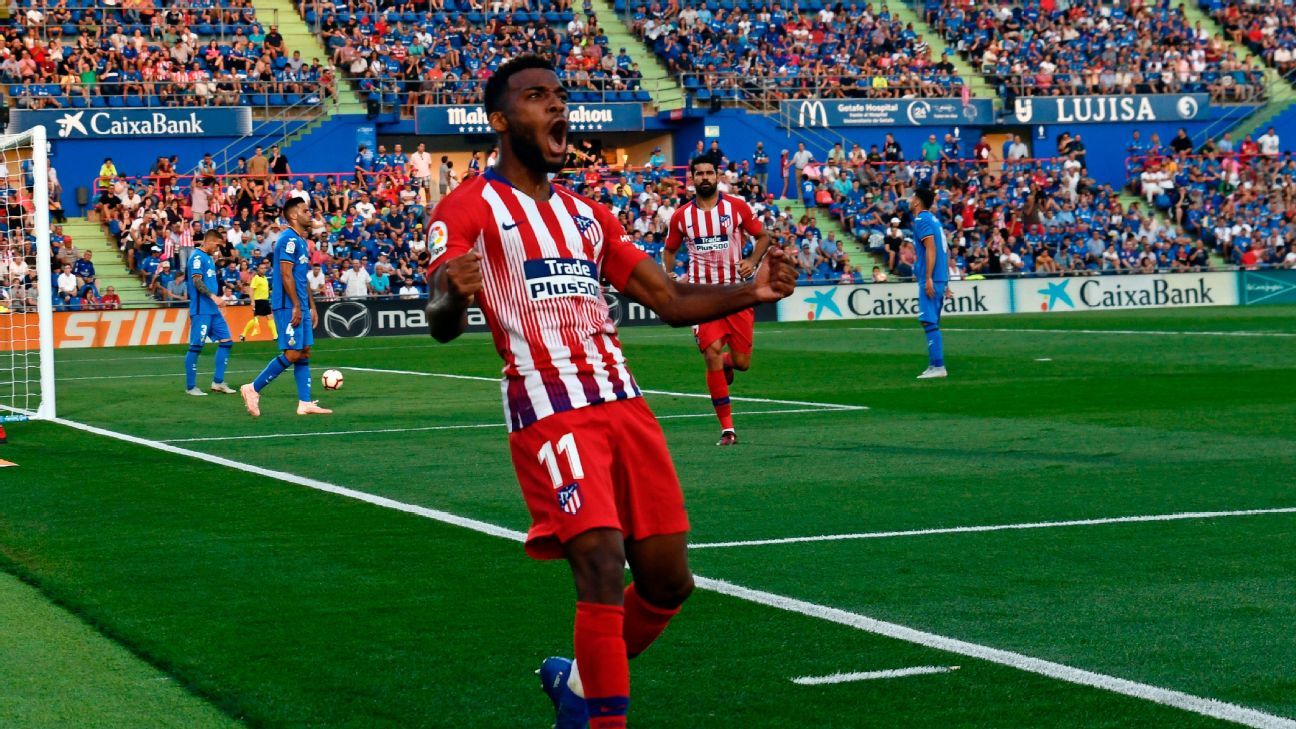 
Atletico Madrid continued their resurgence with a comfortable 2-0 victory away to Getafe on Saturday evening.

Thomas Lemar was the star of the show, with the Frenchman smashing a shot against the bar that rebounded off the keeper for the first, before coolly slotting the second in what Los Rojiblancos fans will be hoping is a taste of things to come.

Getafe were then reduced to 10 men for a nasty stamp on Saul Niguez by Ivan Alejo with 20 minutes to go and they had little trouble in seeing out the victory.

The only low point was the lack of visiting fans who decided to travel — they were understandably making a stand against the high ticket prices charged by Getafe. Hopefully it will be a lesson learned by club and league.

Atleti look somewhere close to their best, and Lemar’s role is hopefully a sign of things to come.

Hard to pick holes in a 2-0 win. Maybe it could have been three, but that is being very picky!

8 — Diego Simeone raised a few eyebrows when he decided not to opt for Diego Godin from the start, however it paid dividends. Was also rewarded for his faith in Lemar.

DF Juanfran 7 — Was indefatigable up and down the right-hand side. Final ball could have been better, but this was much more like the Juanfran we are used to.

DF Jose Maria Gimenez, 8 – Solid as a rock. Comfy on the ball and hard off it. Won every battle he had to and made a crucial block at 0-0.

DF Lucas Hernandez, 8 — Finally given a chance at centre-back and he took it with both hands. Kick-started the move that lead to the second with a cool head at the back, while his all-round display was top drawer. Finished as a wing-back and won a free kick in a dangerous position.

DF Filipe Luis, 7 — Looked to get forward at every available opportunity and appeared more comfortable with a left-footer next to him before being subbed off.

MF Koke, 6 — Worked the ball well and delivered a couple of teasing set-pieces.

MF Saul Niguez, 7 — Better than he has been in recent weeks. Lucky to escape serious injury when stamped upon late, but before that looked threatening.

MF Rodrigo 7 — Starting to look the part in the middle of the park. Was solid and offered the back four the protection that they need. Surprising to see him subbed.

MF Thomas Lemar 9 – The break-out performance  his Atleti career needed. Produced a great shot that resulted in the first goal and was then involved in the build-up to the second before producing a cool finish for his first goal since moving from Monaco in the summer. Brilliant.

FW Antoine Griezmann, 6 — Worked hard for the team and ran the channels but struggled to get involved in the crucial moments. Fortunately, the team need to learn to cope when he is not having a good game and it appears they are getting there. Missed a sitter in injury time.

FW Diego Costa, 7 — Showed great fight in the build-up to the first goal, which was vintage Costa as he grappled with the centre-half. Missed a one-on-one he should have buried on his left foot late on.

Thomas Partey, 6 — Brought a more defensive mindset to the middle of the park.

Diego Godin, 6 — Coped well with what was thrown at him, but will be worried for his place.