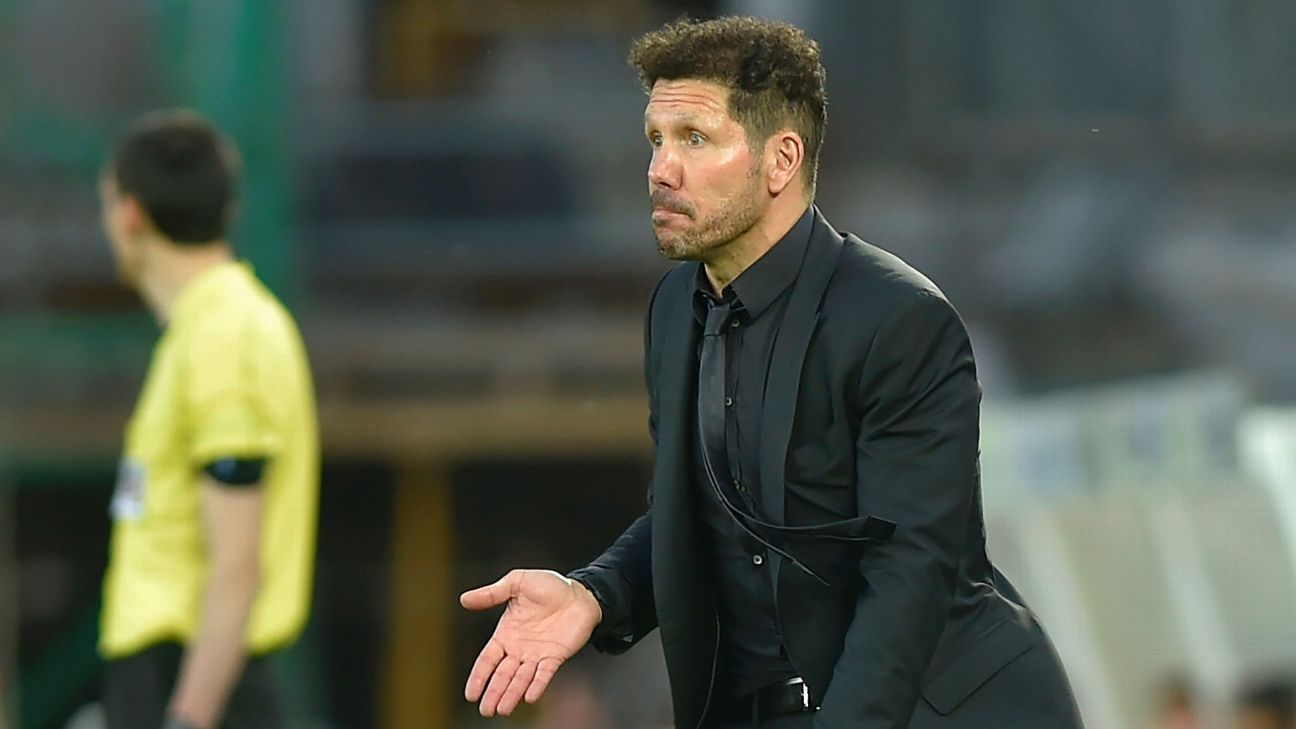 
Atletico Madrid coach Diego Simeone says his team’s good and bad experience in recent finals should be a big positive ahead of next Wednesday’s Europa League decider against Marseille.

Simeone has now guided Atletico to four major finals [not including Supercups] during his six-plus years in charge — with his team having won the 2012 Europa League against Athletic Bilbao and 2013 Copa del Rey against neighbours Real Madrid, but losing to their neighbours Real in the 2014 and 2016 Champions League finals.

The Argentine coach told reporters at the official media day ahead of next week’s final that all of these had been learning experiences, and his team now knew the difference between being on the winning or losing side on the final whistle.

“I always say that having the opportunity to play in finals give you the experience of things you have lived through,” Simeone said. “You take positives and negatives away, but the important thing is you were there. You know what it is like when you win, when you lose…”

Finishing what had been such a challenging season with a trophy would be extra special, the former rojiblanco player suggested.

“Not being able to sign anyone at the start of the season, then two arriving and five leaving [in the winter window], exiting the Champions League, now we are in the Europa League final, second in la Liga,” Simeone said. “It is a good season in terms of work, and winning a trophy would bring us to a higher place.

“But then you look at the day-to-day work, and youngsters who have made a step up — Thomas [Partey], Lucas [Hernandez] and [Angel] Correa. The consistency of Koke, Saul’s improvement, another year for Gabi, [Antoine] Griezmann, [Diego] Godin, [Jan] Oblak.

“We know we have done things that were not the best, but always looking for the best for the club. Six years ago I said I wanted a team that annoyed people, and I still want to be even more annoying….”

Another big challenge this season has been dealing with constant speculation over Griezmann’s future, with the “open day” being dominated by this week’s developments in his potential €100 million summer move to Barcelona.

Simeone declined to comment directly on the Camp Nou outfit’s public courting of his player, but suggested he was not impressed by the behaviour of blaugrana president Josep Maria Bartomeu in admitting this week to having met the France international’s agent last October.

“I was taught that you should choose to behave in one way, and everyone else would choose their own,” he said. “Each person behaves as they believe is best. We just think about ourselves, trying to always manage ourselves in the same way.”

All the talk about Griezmann’s future would not divert the team from its objectives over the final two weeks of the season, Simeone maintained.

“I am like a racehorse looking straight ahead at Getafe [on Saturday in La Liga] and the final,” he said. “I don’t listen to anything, am only concerned with the games and the team. Griezmann seems fine to me, training as always.”